The two F-35 fighter jets are expected to land in Israel on Monday afternoon.

By NOAM AMIR/MAARIV
DECEMBER 8, 2016 17:44
F-35 fighter jets en route to Israel (Credit: IDF)
Advertisement
Two US-made F-35 stealth fighter jets on Thursday began their voyage en route to Israel where they will be acquired by the Jewish state after their expected landing next week at the Nevatim Air Force base near Beersheeba.The two planes are set to request clearance to land this coming Monday at  2:30 p.m., when American pilots will transfer the "keys" to Prime Minister Benjamin Netanyahu and to IAF Maj.-Gen. Amir Eshel.The IAF commander is due to place the White Star of David sticker, the emblem of the IAF, on the jet that is expected to transform the IDF as the leading military in the Middle East for the next 40 years. 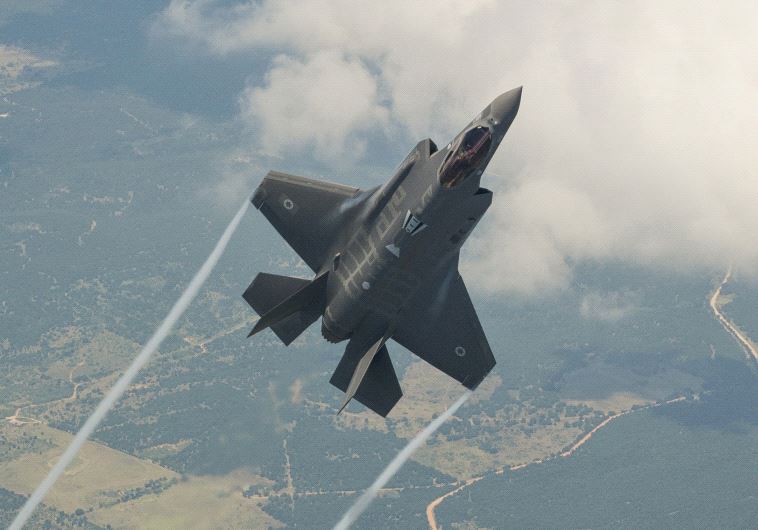 The Lockheed Martin F35 fighter jet plane, also known as the Adir, in a test flight (Credit: Lockheed Martin)The IAF vowed that the day after the aircraft arrive, the jets will perform their first flight by Israeli pilots over the Masada fortress. From there, the jet will undergo a transformation where IAF systems will be installed and will be adjusted for Israeli controls.The Israeli configuration process is expected to take several months, after which the fighter jets will be operational.Built in the US by Lockheed Martin, the Israeli F-35s have components built by Israeli companies – including Israel Aerospace Industries, which produced the outer wings, Elbit Systems- Cyclone, which built the center fuselage composite components, and Elbit Systems Ltd, which manufactured the pilots’ helmets.According to senior Israeli officers, as well as senior US officials, the F-35 is the ultimate stealth fighter jet, able to evade enemy radar, including the Russian-made S-300 missile defense system deployed in Syria and Iran’s Fordow nuclear facility, while flying at supersonic speeds. With close air-support capabilities and a massive array of sensors, pilots have an unparalleled access to information while in the air.Israel is the first country to receive the F-35 outside the US and once the jets land in Israel, they will not leave the country, excluding combat missions.Last Sunday, the security cabinet unanimously approved the purchase of an additional 17 F-35s, which will bring the number of the advanced jets in the IAF to 50.Anna Ahronheim contributed to this report.