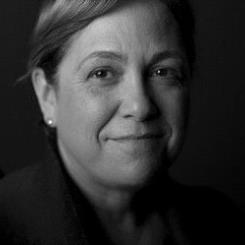 Vivian Bercovici served as Canada’s Ambassador to Israel from 2014-16 and in a short time established herself as a strong, articulate and forceful commentator and leader on Israeli politics, foreign policy relationships and the business environment.

Prior to her appointment by former PM Stephen Harper as Ambassador, Vivian practiced law in Toronto for 24 years. She was actively involved in the dynamic Jewish community in Toronto, wrote a column on Israel-related issues in The Toronto Star, taught as an adjunct professor at the University of Toronto Faculty of Law, and raised two lovely daughters as a single parent.

She currently resides in Israel with your younger daughter and is engaged in private business ventures as well as public speaking on issues related to the Middle East, with a particular focus on Israel.

Numbered forearms were everywhere, and everyone knew what that meant

No more or less a whore

Eurovision: Not the time for inside jokes

The redoubtable Nikki Haley: Warming up for the Oval Office

When toys become weapons and nobody notices

The vanity and art of the deal

Of ravines and lakeside retreats

On the linguistics of Polish death camps and other things antisemitic

Of Leningrad and St. Petersberg; refuseniks and ISIS

Of Leningrad and St. Petersburg; refuseniks and ISIS