After Netanyahu comments, Germany says responsibility for Holocaust is 'very much our own'

"All Germans know the history of the murderous race mania of the Nazis that led to the break with civilization that was the Holocaust," Chancellor Angela Merkel's spokesman says. 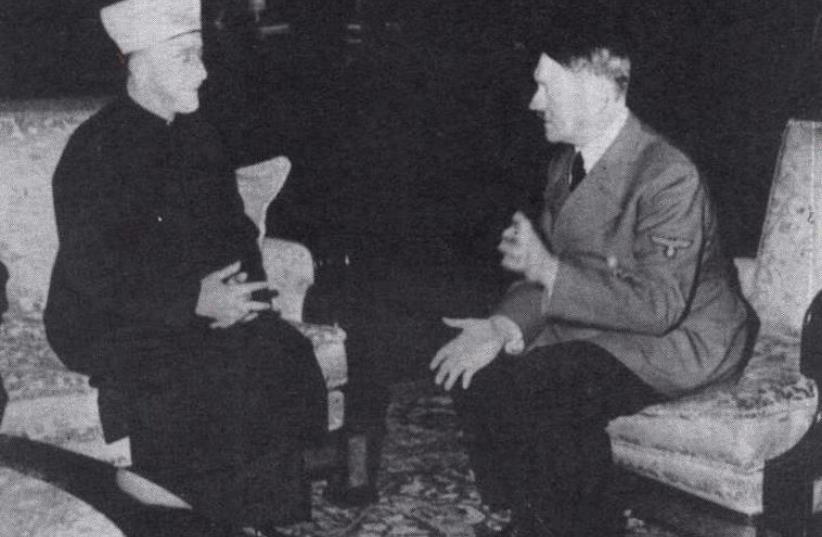 German dictator Adolf Hitler (R) and the grand mufti of Jerusalem, Haj Amin Al-Husseini, meet in Berlin on November 30, 1941
(photo credit: AFP PHOTO)
Advertisement
The German government said on Wednesday that responsibility for the Holocaust lay with the Germans, after Israel's prime minister sparked controversy before a visit to Berlin by saying a Muslim elder had convinced Adolf Hitler to exterminate Jews.
Netanyahu: "Palestinian mufti convinced Hitler to massacre Europe"s Jews"
"All Germans know the history of the murderous race mania of the Nazis that led to the break with civilization that was the Holocaust," Chancellor Angela Merkel's spokesman Steffen Seibert said when asked about Benjamin Netanyahu's remarks."This is taught in German schools for good reason, it must never be forgotten. And I see no reason to change our view of history in any way. We know that responsibility for this crime against humanity is German and very much our own."In a speech to the World Zionist Congress on Tuesday, Netanyahu referred to a series of attacks by Muslims against Jews in Palestine during the 1920s that he said were instigated by the then Mufti of Jerusalem, Haj Amin al-Husseini."Hitler didn't want to exterminate the Jews at the time, he wanted to expel the Jews," Netanyahu said in the speech. "And Haj Amin al-Husseini went to Hitler and said, 'If you expel them, they'll all come here.'Netanyahu clarified his comments before setting out for Berlin for a Thursday meeting with US Secretary of State John Kerry.Hitler is responsible for killing six million Jews in the Holocaust, and Haj Amin al-Husseini encouraged him and also wanted to see the Jews dead, Netanyahu said as he boarded a plane for Berlin on Wednesday.Netanyahu said he had no intention of absolving Hitler of his crimes.Hitler, he said, is responsible for the Final Solution. But by the same token, he said, it is “absurd” to ignore the role played by the mufti in encouraging Hitler and his henchmen to murder the Jews.“There is abundant proof of this,” he said, including testimony by Adolf Eichman's deputy at the Nuremberg trials held after the war.