The social democrats, including German social democratic foreign minister Heiko Maas, have been under fire for mainstreaming Iranian regime antisemitism and Tehran's goal to destroy Israel. 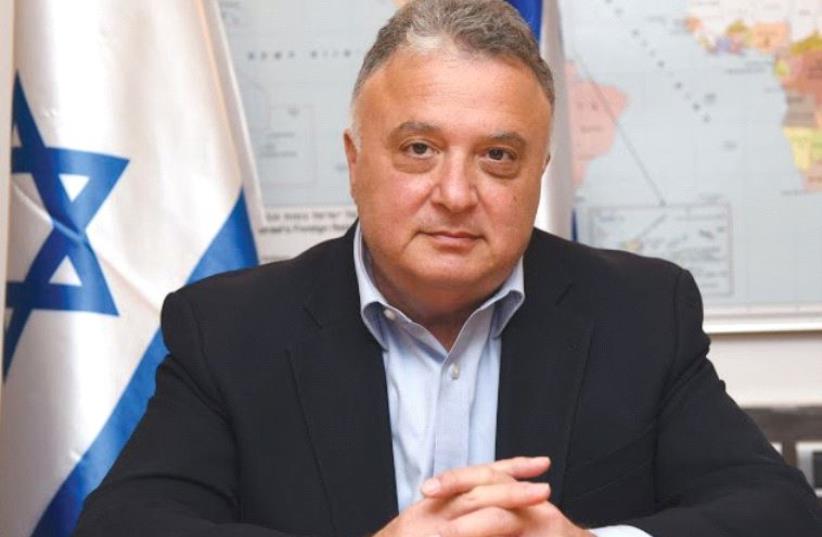 AMBASSADOR JEREMY ISSACHAROFF
(photo credit: COURTESY FOREIGN MINISTRY)
Advertisement
The Israeli Embassy in Berlin took to Twitter on Friday to blast the Social Democratic Party’s Friedrich Ebert Foundation for hosting a representative of an Iranian Holocaust-denial institute in Berlin.
“If someone puts antisemites on a podium, it does not surprise us, even if antisemites sit in the audience, but it is shocking that such a thing is still possible in Germany,” the embassy wrote on its Twitter feed.
The embassy was reacting to a tweet from journalist Björn Stritzel of the German newspaper Bild, who wrote: “Discussion at the Friedrich Ebert Foundation on Iran. All panelists praise the JCPOA. Saeed Khatibzadeh, representative of the Holocaust-deniers think tank IPIS [Institute of Political and International Studies] has fans in the audience: ‘The Jews rule the world!’”
The JCPOA is an abbreviation for the Joint Comprehensive Plan of Action – the formal name for the Iran nuclear deal.
Israel’s government now joins the US administration in a scathing indictment of the Social Democratic organization. US Ambassador to Germany Richard Grenell sent an email to The Jerusalem Post on Monday that said, “IPIS, the Iranian MFA think tank, hosted a Holocaust-denial conference in 2006. Both Germany and the United States condemned the event. Nobody from this group should be given a platform.”
The Simon Wiesenthal Center’s chief Nazi-hunter, Dr. Efraim Zuroff, on Thursday accused the Friedrich Ebert Foundation of appeasing an Iranian Holocaust-denial institute that works with the global Nazi movement.
“It is incomprehensible how the Friedrich Ebert Foundation [FES] could invite a person that works for an organization that organized a Holocaust-denial conference,” Zuroff told The Jerusalem Post.
“Given the abysmal record of the Iranian regime when it comes to human rights, and its openly declared threats to carry out genocide against the State of Israel, how can an ostensibly respected organization give legitimacy to such a guest in Germany?
“German history should have taught people at FES that attempts to appease fanatics never obtain the desired results.”
The Ebert Foundation on May 14 hosted Saeed Khatibzadeh, who represents the IPIS think tank of Iran’s Foreign Ministry, which organized the 2006 Holocaust-denial conference in Tehran.
The Social Democrats said Khatibzadeh was invited because he is a nuclear expert and that the conference dealt with the Iran nuclear deal.
The Social Democrats (SDP), including German SDP Foreign Minister Heiko Maas, have been under fire for mainstreaming Iranian regime antisemitism and Tehran’s goal to destroy Israel.
In February, the German SDP Foreign Ministry participated in a celebration of Iran’s 1979 revolution at the Iranian Embassy in Berlin that called for the obliteration of Israel.
German SDP President Frank-Walter Steinmeier sent a telegram in February congratulating the Iranian clerical regime on the 40th anniversary of its revolution.
Maas has energetically worked to circumvent US sanctions against Iran’s regime by setting up Instex, the Instrument in Support of Trade Exchanges, to boost trade with the Islamic Republic of Iran and bypass tough American sanctions on Tehran.
The Post asked SPD General Secretary Andrea Nahles whether she had learned the wrong lessons from the Holocaust. She declined to respond. FES chairman Kurt Beck also declined to answer Post queries. SPD foreign policy spokesman Nils Schmid spoke at the event with the Iranian antisemites.
The foundation’s conference also hosted Hassan Ahmadian, who defended massacres carried out by Iran’s Islamic Revolutionary Guard Corps and Shi’ite militias in Syria, as “forward deterrence” against the Jewish state.
The United States classifies the IRGC as a foreign terrorist organization.