With the Jewish Agency’s Summer Shlichim program, young Israelis and North American counterparts learn about one another. 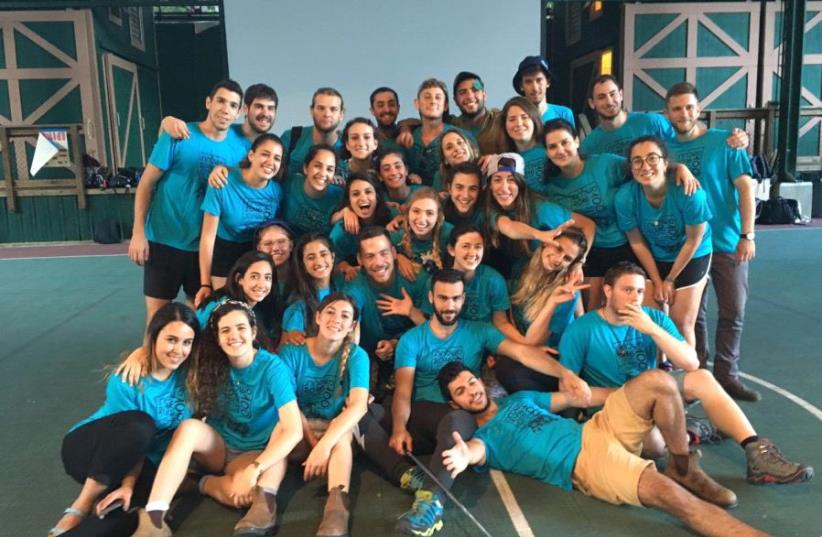 The Jewish Agency’s Summer Shlichim program
(photo credit: JEWISH AGENCY)
Advertisement
“We want them to tell their own story of Israel,” Shaylee Cioban, director of the Jewish Agency’s Summer Shlichim (“Emissaries”) Program, tells The Jerusalem Post. “Through these personal relationships, their story about Israel is being told.”And for the 1,300 young Israelis descending on North America this summer, that story will vastly differ from person to person.That is because the Jewish Agency cherry-picks young adults across Israel and makes sure they vary in background, religious observance, economic status and interests.Many of them arrive as they’re wrapping up their military service, and some a few months before they leave the army – with permission from the IDF. Others participate in the program before they enlist.Thus, the American and Canadian campers are exposed to a mosaic of what life as a young Israeli looks like.“While we do look for Israelis from various backgrounds, the one thing they all have in common is their ability to be a team player. They all have to have a good way with children. And they have to have to be proficient in English,” Cioban explains.Gal Ben Shimol, head of delegation for the Jewish Agency, agrees, saying, “Our emissaries become superstars in these camps. They contribute to the camps in a significant way. People want to hear their stories – about their army service, where they live, their point of view.”Each emissary has an area of expertise – whether it be a certain sport, drama or art – which they teach in these camps.Before their arrival, the Jewish Agency explains that being a “vital team member” is of utmost importance.“Teaching about Israel is not their first priority, their first priority is teaching about their area of expertise, and then establish their personal relationships,” Ben Shimol says.The subject of Israel comes up, but not in a forced way.North American counselors and kids learn about Israel through honest, organic interactions with Israelis that stem from shared experiences during the summer.But this is far from a one-way relationship. As their connection with the local staff members and children deepens, the Israelis learn as much from the North Americans as the North Americans do from the Israelis.“We make the thousands of miles separating the two communities seem much closer,” Ben Shimol says of the program.“We want to deepen and enrich the connection young North Americans have with Israel and vice versa,” Cioban adds.The results are undeniable.A 2011 survey by the Foundation for Jewish Camp looked at the long-term effects these camps have on young American Jews, and one thing is clear: Jews who enroll in them become much more engaged as members of the Jewish community into adulthood.That translates into becoming involved in Jewish causes on campus, embarking on a Birthright trip and volunteering for Jewish causes as a young adult.For the Israelis, they are exposed to a version of Judaism that is rarely encountered back home.“The American experience may seem completely trivial and basic on the surface, but it’s new information to our emissaries. They discover a new world,” Ben Shimol marvels.“Emissaries often compare the American experience to their own,” he explains. “As an Israeli, you don’t have to do anything to be Jewish. You’re born Jewish and it’s as simple as that. In America, though, you have to choose to be Jewish.You invest in it – your time, money and energy – you need to want it. Israelis really admire that. They tell me, ‘These guys are really being proactive about being Jewish. They’re not like us.’” Many young Israelis who enroll in the program classify themselves as secular; seeing how inclusive and pluralistic Judaism can be in America opens their eyes to the possibility that Judaism can be practiced in myriad ways.This relationship of mutual understanding does not end when summer is over and the kids, counselors and emissaries pack their bags.“Young American Jews and young Israelis form long and enduring relationships that extend well beyond the eightto nine-week summer experience they share together,” Amy Skopp Cooper, director of Camp Ramah Nyack, north of New York City, and national associate director of Ramah, says.“What I’ve seen in over 20 years of being a Ramah director, is that these two communities are incredibly connected and share a bond until their 20s and 30s. This is a starting ground for something far greater,” she says.