Moody's estimates that its rating will rise in the next 12-18 months if the improvement in debt levels and fiscal performance continues, despite upcoming elections. 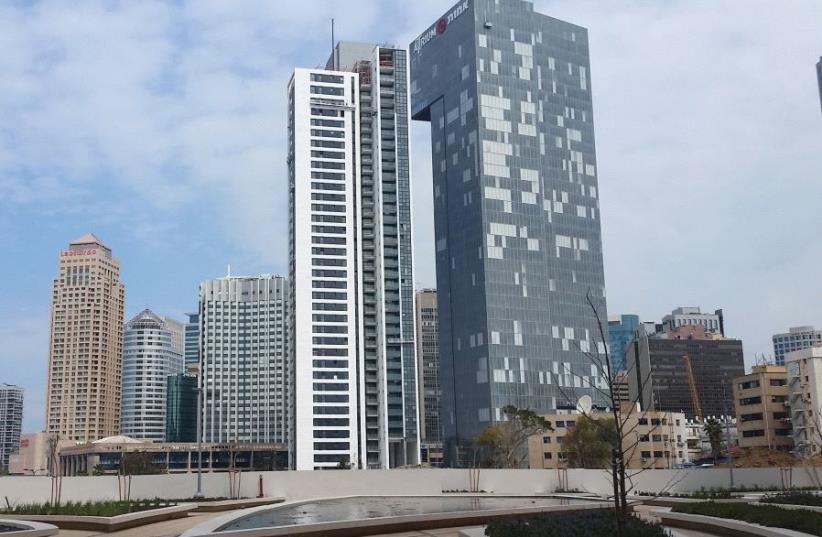 The Bursa complex
(photo credit: BARAK BINDER)
Advertisement
(Tribune News Service) — Despite growing security tensions, international rating agency Moody's Investors Service has joined Standard & Poor's (S&P) in raising its rating outlook for the government of Israel from "stable" to "positive". The rating itself is unchanged, but the upgrade in the outlook means that there is a good chance that Israel's rating will be upgraded in the next 12-18 months, for the first time since 2008. Israel's current rating is A1. If the raised outlook does result in an upgrade, the rating will rise to Aa-.S&P raised its rating outlook for Israel to "positive" a year ago, but has not yet upgraded the rating itself. Moody's estimates that its rating will rise in the next 12-18 months if the improvement in debt levels and fiscal performance continues, despite upcoming elections. "Continued healthy growth and current account surpluses in the face of persistent geopolitical tensions would be credit positive in this respect. Furthermore, continued progress developing the Leviathan gas fields, which provides increased clarity on the potential size and timing of the economic and fiscal benefits, would also support an upward move in the credit rating," Moody's says.Minister of Finance Moshe Kahlon said, "The rating outlook upgrade is further evidence of the strength and stability of the Israeli economy. All the data indicate that the economic policy that we are pursuing, including a free and responsible economy alongside strengthening the middle class and poorer sections of society, is the right way." Accountant General Rony Hizkiyahu said, "A second rating outlook upgrade within a year by different rating agencies reflects our strong fiscal performance and highlights the importance of maintaining a policy that encourages growth while reducing the debt burden."As one of the main reasons for the outlook upgrade, Moody's cites the trend in Israel's government debt. "The general government debt ratio has declined by more than 10 percentage points since the last upward move in Israel's credit rating in 2008 to around 60% of GDP, reflecting in part a prudent budgetary framework and a robust growth performance. This contrasts sharply against trends in many other advanced country peers both before and after the global financial crisis. For example, Israel is one of only a handful of advanced economies (including Norway, Switzerland and Singapore, which are all rated Aaa with a stable outlook) with a lower debt to GDP ratio today than before the global financial crisis. Furthermore, central government deficits have remained below 3% of GDP over the past 4 years, despite repeated upward revisions of the government's own deficit targets." Moody's notes."The second driver of the decision to assign a positive outlook is Israel's increasingly resilient economy, supported by the dynamism of the high tech sector, increased energy independence and a strengthening external position, which, if sustained, will continue to support more favourable growth rates than similarly rated peers," Moody's statement says.©2018 the Globes (Tel Aviv, Israel), distributed by Tribune Content Agency.