Captured by the Germans during the battle of the bulge, Master Sergeant Roddie Edmonds instructed all of the soldiers in the camp to show up alongside their Jewish comrades. 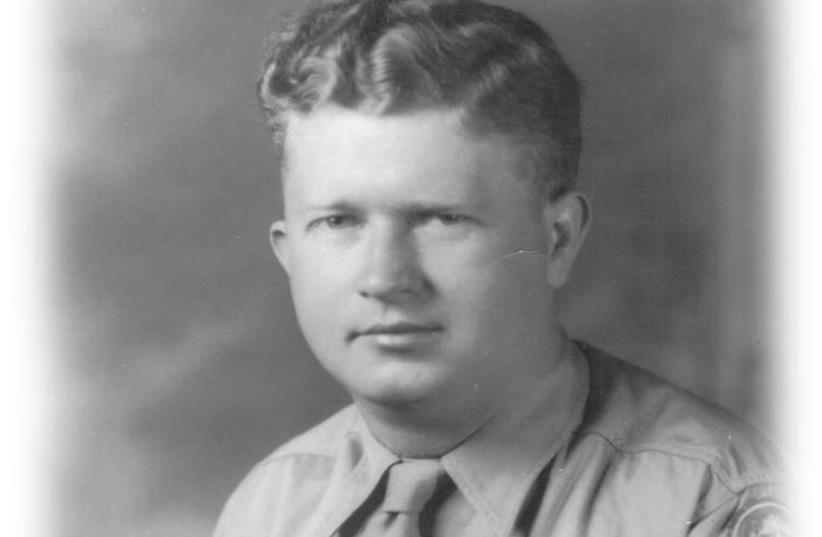 Master Sergeant Roddie Edmonds of the US 422nd Infantry Regiment
(photo credit: Courtesy)
Advertisement
An American non-commissioned officer who defied the Nazis while in captivity by refusing to identify Jewish POWs was posthumously honored with the title of Righteous Among the Nations by Yad Vashem on Wednesday.The title, granted after extensive research and corroboration, is intended to honor those who risked their own lives to rescue Jews during the Holocaust.Captured by the Germans during the Battle of the Bulge, Master Sergeant Roddie Edmonds of the US 422nd Infantry Regiment was the senior officer in the American section of the Stalag IXA prisoner of war camp.When Nazi guards demanded all Jewish prisoners report the following morning, in a move reminiscent of the movie Spartacus, Edmonds instructed all soldier inmates in the camp to show up alongside their Jewish comrades.When camp commandant Major Siegmann saw the entire American contingent standing and identifying as Jews he exclaimed, “they cannot all be Jews,” and Edmonds replied, “we are all Jews.”Siegmann then drew his pistol on Edmonds, who coolly responded that “according to the Geneva Convention, we only have to give our name, rank and serial number. If you shoot me, you will have to shoot all of us, and after the war you will be tried for war crimes.”Outfaced by Edmonds, the commandant turned and walked away.Lester Tanner, one of the Jewish POWs Edmonds had save, said of his brave commander: “He did not throw his rank around. You knew he knew his stuff and he got across to you without being arrogant or inconsiderate. I admired him for his command.“We were in combat on the front lines for only a short period, but it was clear that Roddie Edmonds was a man of great courage who led his men with the same capacity we had come to know him in the States,” Tanner said.Tanner told Yad Vashem that the American troops were well aware of the Nazis’ murders of Jews and that Edmonds understood the danger should the Jews be separated from the other soldiers.“I would estimate that there were more than 1,000 Americans standing in wide formation in front of the barracks with Master Sergeant Roddie Edmonds standing in front, with several senior non-coms beside him, of which I was one,” Tanner said.“There was no question in my mind, or that of Master Sergeant Edmonds, that the Germans were removing the Jewish prisoners from the general prisoner population at great risk to their survival.“The US Army’s standing command to its ranking officers in POW camps is that you resist the enemy and care for the safety of your men to the greatest extent possible,” Tanner said.Edwards “at the risk of his immediate death, defied the Germans with the unexpected consequences that the Jewish prisoners were saved.”A statement from Yad Vashem Chairman Avner Shalev said Edmonds “seemed like an ordinary American solider, but he had an extraordinary sense of responsibility and dedication to his fellow human beings.“These attributes form the common thread that binds members of this select group of Righteous Among the Nations. The choices and actions of Master Sergeant Edmonds set an example for his fellow American soldiers as they stood united against the barbaric evil of the Nazis.”Edmonds died in 1985. He is the first American serviceman, and only one of five Americans in total, to be declared Righteous Among the Nations.