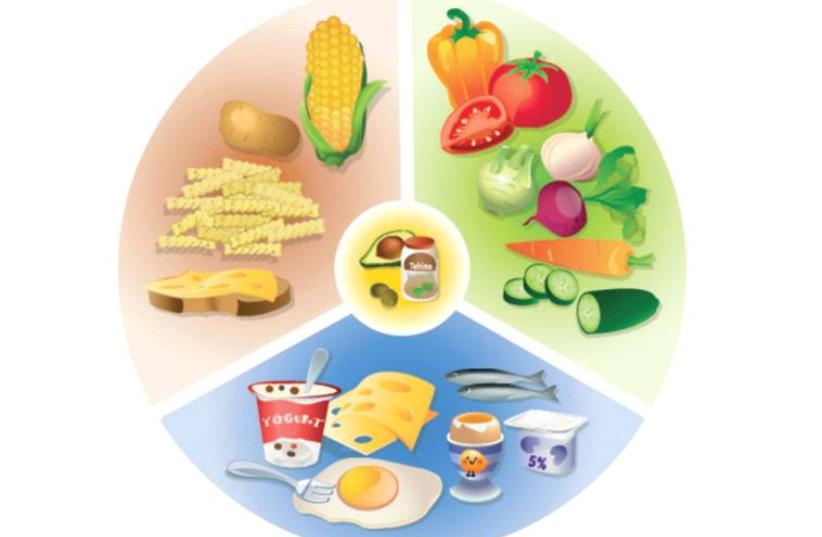 Food
(photo credit: Courtesy)
Advertisement
We all know that feeling of being caught out when realizing something obvious that has never occurred to us. Dror Tamir, co-founder and CEO of Israeli start-up Plate My Meal, has caught us out.“Picture the food pyramid,” he instructs me, “and try and answer one of these basic questions regarding healthy eating: • When to eat? • What to eat? • How much to eat?” I struggled to respond.“Right? The food pyramid is recommended and used by governments all over the world to educate. They spend billions of dollars on it! It’s meant to be simple, but it’s not applicable.” Tamir has a point.
Read More...
Plate My Meal began when Tamir, a retired mid-distance runner for the Israeli national team, addressed his eating habits.“As an athlete, I worked with nutritional teams in order to remain healthy. I got used to eating a lot, and 20 years later I still have that problem, I just can’t change it. So I started thinking that the problem is habit.”Health and nutrition were also common topics at home, where Tamir’s wife, a pediatric dentist, shared her horror stories.“Various research indicates that we create healthy habits in the first 1,000 days of our lives, so we need to start building them from day one. I understood the need to help parents create these healthy habits for their children.”Thus, Plate My Meal was conceptualized. “We chose to focus on the moment that kids switch from milk to solids, around six months, until three years old.”Market research revealed that parents want their children to eat healthily, but they have no time to trawl through the mammoth amounts of information available.“Our goal was to make healthy eating a very simple task, to enable parents to prepare healthy meals for their kids without needing to read anything, but with the knowledge of a professional dietitian.”The product is a set of five plates; one for each meal, plus two snacks. Each plate is different, and provides a time frame for each meal, e.g., “Breakfast 6 to 8 a.m.”Each plate is divided into compartments, relating to the relevant food groups for that meal; the size of each compartment dictates how much of that food group the children should eat. Each compartment is decorated with graphics of what to eat from each food group, from which parents may pick one or more. It’s a kind of painting- by-numbers for healthy eating.If this sounds familiar to Michelle Obama’s “My Plate,” think of Plate My Meal as its glamorous cousin.“I presented our product to one of My Plate’s creators,” relates Tamir. “He said, ‘Wow, you’ve taken it three steps forward.’ We are different from anything else on the market.”Professional feedback has been consistently positive.Dietitians at the Health Ministry praised Plate My Meal for finally providing them with a tool to explain the food pyramid to the public. “I told them to just eliminate the food pyramid, there’s no use for it.”“We receive emails from all over the globe,” including the Iranian minister of obesity prevention. After Plate My Meal sent him its presentation and products free of charge, Tamir was invited to speak in Tehran.“I told them it will probably be a one-way ticket!” The Finnish government has also reached out concerning an obesity prevention project in the Persian Gulf.Parents are similarly impressed. Their kids are empowered and want to eat more healthily.“When I need someone to present the product, I bring my kids! My eldest son was two when I first explained our plates to him. I saw a complete change in two weeks. He was curious and could play an active role in what he was eating. It’s more than a game to kids, they take responsibility into their own hands.”Plate My Meal is looking to raise $500,000 from a strategic partner to increase its marketing efforts and launch additional products from its product pipeline.Such products include addressing target segments, such as age group, gender and diet. Its product is sold in My Baby stores in Israel, and is due to launch in the US in the next month.For now, anyone can purchase their product from the Plate My Meal website (www.platemymeal.com), which ships to anywhere in the world.“Except Iran!” jokes Tamir.

By WILLIAM DAROFF
Advertisement
Most Read
1