The Spain branch of El Al for months had negotiated with tourist officials from the autonomous region of Galicia over opening the flight channel. 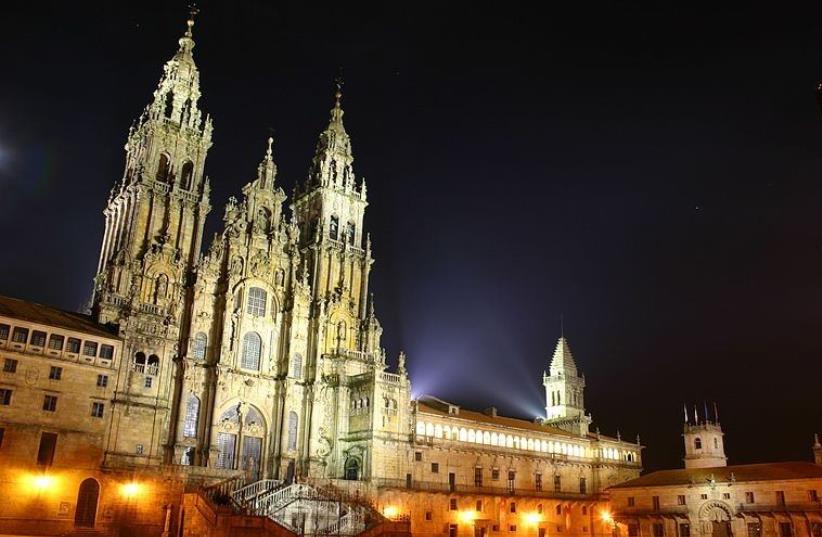 Santiago de Compostella
(photo credit: Wikimedia Commons)
Advertisement
A Spanish city trying to increase tourism lost a direct flight connection with Israel over its symbolic support for boycotting the Jewish state, a Spanish newspaper reported.The Spain branch of El Al for months had negotiated with tourist officials from the autonomous region of Galicia, in northern Spain, over opening a direct line between its capital, Santiago de Compostella, and Tel Aviv, but the talks failed following the passage in November of a nonbinding City Council motion in favor of boycotting Israel, La Voz de Galicica reported Wednesday.Tourism is a major source of income in Galicia, where 18.2 percent of the workforce is unemployed, along with 43 percent of workers under 25. The local government has invested millions of euros into creating new jobs in the tourist sector and attracting international tourists to the region’s attractions – including the Catholic pilgrimage route known as the Way of St. James, which passes through Santiago. It attracts more than 250,000 pilgrims and tourists annually to Santiago.Alejandro Sánchez-Brunete, a member of the Santiago City Council for the center-right Popular Party, accused the far-left party that won Santiago’s elections last year, Compostella Abierta, of sabotaging that effort by destroying talks on opening a direct connection with Israel.“These talk were focused” and at advanced stages, Sanchez-Brunete said, and the motion “resulted in the loss of an aerial connection.”An independent investigation of the affair by La Voz de Galicia, which included interviews with El Al officials, “produced clear indications that this is the case,” the newspaper reported.Walter Wasercier, the director of El Al’s Spain operations, told the newspaper that he had personally pushed for opening the flight this summer, adding that El Al’s direct connection to Lisbon presented an opportunity to add Santiago to its list of Spanish destinations. Some 350,000 Israeli tourists visit Spain annually.Marta Lois, Santiago’s alderwoman for tourism, denied that any talks on opening a flight to Israel had taken place and said that in any case they would not have been sabotaged by a call to boycott Israel.But the Galician Association for Friendship with Israel told the La Voz de Galicia that in April, El Al opened a flight to Valencia rather than Santiago as a direct result of the boycott motion.ACOM, a Madrid-based, pro-Israel group that is fighting the boycott campaign against Israel in Spain, blamed Santiago’s far-left ruling party for running the city “with ineptitude.” Earlier this year, an ACOM lawsuit resulted in a precedent-setting High Court ruling labeling as discriminatory the campaign for Boycott, Divestment and Sanctions, or BDS, against Israel. Several lower courts issued injunctions against municipalities that supported BDS, which ACOM argues has anti-Semitic overtones in Spain. BDS supporters deny this, saying their focus on Israel is for violations of international law.Santiago’s support for boycotting Israel reflects “disregard not only toward Jews but for its own residents by tearing down a project that would have brought Santiago revenue, tourists and jobs,” ACOM said in a statement.