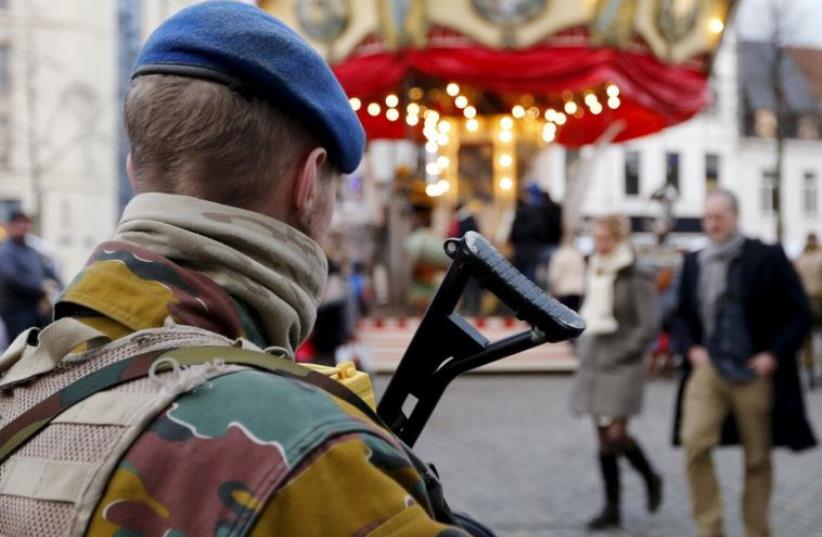 A Belgian soldier patrols the streets of Brussels
(photo credit: REUTERS)
Advertisement
BRUSSELS - Belgian police detained a man who was initially suspected of carrying explosives near a central Brussels shopping center early on Tuesday, triggering a meeting of the prime minister and the national crisis response center.A security source later said that no explosives were found on the suspect.
The incident began as Israeli President Reuven Rivlin visits Brussels in a four day trip to Europe.
The area around the City2 shopping center, a major commercial hub in the center of the Belgian capital, was sealed off.
"A man was arrested at 5.30 this morning, possibly in possession of explosives. The bomb disposal team of the army is verifying whether this is the case," a spokeswoman for the Brussels prosecutor said.
Belgium's crisis center, which coordinates security measures, said it was holding a meeting, with Prime Minister Charles Michel present, to discuss the incident.
Jpost staff contributed to this report.