With nearly 95 percent of precincts reporting before dawn on Wednesday, the Likud holds a major edge over Zionist Union in the distribution of Knesset seats.

By JPOST.COM STAFF
MARCH 18, 2015 04:22
Prime Minister Benjamin Netanyahu (L) shares a moment with his wife, Sara, at Likud headquarters
(photo credit: MARC ISRAEL SELLEM)
Advertisement
The Israeli elections took a dramatic turn in the early morning hours on Wednesday as official tallies from nearly all precincts indicate that Likud has opened up a significant lead over Zionist Union, a far cry from the virtual dead heat that television exit polls had reported Tuesday evening.With 99 percent of precincts reporting before dawn on Wednesday, the Likud has emerged as the clear, undisputed victor in the elections. 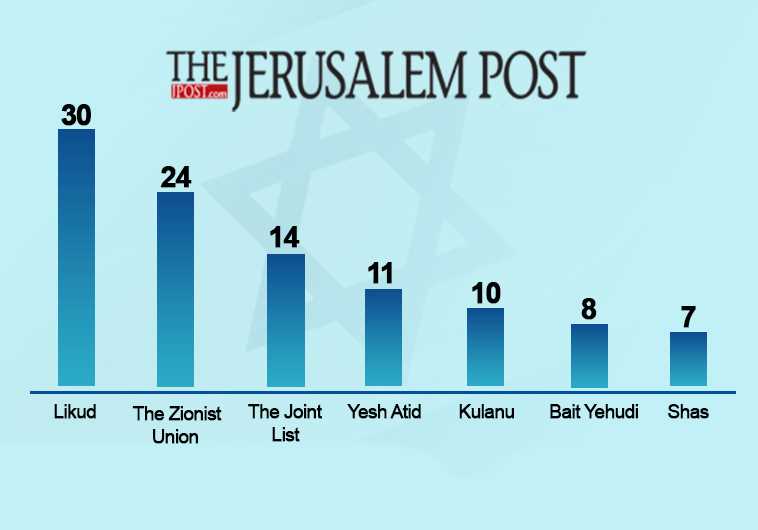 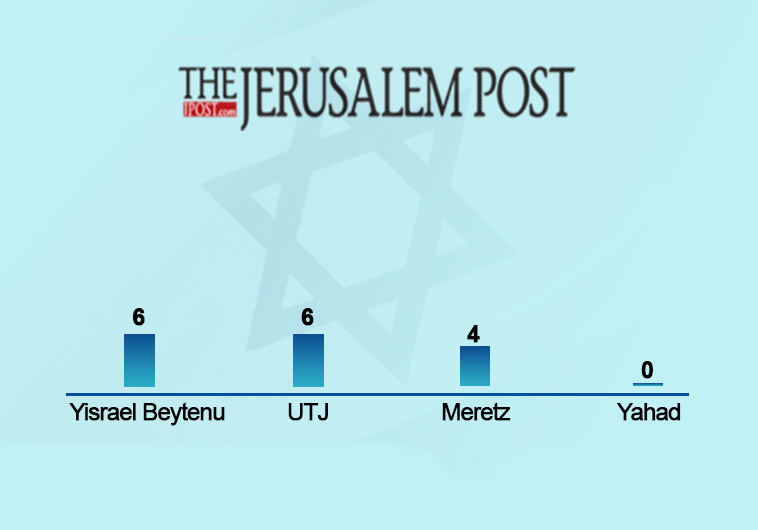 Eli Yishai's far-right Yahad party has thus far failed to make the cut, though it has hovered near the minimum threshold throughout. These results are not final since 10 percent of precincts still need to report their results.The first exit polls were released Tuesday at 10 p.m. as voting closed in elections for the 20th Knesset, suggesting a surprisingly good showing for Prime Minister Benjamin Netanyahu's Likud party versus Isaac Herzog's Zionist Union. While Likud had trailed by as many as five mandates in pre-election polls, Netanyahu's party led the Zionist Union in one exit poll and was tied with Herzog's party in the two others.Channel 2's poll had the Likud with 28  mandates, Zionist Union with 27 mandates, the Joint Arab List with 13 mandates, Yesh Atid with 11 mandates, Kulanu with 10 mandates, Bayit Yehudi with 8 mandates, Shas with 7 mandates, United Torah Judaism with 6 mandates, Meretz with 5 mandates, Yisrael Beytenu with 5 mandates and Yahad failing to pass the electoral threshold.
Post by ‎Benjamin Netanyahu - בנימין נתניהו‎.
Advertisement
Subscribe for our daily newsletter