8 days of olim shining their light on Israel: Marta Weinstock-Rosin

Dr. Marta Weinstock-Rosin is a professor emeritus at Hebrew University of Jerusalem’s School of Pharmacy-Institute for Drug Research, 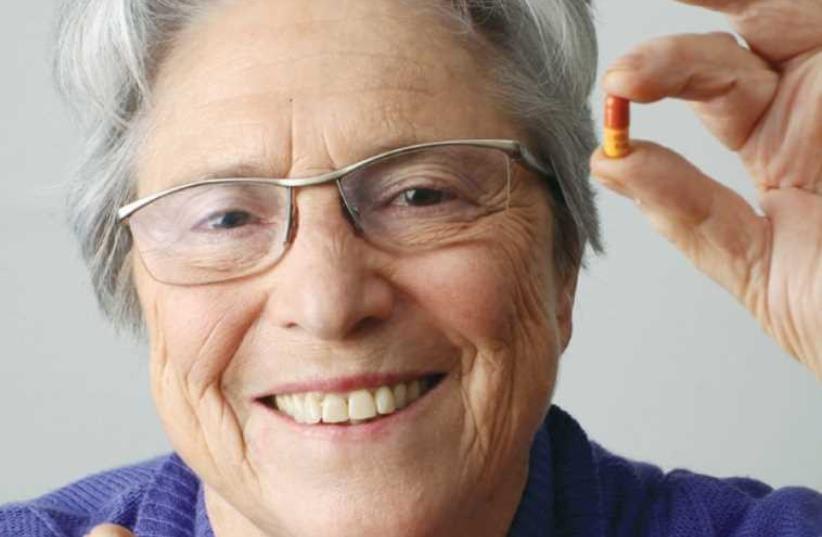 Prof. Marta Weinstock-Rosin
(photo credit: HEBREW UNIVERSITY)
Advertisement
Dr. Marta Weinstock-Rosin was the chief developer of Exelon, a drug that improves memory and slows its decline in those suffering from Alzheimer’s or Parkinson’s diseases.Exelon is one of the most important drugs to have emerged from Israeli medical research in recent years, and Weinstock-Rosin’s achievement earned her the Israel Prize (the state’s highest cultural honor) for medicine in 2014. She also received the honor of lighting one of the 12 ceremonial torches at Israel’s official Independence Day celebration in 2015.Born in Austria in 1935, Weinstock-Rosin managed to evade the Nazis by fleeing that country with her family in 1939, shortly before the start of the Holocaust. She made aliyah in 1969 from the UK with her husband Prof. Arnold Rosin, a leading gerontologist who co-founded Melabev organization that helps victims of dementia and their families.Weinstock-Rosin is a professor emeritus at Hebrew University of Jerusalem’s School of Pharmacy-Institute for Drug Research, while her husband is an emeritus professor of gerontology at Jerusalem’s Shaare Zedek Medical Center.Exelon improves the function of nerve cells in the brain by working to prevent the breakdown of a chemical that is important for the processes of memory, thinking, and reasoning. The drug alleviates Alzheimer’s symptoms or temporarily slows down their progression in 40-70 percent of patients.

Over the 8 days of Hanukka, The Jerusalem Post and Nefesh B’Nefesh bring you 8 extraordinary Olim from North America and the UK that have shined their respective light on Israel and the Jewish people. Nefesh B’Nefesh, the main facilitator of Aliya from these areas, has brought over 50,000 Olim to Israel since the organizations’ founding 10 years ago. Its annual Sylvan Adams Nefesh B’Nefesh Bonei Zion Prize honors these Olim each year. To nominate exceptional Anglo Olim making a difference in Israel, please visit: http://www.nbn.org.il/bonei-zion/
Nefesh B"Nefesh: Aliya Down the Line | NBN (YouTube/Nefesh B"Nefesh)