'Yedioth' publisher to Netanyahu: 'I'll do everything for you to remain PM'

As the police investigation against Netanyahu continues, new reports reveal further details from the secret exchanges between media mogul Noni Mozes and the prime minister. 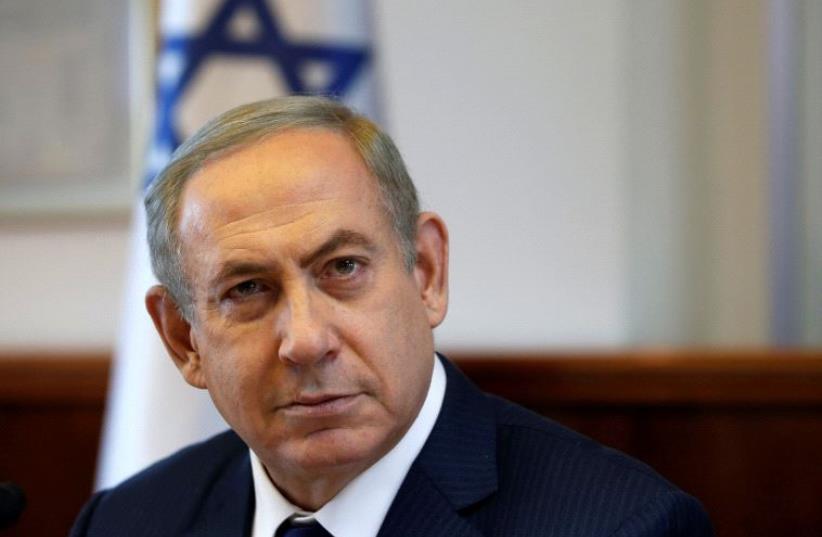 Benjamin Netanyahu
(photo credit: REUTERS)
Advertisement
New details from confidential meetings between Israeli Prime Minister Benjamin Netanyahu and Yedioth Aharonot publisher  Arnon "Noni" Mozes were revealed on Tuesday by Channel 2 and Haaretz. In a series of secret meetings held in 2014, the premier and the media mogul discussed a possible collaboration to promote the pair's different interests, according to the reports."If you and I agree on a law, I will do everything I can for you to be here for as long as you want. I'm looking you in the eyes and telling you this in the clearest way possible," the reports alleged that Mozes said to Netanyahu. By this the Yedioth Aharonot publisher supposedly referred to a law the prime minister reportedly offered to promote, according to which the free daily newspaper Israel Hayom (which is generally perceived as pro-Netanyahu, while Yedioth is seen by some, including the prime minister, as being overly critical) would be forced to start charging money from its readers.
Benjamin Netanyahu dismissive of corruption allegations on January 2, 2017
Israel Hayom is owned by Netanyahu confidante and US billionaire Sheldon Adelson.The widely circulated, freely distributed newspaper is the main competitor of Yedioth, and has significantly cut into the latter’s advertising revenue.The Channel 2 report claims that in return for the bill that would have acted to weaken Israel Hayom, Mozes promised Netanyahu positive coverage to help keep the prime minister in office. Haaretz reported that Mozes also suggested that Netanyahu appoint different journalists that he would personally choose for different roles in Yedioth's media outlets. According to the report, the premier, who has supposedly initiated the meetings, initially agreed to Mozes's suggestion and also said that he would act to promote the deal by the end of the next round of elections (which was set to happen in the beginning of 2015). However, the alleged deal between the two never bore fruit. Channel 2 reported on Monday that the police have obtained at least two different recordings of two different meetings Netanyahu and Mozes conducted in Netanyahu's bureau in Jerusalem. Each recording is reportedly an hour long. One recording is dated back to December 1, 2014 (prior to the dispersing of the Knesset) and another one appears to have documented a meeting that allegedly took place after the 2014 Knesset was dispersed. The ties and the nature of the meetings between Netanyahu and Mozes are central to the ongoing police investigation against the prime minister. In the investigation, dubbed "Case 2000," police are probing into Netanyahu's conduct in recent years with a special focus on the suspicion that Netanyahu received improper gifts worth hundreds of thousands of shekels from Israeli and foreign businessmen. Netanyahu was already interrogated by police twice. In both times, the interrogations took place in the premier's residence in Jerusalem.  Commenting on the investigation, the prime minister said: “I advise my friends in the opposition not to celebrate because there is no cause for celebration. You replace the government through the ballot box.”

Eliyahu Kamisher and Udi Shaham contributed to this report.