A tribute to Aretha 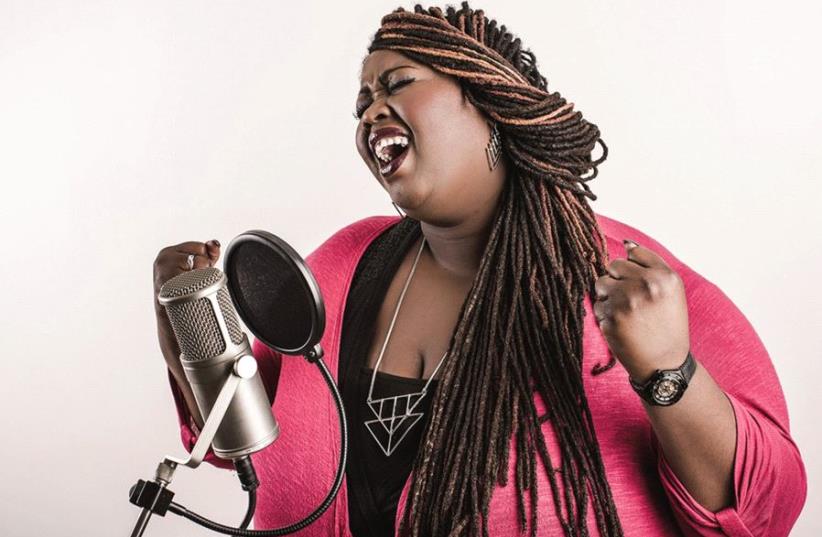 Vocalist Shirma Rouse
(photo credit: MAURICE GILTJES)
Advertisement
Sometimes you’ve got to make a move before you can get things going. While that may sound more than a little self-evident, in Shirma Rouse’s case her geographical relocation was the catalyst for the start of her musical career.Rouse, who is the headliner of the upcoming Hot Jazz series offering, which takes in eight gigs up and down the country between May 5 and 13, was born in Curaçao in the Southern Caribbean Sea. She moved to The Netherlands at the age of 19.“I came here to study,” she explains from her Rotterdam home. “I studied chemistry and environmental science.”That doesn’t sound too musically hip.“It wasn’t the plan then for me to become a musician,” she says. “My mom is a medical analyst, and my dad does environmental stuff. He is into music and plays, and I’d sort of perform with him at home, but I never aspired to become a professional singer.”Not long after her Dutch transition, Rouse had a life-changing encounter.“I had some friends who sang in a gospel choir, and they asked me if I wanted to join them. I said, ‘Cool,’” she recounts.Things began to take off.“I spent six months doing backing vocals for one of the major artists here in Holland, and then things got out of hand. While I was doing my studies I was on the road as well, doing backing vocals for other artists,” she says.Musical furloughs notwithstanding, Rouse managed to complete her studies before deciding on a change of educational tack and that she was going to go the whole musical hog.“I did my bachelor’s in jazz when I was 25. Before that, I never had a lesson in music, so I didn’t know how to read notes. Things just took off from there,” she notes.Not coming from a pure jazz background, Rouse incorporates a wide spread of genres in her output and has dipped into funk, pop, rock and reggae. It is, however, jazz that offers her some added artistic value.“I love singing with orchestras,” she says. “I love the freedom of that.”Rouse’s upcoming Israeli foray will see her join forces with a couple of compatriot singers – Raquel Brown and Laise Sanches – with the singing triad joined by a sextet fronted by New York-based Israeli saxophonist and arranger Eyal Vilner and American trumpeter Wayne Tucker, as well as four Israelis – trombonist Yonatan Voltzok, pianist-keyboardist Yonatan Riklis, bassist Assaf Hakimi and drummer Yonatan Rosen.Hot Jazz devotees or, indeed, any fan of the music in these parts, will not have had too many opportunities to catch a show with three vocalists. That, presumably, suggests we are in for something of a vocal tour de force.“It is going to be really powerful,” says Rouse.Of course, in jazz, while energy is certainly a plus, a pervading sense of mutual affinity between the performers is a prerequisite. That should certainly be on show during the coming eight-day tour.“The three of us have been singing together for almost 18 years,” says Rouse. “We are best friends. This visit to Israel is really special for us because it is the first time the three us will be traveling [outside The Netherlands]. We are really excited about this. It’s going to be awesome.”As is normally the case with Hot Jazz programs, next week’s tour has a thematic anchor, in the form of a tribute to iconic soul and R&B singer Aretha Franklin. Rouse has no problem with saluting the now 75-year-old Franklin, aka The Queen of Soul. The Dutch singer is unreserved in her admiration for Franklin.“For me, Aretha Franklin is music,” she states unequivocally. “She is the embodiment of music. She has this wonderful freedom on piano and in her voice. And every note she sings has rhythm. You hear the rhythm behind the note. I have been inspired by her.”There are others Rouse looks up to as well.“I have a lot of musical inspirations, like Stevie Wonder and Michael Jackson. I’m not a fan of theirs, I am inspired by them,” she says.Still, for Rouse, it is Franklin who takes the cake.“I have met all kinds of great musicians, like Chaka Khan and Michael Bolton. But I think if I met Aretha, she’d be the first one I’d say, ‘Can I have my picture taken with you?’ She’s more than a living legend,” she asserts.In addition to music, Rouse is a great lover of food, and her various creative ventures take in an intriguing mix of aural pleasures and gastronomic delights. The said event goes by the name of Shirma’s Soul Kitchen, to which Rouse gives her emotional, corporeal and creative all.“Together with some other people, I cook and serve a three-course meal for 150 people, and then I sing all evening. It is a lot of work, but it’s so much fun. Good food brings people together, and good music does the same,” she reasons.It should be a satisfying experience tucking into Rouse’s musical offerings next week.For tickets and more information: (03) 573-3001 and www.hotjazz.co.il