Sitting in the hot seat

Chicago-based Israeli artist Lilach Schrag explores the biblical story of Elijah’s ascent to heaven in her latest work, currently on display as part of the Jerusalem Biennale. 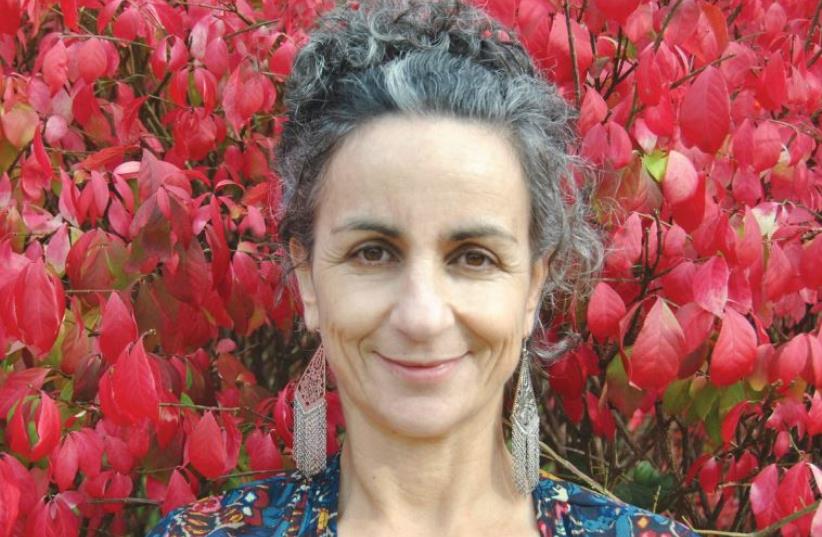 Israeli artist Lilach Schrag
(photo credit: Courtesy)
Advertisement
Lilach Schrag found a lovely spot to get in a bit of destruction, albeit all for a good creative cause.“It all started around three years ago when I was on a residency on Norton Island in Maine,” explains the Chicago- based Israeli artist. “Every year 10 artists are invited and, for 10 days, you have to commit to not getting in the way of the other artists all day, unless you have made an appointment with someone for the purpose of your project.”Sounds like an ideal set of circumstances for getting your head down and going with your muse’s flow.For Jerusalem-born Schrag the invitation to Norton Island was not only a chance to enjoy the solitude and pastoral tranquility of an isolated spot far from the urban rat race of her adopted city of Chicago, it was also an opportunity to get away from her comfort zone, and from the environment in which she had been working for most of the time since she moved Stateside.“I grew up here,” she said when we met at Achim Hasid Complex on Emek Refaim Street in Jerusalem’s German Colony, which houses the gallery where the A Fine Line group exhibition, curated by Susan Nashman Fraiman, is currently on display until November 5. “All my associations are Israeli. When we moved to Chicago, once again, I found myself in a Jewish bubble. I studied all kinds of things in a Jewish context and I was apprehensive before I went to the artist residency on the island. There was nothing Jewish there and it all looked a bit strange.”The extraneous surroundings on the island also allowed Schrag more room for creative maneuver, and enabled her to more easily think outside the tried and trusted box.Still, there were some hurdles to be overcome on the way to producing what eventually became Schrag’s contribution to the Jerusalem Biennale, Elijah Elijah.“I was told there was welding equipment at the island retreat,” she recalls. “I had engaged in metal sculpting for 12 years, and I’d monitored the sculpture studio at the art center in our neighborhood.”In the event, the hoped-for gear turned out to be off limits and a rethink was required.“The man in charge of the welding equipment on the island said it belonged to him and he didn’t allow me to use it,” says Schrag, adding that she was initially discouraged but soon began considering other options. “I am a photographer so I thought I’d take pictures on the island, and I’d paint. I thought I’d manage with what was available to me, and that I’d respond to the environment.”The upshot of the conceptual and logistical toing and froing was Elijah Elijah, which is presented to the public as a looped video clip of three ornate-looking wooden chairs gracefully going up in flames. The thematic prophet, says Schrag, was a natural choice. 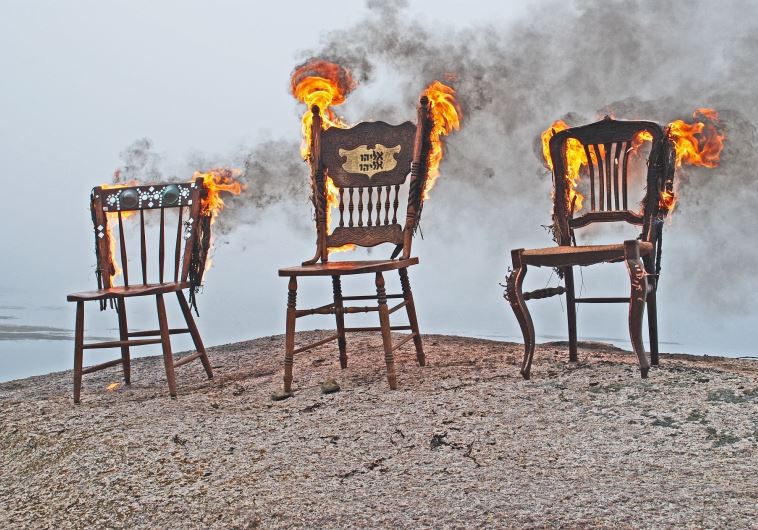 “He is central to all the various religions. He is important to Christianity, Judaism and Islam. In Judaism he is still important in the context of Shabbat and Pessach, and he is present at circumcision ceremonies.”The latter takes the form of the ubiquitous Elijah’s chair on which the baby’s godfather sits and holds the baby while the circumcision is performed. Hence Schrag’s choice of furniture.“That’s why I chose chairs for my work,” she explains. The flaming element of Schrag’s exhibit feeds off the biblical description of how Elijah rose to the heavens in a chariot of fire.“Elijah’s disciple Elisha accompanied Elijah on his last journey on Earth and he was distraught when his master was taken from him. It was a very emotional moment which I wanted to express in my work,” Schrag adds.“I wanted to reconstruct that moment, and the chair is representative of Elijah.”Chairs, naturally, also beckon people to them and invite them to sit down.“The chair is empty and maybe it is waiting for someone to come and sit on it,” Schrag muses.While Elijah’s chair is a well-known concept and an iconic item in Judaism, Schrag opted to incorporate three such items in her work.“Three makes up a group and that necessarily conveys the idea of a significant presence,” she explains. “And there is something about having three of something that imparts a sense of seriousness and real intent. If you ask something once that might be just by chance, but if you have three of something there is undeniable intent and purpose.”There is also a Jewish mystical angle to the triad format.“Someone told me that in the Kabbala, if you have three people, the one in the middle is the important one.”On the final day of the residency, as per the program head’s proviso, all the artists gathered at a spot near the shore, along with several others who were on the island at the time, to witness the torching of the chairs which Schrag had made over and beautified while she was there.In fact, Schrag did a good job of sprucing up the old pieces of furniture and it would have been a shame to destroy them, even in the name of art.“I worked very hard on getting the chairs ready and had no intention of destroying them, and evoking thoughts of death. I think this work brings on a good feeling, and emphasizes the beauty you can see there.”Elijah Elijah comprises two clips, each running in a loop, representing two aspects of human existence. One screen shows the ceremonial and, somehow, very human act of burning three chairs, to the sound of dramatic music, while the other reflects mundane moments of unawareness, and of human efforts and interaction.Schrag employs a wide range of materials in her artwork, from steel, plaster, canvas, paper and paint to ready-made objects, photographs and video work. Focusing on the process, she documents traces of action in materials, attempting to capture fleeting moments of serenity or fragile transformative encounters in an attempt understand their impact, and to preserve them. Elijah Elijah ticks all the aforementioned boxes.For more information about Lilach Schrag’s artwork: www.lilachschrag.com. To read about the Jerusalem Biennale go to www.jerusalembiennale.org.