An additional child was found near the scene in serious but stable condition. 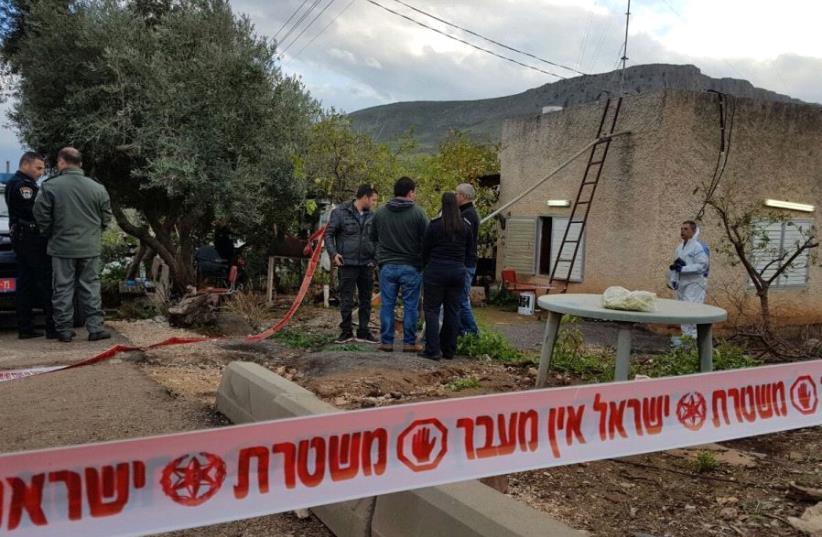 Mother, three children found dead in suspected murder in North
(photo credit: MDA)
Advertisement
A woman and three children were discovered murdered in an apartment in the village of Migdal on the Sea of Galilee on Saturday afternoon.Dor Sela, 23, and the three children, including her sons Benjamin, one, and Yosef, two, were found dead with signs of violence on “all parts of their bodies,” including multiple stab wounds, according to a Magen David Adom representative.The third child, Nachman Ativ, a neighbor of the family, was five years old.Another member of the Ativ family, Yonatan, 11, was found near the scene of the incident in serious but stable condition. MDA added that he “was found unconscious... and suffering from bruises all over his body. We performed lifesaving emergency medical treatment and evacuated the youth to a nearby hospital.“We arrived at the apartment and found a shocking scene,” the MDA representative said in a statement.“A woman appearing to be in her 20s and three children, ages one, two and five, were found unconscious... with signs of severe violence inflicted on their bodies. They were later pronounced dead at the scene.”Authorities later said that a suspect was placed under arrest in connection with the incident. Media outlets reported that the slain woman’s husband is the main suspect in the case, but authorities have yet to comment on the matter.The motive for the event remains unclear.