The site is believed to be the home of apostles Andrew, Peter and Philip.

An image of the excavation site
(photo credit: COURTESY OF ZACHARY WONG)
Advertisement
The lost Roman city of Julias – believed to be the birthplace of Jesus’s apostles Andrew, Peter and Philip – may have recently been unearthed after decades of searches by archeologists in the upper Jordan Valley, near a delta entering Lake Kinneret.The discovery was made during excavations at Beit Habek, located in Bethsaida, near a nature reserve by the Arik Bridge, by archeologist Dr. Mordechai Aviam, head of the Kinneret Institute for Galilean Archeology at Kinneret Academic College. The lost city of Julias was named after the daughter of Roman Emperor Augustus.Bethsaida, once a fishermen’s village on the northern shore of the Sea of Galilee, is mentioned in several New Testament books as the home of at least three of Jesus’s most important apostles.However, the exact location of the lost city has long been debated.Aviam, who worked with Prof. Steven Notley of Nyack College in New York during a recent dig, said several important clues were found that reinforce the identification of the site. 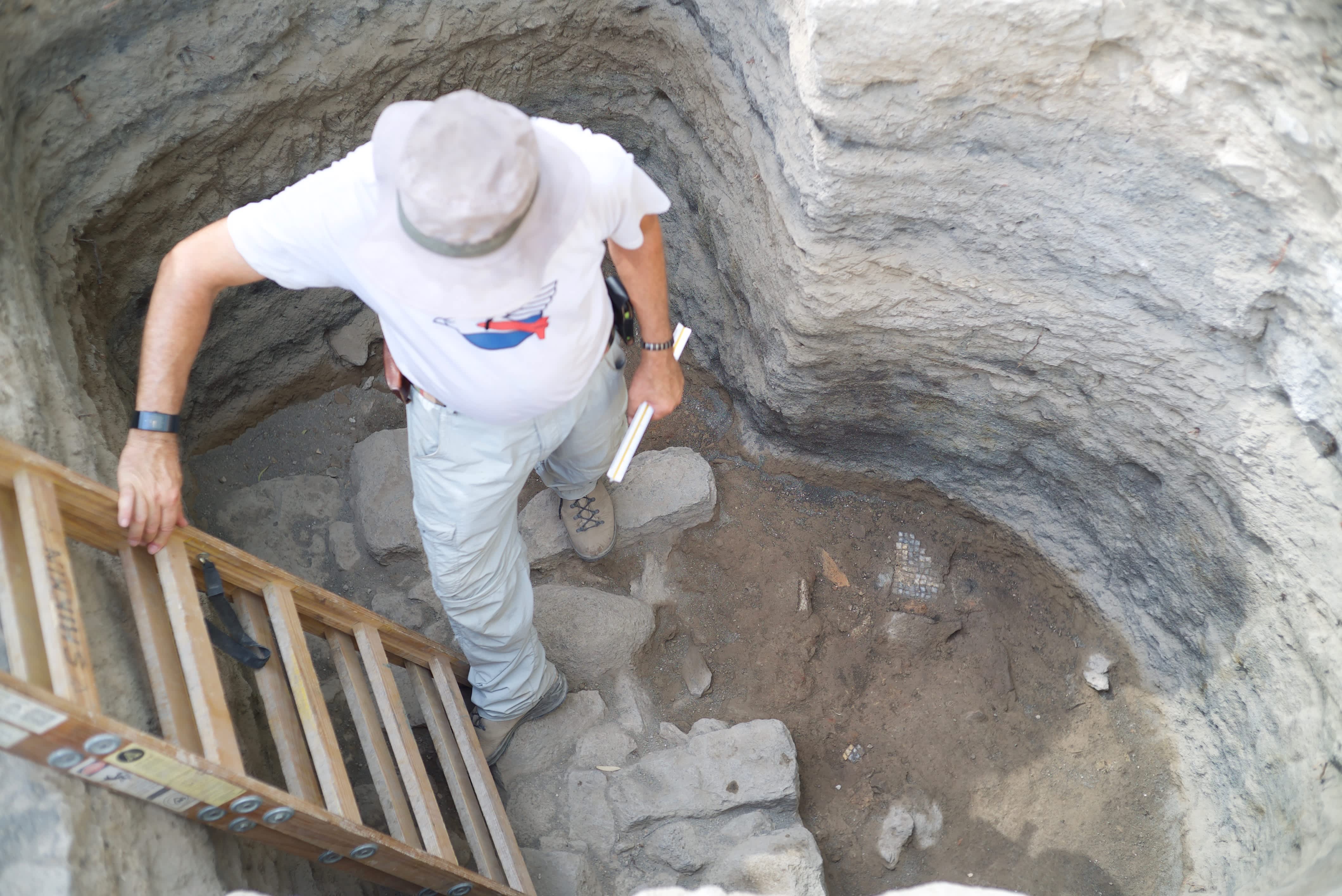 A mosaic fragment discovered attesting to the existence of a bathhouse from the Roman period ( COURTESY OF ZACHARY WONG)
“A layer from the Roman period was discovered in the current [excavation] season, with potsherds and coins from the first to the third centuries CE,” he said Sunday.“The layer from the Roman period was found at a depth of 2 meters below a layer from the Byzantine period. Our main surprise was that at the bottom of the excavation, in a limited area, a wall of a building was discovered, next to which was a mosaic floor and artifacts that characterize a bathhouse.”Noting that bathhouses during the Roman period were not common in the area, Aviam said it serves as an important clue to the possibility that beneath the surface are the remains of Julias, which has not been identified to this day.“This is a discovery that will arouse great interest among early Christian scholars, historians of the New Testament, and scholars of the Land of Israel in general, and the Jewish Galilee during the Second Temple period in particular,” said Aviam.The researcher added that a rare silver coin from the time of Emperor Nero during 65-66 CE was also unearthed at the site.
A silver coin from the time of Emperor Nero (65-66 CE) ( COURTESY OF JOUSUA DREY)
“At the very same time [of Nero’s rule], toward the end of 66 CE, Josephus, who fought against Roman soldiers from the army of King Agrippa II, came to the Galilee near Bethsaida,” he said.“In the swamps surrounding the city, his horse stumbled and he was wounded.According to him, he was taken to nearby Kfar Nahum to the doctor for treatment.”During previous excavations, a complex of buildings from the Byzantine period was also found in the area, in addition to nearly 30 coins from the 5th century CE under the pavement of the houses.Excavation of the site will continue until the lost city of Julias is definitely identified, Aviam said.