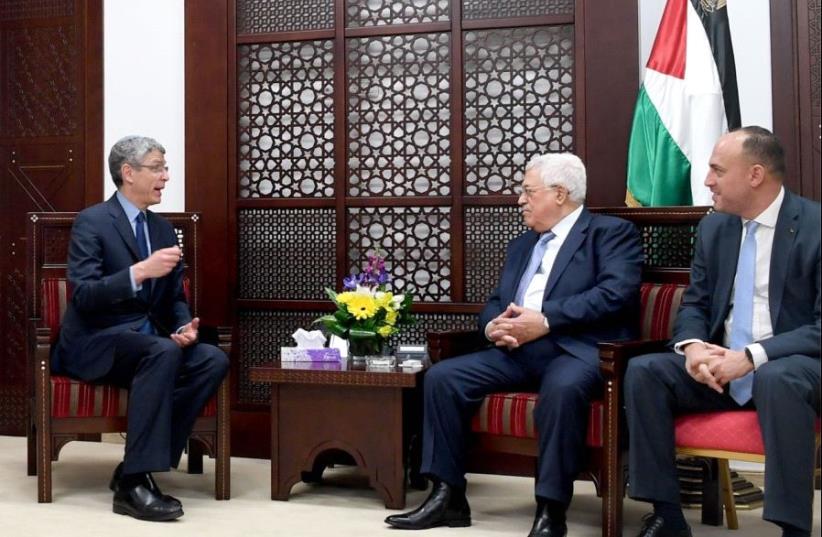 Palestinian Authority President Mahmoud Abbas meets with Rabbi Rick Jacobs
(photo credit: WAFA)
Advertisement
Union for Reform Judaism President Rabbi Rick Jacobs released a statement Wednesday expressing concern about US President Donald Trump's expected announcement regarding Jerusalem. The White House announced that President Trump will make a statement today recognizing Jerusalem as Israel's capital, with caveats including that the US Embassy remain in Tel Aviv and not be moved to Jerusalem for at least the next six months. However, President Trump has stated repeatedly in the recent past that he intends on beginning the process of relocating the embassy "soon.""While we share the President’s belief that the US Embassy should... be moved from Tel Aviv to Jerusalem, we cannot support his decision to begin preparing that move now, absent a comprehensive plan for a peace process," the statement read. "We urge the President to do everything in his power to move forward with efforts to bring true peace to the region and take no unilateral steps."Rabbi Jacobs's statement was endorsed by many prominent Reform Jewish organizations, including the Association of Reform Zionists of America, the Central Conference of American Rabbis and the Women's Rabbinic Network.