Some of the seals are inscribed with biblical names, several of which are still used today, such as Pinchas.

A complete seal bearing the name “Achiav Ben Menachem.”
(photo credit: ISRAELI ANTIQUITIES AUTHORITY/ CLARA AMIT)
Advertisement
A rare collection of ancient seals inscribed with the names of officials dating to the Judean Kingdom prior to the Babylonian destruction has been unearthed near the Old City’s walls during excavations conducted by the Antiquities Authority.Dozens of seals, made of small pieces of clay used to officially close letters, were well preserved in the City of David and serve as evidence of their owners.According to Ortal Chalaf and Dr. Joe Uziel, directors of the excavation funded by the Ir David Foundation (Elad), the seals illustrate the advanced administrative underpinnings of Jerusalem during the First Temple period.“The earliest seals bear mostly a series of pictures,” the archeologists said on Monday.“It appears that instead of writing the names of the clerks, symbols were used to show who the signatory was, or what he was sealing.” 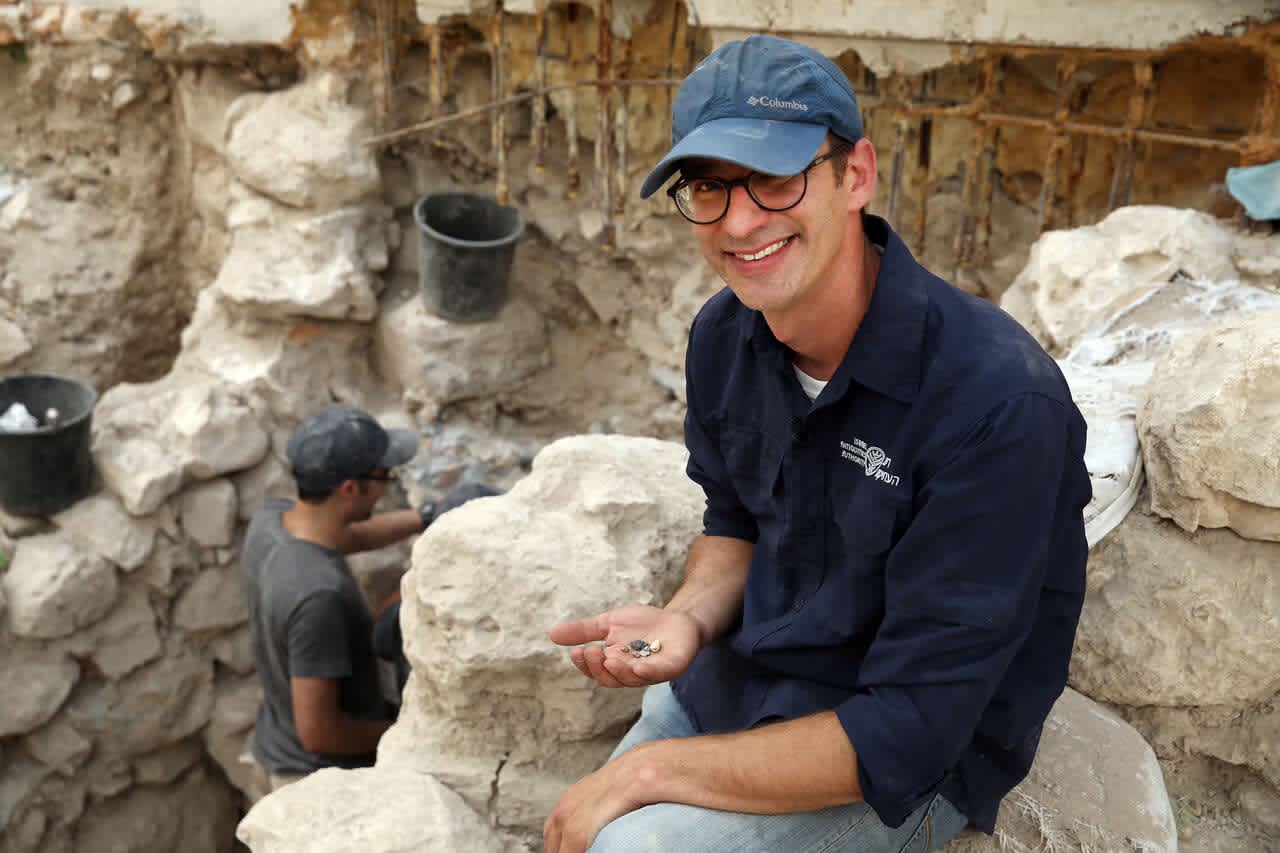 Dr. Joe Uziel with ancient seals at the City of David. (Eliyahu Yania/ The City of David)
During later stages of the period – from the time of King Hezekiah (approximately 700 BCE) and up to the destruction of Jerusalem, in 586 BCE – the seals bear the names of clerks in early Hebrew script.“Through these findings, we learn not only about the developed administrative systems in the city, but also about the residents and those who served in the civil service,” they noted.Some of the seals are inscribed with biblical names, several of which are still used today, such as Pinhas.“One particularly interesting seal mentions a man by the name of Ahiav Ben Menahem,” they said.“These two names are known in the context of the Kingdom of Israel: Menahem was a king of Israel, while Ahiav does not appear in the Bible, but his name resembles that of Ahav [Ahab] – the infamous king of Israel from the tales of the prophet Elijah.”Although the spelling of the name, “Ahiav,” differs somewhat from “Ahav,” they said it appears to be the same name.“The version of the name that appears on the seal discovered, Ahiav, appears as well in the Book of Jeremiah in the Septuagint, as well as in Flavius Josephus (Antiquities of the Jews 15:7-8),” they said.Chalaf and Uziel added that the appearance of the name “Ahiav” is interesting for two main reasons.“First, because it serves as further testimony to the names that are familiar to us from the Kingdom of Israel in the Bible, and which appear in Judah during the period following the destruction of the Kingdom of Israel,” they said.“These names are part of the evidence that after the exile of the Tribes of Israel, refugees arrived in Jerusalem from the northern kingdom, and found their way into senior positions in Jerusalem’s administration.”While Ahab is portrayed as a negative figure in the Bible, his name continues to be in use, albeit in a differently spelled version.“It was used both in Judea during the latter days of the First Temple, as reflected in Jeremiah and on the seal; and also after the destruction in the Babylonian exile, and up until the Second Temple period, as seen in the writings of Flavius Josephus,” the researchers said.The stamps, along with other archeological findings discovered during recent excavations, will be exhibited to the public for the first time at the 18th City of David research conference, the annual archeological conference held by the Megalim Institute, on September 7 at the City of David National Park.