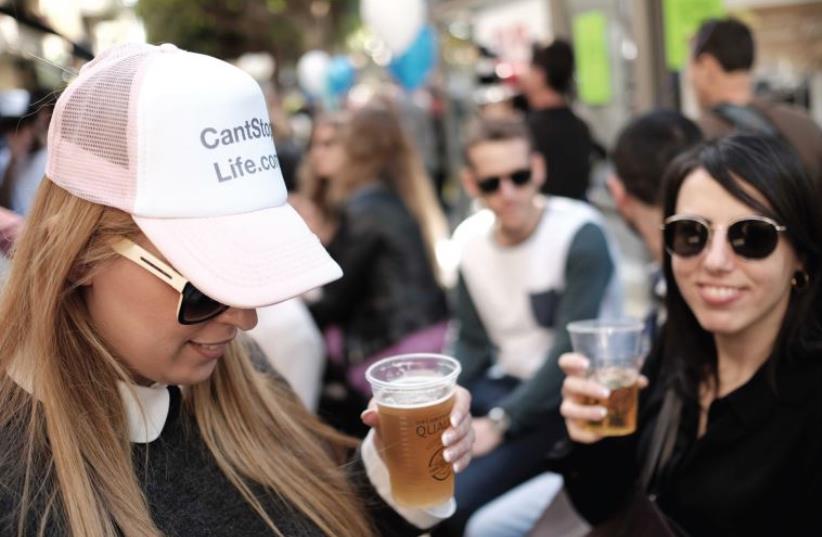 A street party in January at the Simta Pub, on Tel Aviv’s Dizengoff Street
(photo credit: REUTERS)
Advertisement
OMRI GILAD, a member of what sociologists call Generation Y, sits on a bench on Tel Aviv’s iconic Dizengoff Street ‒ the in place to be on a sunny Friday afternoon.The 29-year-old is waiting for his date to arrive, and doesn’t mind chatting with a reporter until the girl shows up.The topic is a newly published best seller (in Hebrew), “Generation Y ‒ As If There Is No Tomorrow,” by the husband and wife team of Haifa University academics Tamar and Oz Almog. They posit that Israel’s Generation Y, also known as Millennials, a group of about 800,000 born between 1980 and 1995, is generally spoiled, cosseted, self-involved, late to mature, passive, unwilling to work as hard as their parents did and incapable of commitment.