Even Crown Prince Muhammed bin Salman came out in support of the baby twins.

By ADAM RASGON
JANUARY 8, 2018 16:08
Conjoined twins Haneen and Farah are seen in an incubator at a hospital in Gaza City, October 26, 2017
(photo credit: MOHAMMED SALEM/REUTERS)
Advertisement
Doctors in Saudi Arabia performed a long and complicated operation to separate two-month-old conjoined twins who were born in the Gaza Strip, Saudi state media reported on Sunday.Hanin Ghanim survived the surgery and was transferred to intensive care, while Farah, her twin sister, died during the operation, according to Saudi Doctor Abdullah Rabia. 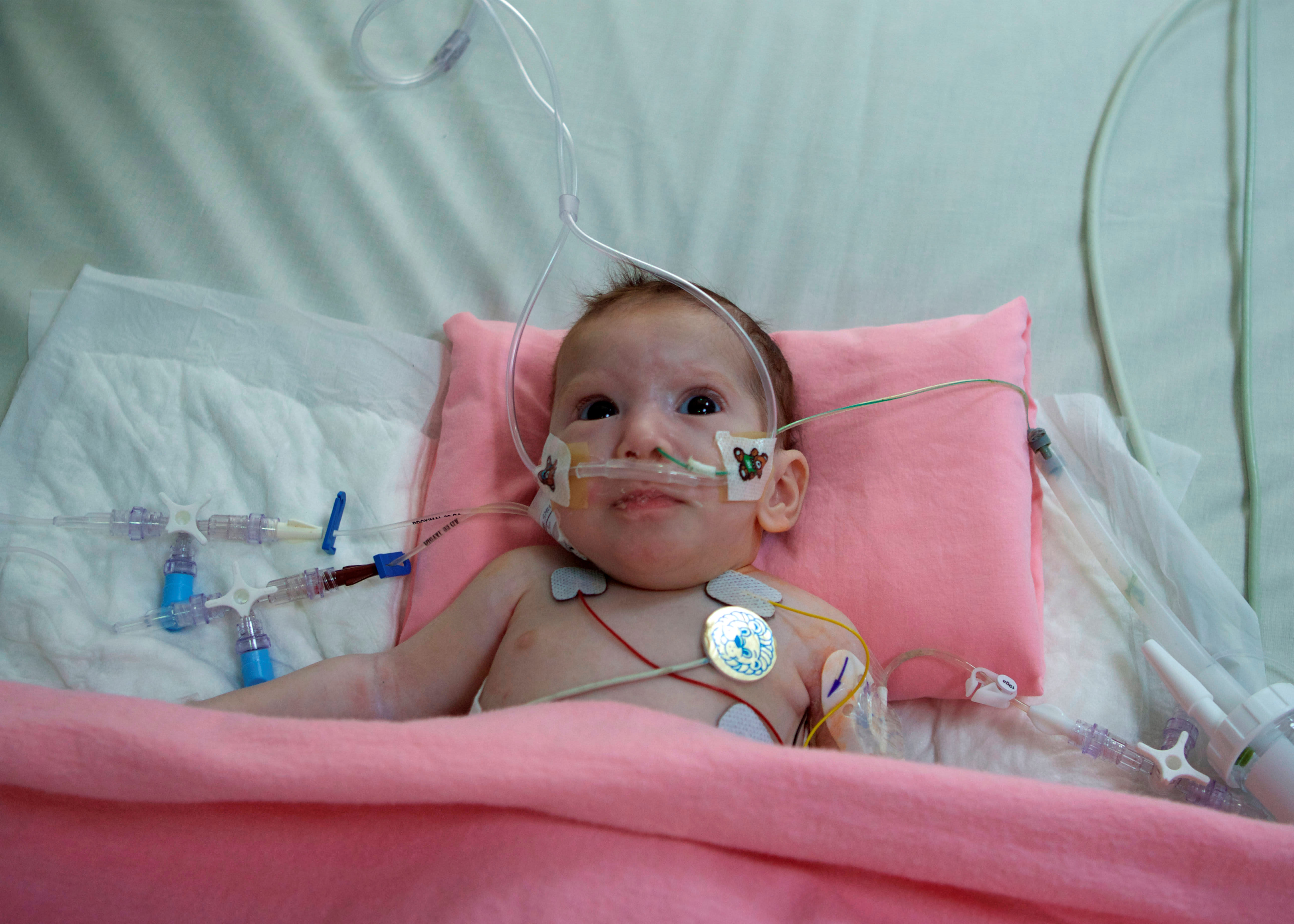 Haneen lies on a bed after she was separated from sister Farah at a hospital in Riyadh, Saudi Arabia, January 9, 2018. (FAISEL AL NASSER/REUTERS)“Hanin is in a stable condition and her vital signs are excellent,” Rabia told official Saudi television.The surviving girl is expected to stay in intensive care for the next two weeks.

Neo-natal Care Director at Shifa Hospital in Gaza City Alam Abu Hamda, who is familiar with the Ghanim twins’ case, said that Farah was born with birth defects and anomalies, which made the possibility of her surviving the surgery “very low.”“It was expected that she would not make it through,” he told The Jerusalem Post on Monday.The Ghanim twins were born at Shifa. Immediately following their births, doctors in Gaza determined that the newborns would need to be sent abroad to be surgically separated.On October 26, official Saudi media reported that Crown Prince Muhammed bin Salman ordered Saudi authorities to make arrangements to treat the twins at the King Abdulaziz Medical City in Riyadh and explore the possibility of separating them through surgery.Saudi doctors frequently perform surgeries to separate conjoined twins from around the Middle East and other places.