The tensions come as Israel warned it will oppose any Iranian attempt to block the Bab al-Mandab straits at the south end of the Red Sea. 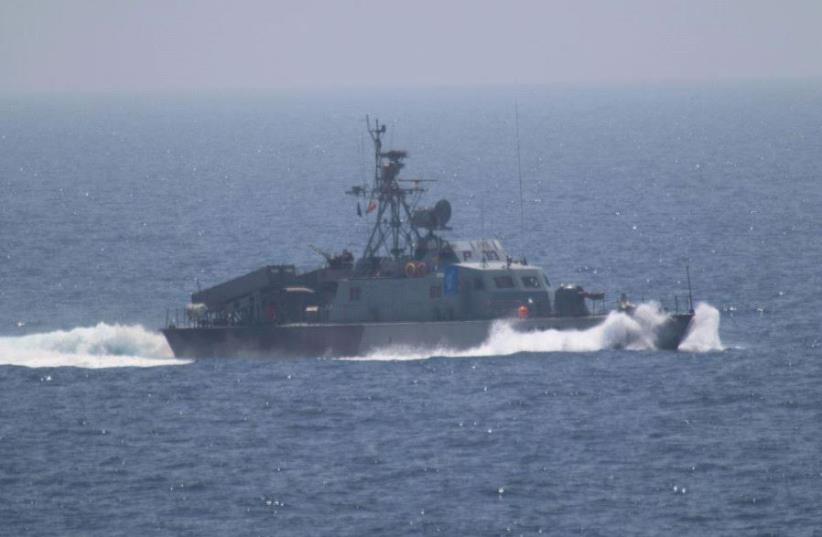 File: Military vessels from Iran's Revolutionary Guard Corps at the Strait of Hormuz
(photo credit: REUTERS)
Advertisement
Iran is conducting naval exercises next to the strategic Straits of Hormuz at the south end of the Persian Gulf as tensions rise with the US and Gulf states. A Navy spokesman with US Central Command said that American forces are monitoring the increased Iranian activity closely, and that the US would “ensure freedom of navigation.” The tensions come as Israel warned it will oppose any Iranian attempt to block the Bab al-Mandab straits at the south end of the Red Sea after Iranian-backed Houthi rebels in Yemen fired on Saudi Arabian tankers sailing in the strategic waters.Using increasingly belligerent rhetoric, Iran has threatened to disrupt oil shipping in both the Straits of Hormuz and the Bab al-Mandab. The Straits of Hormuz, which sees 30% of the world’s sea-borne oil pass through daily, is 33 km. wide at its narrowest point. Reports indicate that Iran would use its “swarm” of speedboats to harass tankers, a tactic it has repeatedly used in recent years. Operated by the Islamic Revolutionary Guard Corps (IRGC), these boats have harassed the US fleet and other vessels in the past. In March, British and US ships had to change course as two Iranian speedboats approached within 500 meters. In 2016, Iran captured two small US commando boats, and in 2007 Iran detained UK navy personnel.Iran’s small boats use their speed to nimbly harass lumbering tankers. However, according to reports, the US has been training with missiles and lasers to counter the Iranian threat.According to The National Interest, a bimonthly international affairs magazine published by Washington, DC’s Center for the National Interest, the US Navy has conducted a drill in Choctawatchee Bay in the Florida panhandle using A-10 Thunderbolt II jets to simulate machine-gunning an armada of speed boats. The A-10’s main cannon, which fires 3,900 bullets per minute at targets two km. away, could sink a swarm of little boats.Iran’s threat to blockade the Straits of Hormuz comes amid the steep decline of the Iranian rial, new US sanctions, and increasing domestic protests against the regime of the ayatollahs. If oil sanctions are imposed on Iran, the IRGC may make good on its slogan “You love life and we love death!” to harass shipping of the US and its allies. If Iran should launch such a campaign, navy analysts would quickly learn how devastatingly effective the A-10 can be.