The Mossad is the national intelligence agency of Israel, responsible for intelligence collection, covert operations abroad and counter-terrorism work. The agency also works to bring Jews from countries in which aliyah is forbidden, to Israel. The Mossad was found in December 1941 under the recommendation of then Prime Minister David Ben-Gurion. Tamir Pardo is the current head of the agency; He works directly under the prime minister.

Efrayim Halevy rejected Prime Minister Benjamin Netanyahu’s formula of “peace for peace,” saying that Israel was never at war with the UAE or Bahrain.

The projects contributed to Israel's security and preserved its qualitative advantage on the battlefield.

Yediot Ahronot claimed that the PMO and the Mossad fought with the Defense Ministry to sell advanced weapons to the UAE, but officials said that the ministry approved all sales

Exclusive: The Jerusalem Post reveals the results of the ICT-IDC open poker project.

The immediacy of the coronavirus crisis is probably what moved the UAE and potentially soon Bahrain, Oman and others, across the finish line for peace deals.

"The agreement is very important. Choosing peace is the strategy governing the middle east today, that is fed up with wars, tensions, and hatred between countries," said Colonel Khalfan. 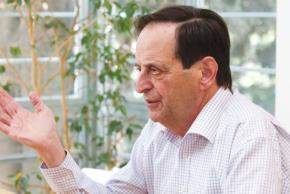 Operations budgets for the Mossad have also been skyrocketing as the IDF will need to cut billions from its budget in the coming years.

State Comptroller report is extremely rare and detailed disclosure of usually classified internal Mossad proceedings and debates regarding long-term future of the organization.

The three major appointments he has the most direct control over in the coming year are the heads of the police, Shin Bet (Israel Security Agency) and Mossad.