Super Tuesday, ‘The Artist’ in Romney, ill wishes for Santorum and Obama having the time(line) of his life.

By NIV ELIS
MARCH 6, 2012 12:21
USelections2012
(photo credit: Supplied)
Advertisement
To win a presidential election in the United States, a candidate must focus his or her campaign on image and message. The explosive growth of online media, social networks, tablets and smartphones means that candidates in the 2012 US presidential campaign are trying to get those images and messages across to voters in new and innovative ways. Gone are the days of controlled interviews on a handful of TV stations and newspapers; if a presidential hopeful is to stand a chance, he or she must get their ideas to “We the People” through our media of choice.Building on the momentum of 2008, 2012 is already the most Internet-focused campaign in history, using targeted Facebook ads, Twitter debates and viral videos to appeal to voters. In this election, and probably every election to come, social media matters.  Each week, “#USelections2012” will bring you the latest news in the presidential election from a social media perspective, examining how the candidates try to reach 270 electoral votes in 140 characters or less.Heading into Super Tuesday on the March 6, the day in which 10 states - representing 18 percent of the primary delegates - open their ballots to vote for the GOP nominee, the four remaining candidates are using every means at their disposal to edge ahead. But insight into how the candidates are doing sometimes lies less with what they’re Tweeting, and more with what everyone else is Tweeting about them.Mitt Romney, for example, is heading into Tuesday’s race with strong momentum after three consecutive wins in Arizona, Michigan, Wyoming and Washington. But he is also carrying the baggage of a narrow victory in his home state of Michigan alongside his reputation for out of touch gaffes. A week after the Oscar, a video clip from The Chris Matthew’s Show wishing Mitt were as silent as Best Picture winner The Artist’s characters is still working its way around the web:Viral Video of the Week:Romney’s lead rival Rick Santorum has also managed to find a fair share of pitfalls on the internet. Columnist Dan savage ensured years ago that Santorum would be “un-Google-able” by concocting a (very, very) dirty alternate meaning [http://santorumexposed.com/] to his name that continues to pop up in search results for the former senator.  His conservative social views have even led to the creation of Twitter accounts specifically to wish him ill (in the funniest ways possible).Tweet of the Week:

The remaining two candidates, Ron Paul and Newt Gingrich, remain the underdogs in the GOP race. After a strong showing in South Carolina, Gingrich lost a considerable amount of steam, and, according to the Pew Research Center found himself the subject of increasingly tough media coverage, while Ron Paul has yet to win a single state.With all of the Republican rivalry filling up the headlines, it’s easy to forget that across the aisle, US President Barack Obama is in full campaign mode as well. Obama’s savvy in using social media won him plaudits and votes in 2008, and he’s showing no sign of stopping. This week, Obama upgraded his Facebook page to the new “Timeline” format, embracing the newest Facebook facelift on the very first day it became available to business pages, and ahead of many users.The Timeline format features a giant photo in the center, essentially creating a huge ad space front and center for all to see.  It also allows users to populate a chronological listing of events alongside their photos and status updates.Obama’s team took full advantage, putting a graphic showing job growth under his administration in the enormous ad spot and filling the rest of the Timeline with Obama’s accomplishments and oh-so-relatable life events (like his humble beginnings as an ice cream scooper at Baskin Robbins). Oh, and on the day he was born? Alongside a “Made in the USA” caption, team Obama added photo of a mug (available for purchase, of course) emblazoned with his long-form birth certificate, the release of which (mostly) put to rest long-standing conspiracy theories that the president is not a US citizen. 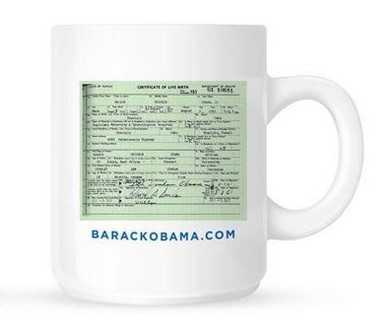 #USelections2012 offers weekly insight into the US Presidential election through a social media lens, showing how candidates try to reach 270 electoral votes in 140 characters or less.The writer is a Breaking News editor and blogger at The Jerusalem Post. Read his blog ‘The Bottom Line’ here