I feel another conflict is coming, says Peki’in resident • IDF intel head: No army has had more info on its enemies than we have on Hezbollah. 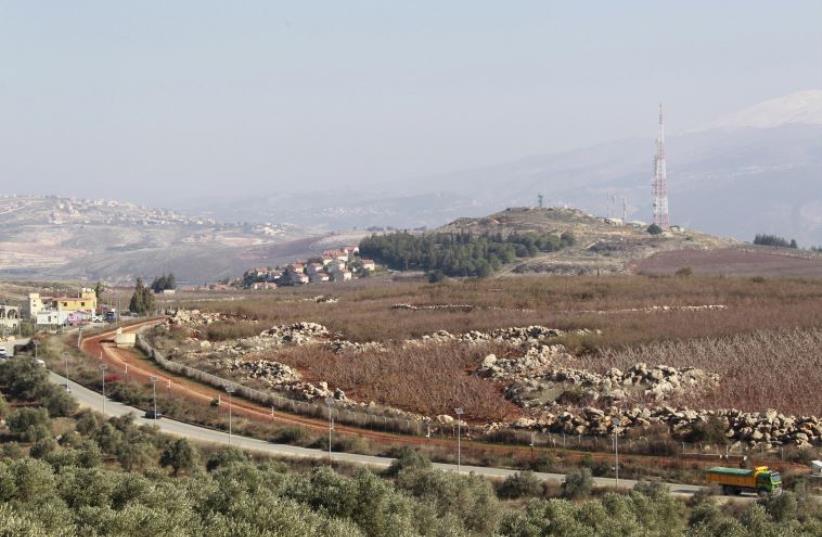 A general view shows the Lebanese-Israeli border as seen from Kfar Kila village, southern Lebanon December 21, 2015
(photo credit: REUTERS)
Advertisement
As Israel prepares to mark a decade since the Second Lebanon War, residents near the northern border spoke to The Jerusalem Post about the blitz of Hezbollah rockets and their fear of another such onslaught.Jamal Kheir, the owner of a hotel in Peki’in, a mainly Druse village near the border with Lebanon, said his village was hit by 122 Hezbollah rockets. People were wounded, but nobody was killed, he said.He was forced to close his hotel and after the war the government compensated him for his losses. “Business stopped completely,” he said.Kheir mentioned that Peki’in, with around 5,500 residents, has only one bomb shelter.Asked about the feeling in the village during the 2006 war, he responded, “Fear” and blame at Hezbollah. He added that Druse men from the village fought in the war with the Israeli army.And asked if he feared another war, he replied, “Yes, and I feel it is coming.”Edwar Makhoul, a Christian Arab also from Peki’in, said a rocket hit near his home.The danger led him to flee to his grandparent’s home in Kafr Yasif, a bit farther away from the border, northeast of Acre.Rockets still hit Kafr Yasif, but much fewer than struck Peki’in, he recalled, adding that businesses were still operating there.Asked about the feeling of residents, he said that they were “upset because they [Hezbollah] were targeting civilians and not the army.”In a speech that touched on Hezbollah at the Herzliya Conference on Wednesday, Maj.-Gen. Herzi Halevi, Chief of the IDF’s Military Intelligence Directorate, mentioned that the Shi’ite group is suffering many casualties in the war in Syria, “but also experiences significant achievements, and in this process they learn a lot and gain access to new means of combat.“We have no offensive intentions in Lebanon. We do not want a war, but we’re ready for one more than ever.No army has had more intelligence on its enemies than we do about Hezbollah today,” he said.“Iran is sending weaponry to Hezbollah – some of it gets to Syria, but some of it stays in Lebanon. Syrian industries have resumed the production of weaponry for Hezbollah, and neither the world nor Israel should accept it – it could escalate the next conflict.”Halevi went on to comment that if Hezbollah chief Hassan Nasrallah knew about Israel’s capabilities, he would not risk another war.