Mohammad El Halabi, who worked for World Vision and has been accused of helping Hamas, has been on trial for over five years. 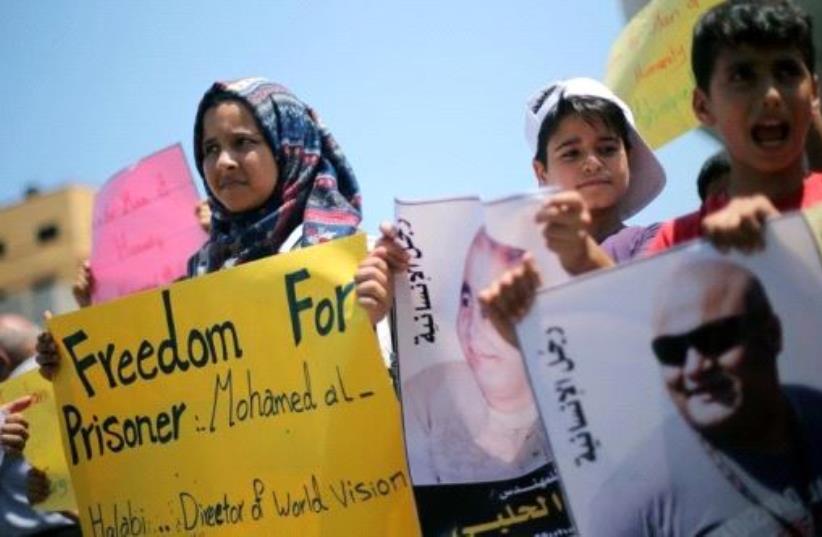 The US State Department has informed the father of a World Vision official on trial for allegedly assisting Hamas that it is closely monitoring the case, according to an email obtained by The Jerusalem Post.

Mohammad El Halabi, who claims the charges against him were made to delegitimize his humanitarian work, has been detained for nearly five and a half years and has been waiting for a verdict from the Beersheba District Court since closing arguments concluded last July and October.

His father, Khalil El Halabi, had sent a letter to the US government to request assistance to free his son or to at least hasten a verdict and a close to the unprecedentedly drawn-out proceedings.

In the January 31 email being disclosed now for the first time, the US Embassy in Jerusalem responded to El Halibi, saying: “The United States is aware of your son’s case and has also covered it in our annual Country Reports on Human Rights Practices.”

“Officers at the Embassy have closely monitored his case and have previously been in touch with World Vision and Mohammad’s attorney to learn more about his detention and court case,” it said. 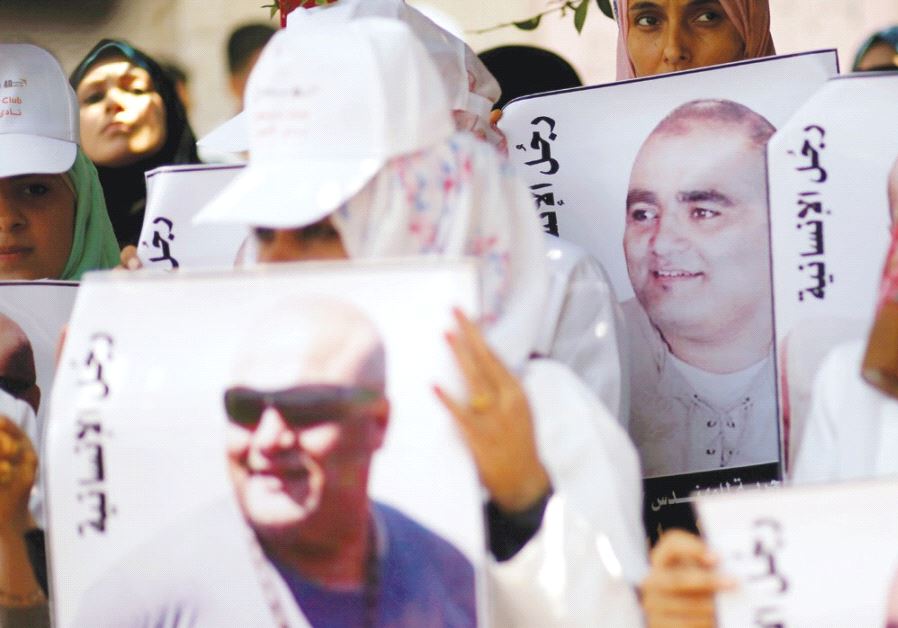 PALESTINIANS HOLD POSTERS of Mohammad El Halabi, World Vision’s manager of operations in the Gaza Strip, at a protest to show support for him in Gaza City on August 7. (credit: REUTERS)

“We’ve also been in touch with the Israeli authorities to express our concerns over the impact his case has had on the shrinking humanitarian space in Gaza,” it added.

“We will continue to monitor the case closely and raise our concerns with the appropriate officials,” the US Embassy said.

In parallel, Mohammad El Halabi’s lawyer, Maher Hana, is trying to get him freed from detention pending the verdict, given that he has been in pre-verdict detention for so long.

A hearing on the issue before the Supreme Court that had been scheduled for this coming Tuesday has been postponed until February 15.

El Halabi has vehemently denied the charges and accused the prosecution and the Shin Bet (Israel Security Agency) of manufacturing charges, coercing a confession to undermine humanitarian organizations in Gaza and dragging out the case.

To date, only the defendant has been criticizing the prosecution, with the state refraining from responding publicly due to concerns about revealing classified intelligence.

El Halabi was indicted in August 2016 for channeling $7.2 million a year to Hamas to buy weapons and build attack tunnels. The money was to have been used by World Vision for food, humanitarian assistance and aid programs for disabled children.

Neither World Vision nor an Australian government audit found the wrongdoing allegedly uncovered by the Shin Bet.

Meanwhile, Israel is trying to convince the International Criminal Court and countries in Europe that its legal system is legitimate and fair to avoid war-crimes trials and combat charges of apartheid from Amnesty International and others.

Closing arguments for the prosecution started last spring, but like much of the case, they dragged out for unclear reasons until October.

Last March, the Justice Ministry indicated it would release key points of its closing arguments to the public in response to some of the defendant’s allegations that his rights had been abused.

Ultimately, the ministry decided not to release any information and to postpone that issue at the court’s discretion as part of the verdict. Though the ministry claims the court postponed any disclosures, it usually is the prosecution that requests gag orders in the first place.

Since last March, more allegations have emerged from El Halabi’s side. One is that he was fooled by an undercover informant in detention into confirming details that the informant kept pressuring El Halabi to confirm.

The defense has said the case should have been dismissed in light of the circumstances in which the confession was given. The police record of what was said is an inauthentic photocopy, raising questions of a police cover-up, it said.

In addition, the defense has claimed that World Vision did not transfer any materials to Gaza at some of the crossing points where the prosecution says El Halabi made illegal transfers to Hamas.

Although these allegations are new to the public, the prosecution has been aware of them and responded to them behind closed doors throughout the trial, the Post has learned.

The prosecution’s responses are classified at this stage, but the prosecution apparently acknowledges having used an undercover informant and would say this is a standard approved tactic and that no illegal pressure was applied.

Moreover, the prosecution would point out that the court had already rejected any allegations of a coerced confession earlier in the case and that the only question left for it to settle is how much weight to give the confession.

Regarding the allegation of a lost document, it appears the prosecution would likely express regret and reject any conspiracy theories, adding that this is not the first case such an error occurred and that the defense has not flagged any specific issues to invalidate the authenticity of the copy of the confession.

Regarding the border crossing, the prosecution would respond that El Halabi was a clever operator and sometimes used different organizations or names to move materials, while using World Vision as his main laundering tool.

Last March, Khalil El Halabi told the Post Mohammad El Halabi had “brought conclusive evidence and testimonies of the employees of the organization and internal and external international auditors, as well as contractors and even farmers, who all testified that there was no diversion of any funds from the activities of the organization.”

El Halabi said this shows that allegations regarding his son misappropriating humanitarian funds for Hamas were unfounded.

Further, he said, “At least three defense experts confirmed that the existing ‘evidence’ is clearly unreliable and untrue… based on limited preliminary examination only… Due to the confidentiality imposed on me by the state, I am not allowed to comment on the nature of the evidence.”

According to Khalil El Halabi, the defense has called three expert witnesses, likely relating to finance or auditing, as well as employees of World Vision, contractors and farmers involved with how the NGO’s funds were spent.

The defense also claims it did not see all of the evidence.

The prosecution would say El Halabi used tactics such as falsifying documentation or concealing the use of certain funds using other entities to hide his use of World Vision as a financial laundering instrument, just as he did with physical transfers of matériels for Hamas, the Post has learned.

Further, the prosecution has said even though the public has not seen the full evidence, the defense has.

Both sides accuse the other of unconscionable delays relating to fighting over how the trial would take place, what evidence the defense would get to see and the possibility in the earlier years of reaching a plea deal.