Michael Lynk's report upgrades the drive to label Israel as an apartheid state because it will be posted on the UN's internet and written into the UNHRC record. 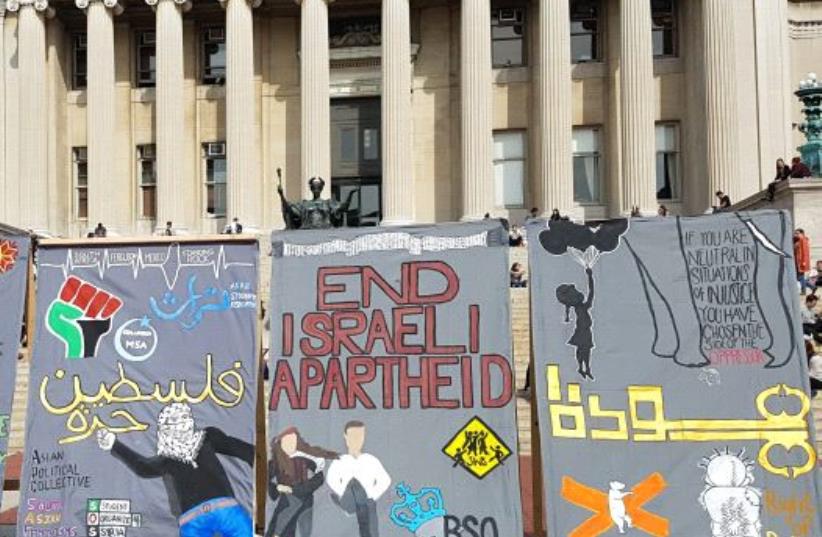 The United Nations must hold Israel responsible for the crime of apartheid against Palestinians, legal expert Michael Lynk told the Human Rights Council in Geneva in a written report due to be debated on Friday.

"The Special Rapporteur recommends that the international community accepts and adopts the findings … that apartheid is being practiced by Israel in the occupied Palestinian territory and beyond," Lynk wrote as part of a series of recommendations he placed at the end of his report.

He submitted the document in the aftermath of three reports that accused Israel of the crime of apartheid, authored by Yesh Din, B'Tselem, Human Rights Watch, and Amnesty International.

Lynk's report, however, upgrades the drive to label Israel as an apartheid state because it will be posted on the UN's internet and written into the UNHRC record.

Lynk called on the international community to implement accountability measures to ensure an end to Israeli apartheid practices.

The International Criminal Court and/or the International Court of Justice should render judgments on the matter, he said. The UN should also "re-establish the Special Committee Against Apartheid" to investigate alleges of apartheid against any government," the report stated.

Israel's Ambassador to the UN in Geneva Meirav Eilon Shahar said that Lynk had spent his six years at the council distorting the facts and was "doing so again."

“This report recycles baseless and outrageous libels previously published by NGOs that share the same goal as the author of this report: to delegitimize and criminalize the State of Israel for what it is: the Nation State of the Jewish People, with equal rights for all its citizens, irrespective of religion, race or sex," she said.

Eilon Shahar said any report on the Israeli-Palestinian conflict which failed to take into consideration the "security challenges and threats faced daily by all Israelis" can't be taken seriously. This includes the danger from Hamas in Gaza, she said.

"Once again, the Human Rights Council and its mechanisms have found a way to further inflame the region and the conflict. Once again they have proven to be detrimental to the cause of peace and reconciliation," she said.

Lynk is finishing his sixth year as Special Rapporteur on the situation of human rights in the Palestinian territories occupied since 1967. This UNHRC session is expected to be his last.

Pro-Palestinian groups and officials have focused on comparing Israel to an apartheid state given that there are no negotiations for a two-state resolution to the conflict and none are in the offing.

"When the facts change, so must our minds," Lynk wrote.

He explained that in the absence of a two-state solution one had to conclude that Israelis and Palestinians live within a two-tiered system whose discriminatory policies met the definition for apartheid.

"In the Palestinian territory that Israel has occupied since 1967, there are now five million stateless Palestinians living without rights, in an acute state of subjugation, and with no path to self-determination or a viable independent state which the international community has repeatedly promised is their right," Lynk wrote.

Opponents of the apartheid charge have argued that it transforms what is a territorial dispute between two peoples into the crime of racism.