By YOSSI MELMAN
JUNE 4, 2015 16:57
The Six-Day War (IDF Archives, Ministry of Defence)
Advertisement
One of Israel’s most worrisome concerns in the days preceding the 1967 Six Day War was that the Egyptian Air Force would attack the nuclear reactor in Dimona. This was revealed in the newly released and declassified secret documents of the IDF archives, to mark the 48th anniversary of that war, which began June 5.The war broke out with the Israel Air Force’s surprise preemptive strike, which within three hours destroyed the entire Egyptian Air Force, sitting like ducks on the tarmacs of its airfields.On June 2, the government’s security cabinet convened for a tense and dramatic meeting with the IDF General Staff. It was the first session to include Moshe Dayan as the new defense minister, appointed only a day before, after prime minister Levi Eshkol was forced due to public pressure to relinquish the defense post. 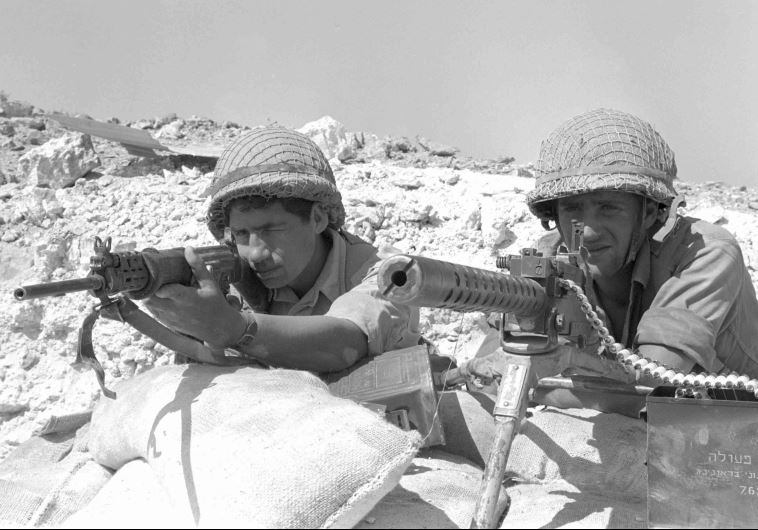 Eshkol’s decision to step down as defense minister was a result of a confusing speech that he delivered during a live radio broadcast in which he stuttered. The impression on the Israeli public, already under tremendous fear of another Holocaust, was overwhelming.The times were of extreme emotions and tension, referred to as the “waiting period.” Roughly two weeks earlier the Egyptian Army broke the international agreement with Israel, signed a decade earlier after the 1956 Sinai Campaign, and entered the demilitarized Sinai Peninsula. A few days later, the Egyptians expelled the UN peacekeeping force, and closed the Straits of Tiran, blocking Israeli and international ships from reaching the port of Eilat.Israel mobilized its military reserves, partially paralyzing its economy. The meeting of the cabinet ministers and the military echelon would later become known as the “generals’ putsch,” as some of these senior officers demanded of Eshkol and the cabinet to make an immediate decision to launch a preemptive strike.The meeting opened with a briefing by then Military Intelligence chief Maj.- Gen. Aharon Yariv, who said that one of the battle scenarios was that the Egyptian air force would launch “a strike to destroy Dimona and airfields.”Construction of the Dimona nuclear reactor began in 1958 and ended in 1961. According to foreign reports, by the eve of the Six Day War, Israel had already managed to assemble one nuclear weapon. 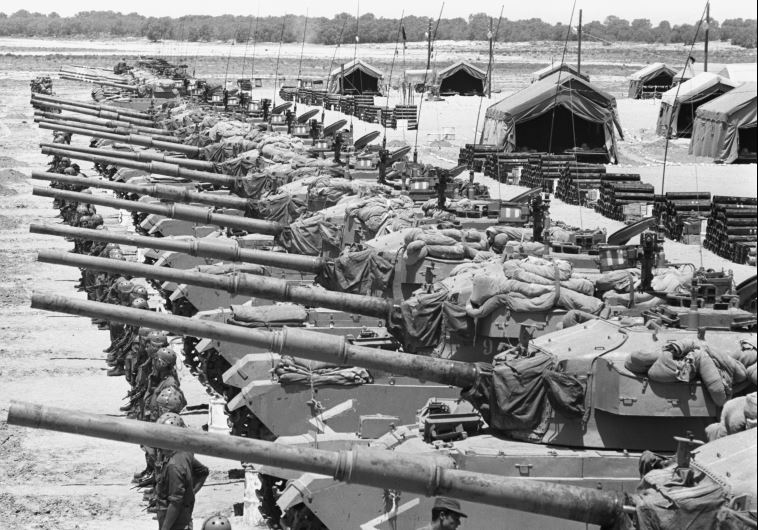 Israel Air Force commander Maj.- Gen. Mordechai Hod revealed that Egyptian warplanes had managed to infiltrate Israel’s air space on reconnaissance missions at least four times, photographing the port of Eilat on the Red sea and another site – that was censored.It can be assumed that their target was to take images of the nuclear reactor at Dimona.Later, Yariv explained that efforts that the US or an international force would lift the Egyptian blockade had failed.“We believe that the US doesn’t consider taking a strong and serious action to lift the naval blockade and solve the crisis,” he said, adding, “We believe that the US understands that we have to act” and that “American experts estimate that Israel can win the battle.”He stressed that “there are people in important places in the US who see an Israeli action as an easy solution for the US to get out of this entanglement.” 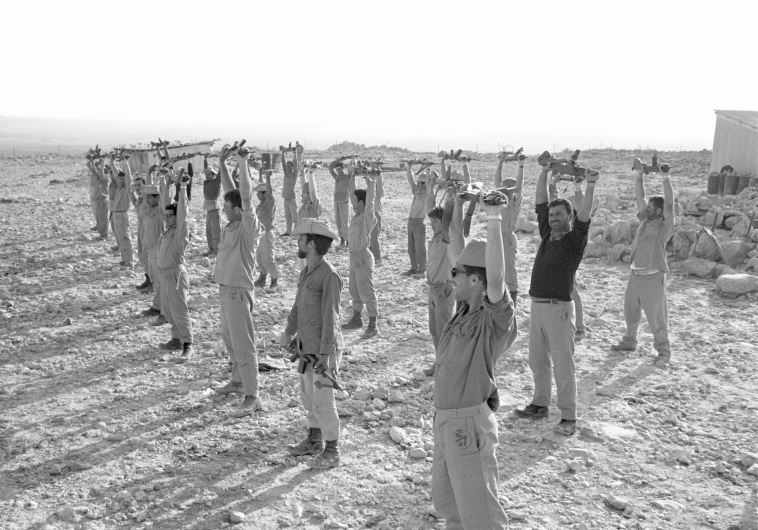 This remark by the chief of Military Intelligence can be interpreted as an Israeli understanding that the US administration was signaling Israel to launch the war.Then IDF chief of staff Lt.-Gen.Yitzhak Rabin – who had just returned to work after a nervous breakdown, hidden from the public and explained as “nicotine poisoning” – warned, “As time passes and Israel doesn’t act, Arab confidence is growing and our mission will be harder.”Rabin added, “I feel that the military and diplomatic ring to strangle us is tightening.” 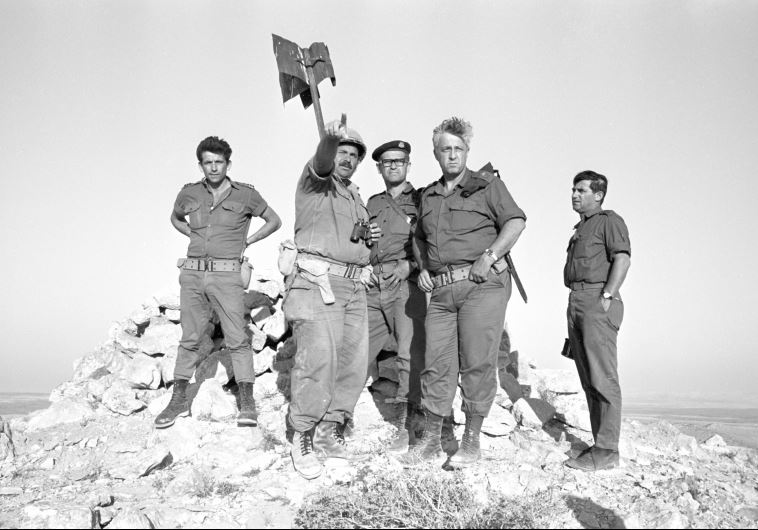 Nevertheless, he assured the meeting that “We can do it [win the war – YM], especially if the initiative is in our hands.”Yet most ministers were not convinced.They expressed concern that the Soviet Union might intervene if Israel launched a military campaign and asked questions about the defense capabilities of the IDF, and especially the air force, to protect cities from Egyptian air raids and bombs. Eshkol remained hesitant, which drove then Maj.-Gen. Ariel Sharon to use harsh words bordering on contempt for the government – a style that characterized him in years to come.“Because of hesitations and our time wasting, we lost our main deterring factor – this is the Arab states’ fear of our army. We destroy it day by day.The loss of our deterrence is the most important factor,” Sharon said. 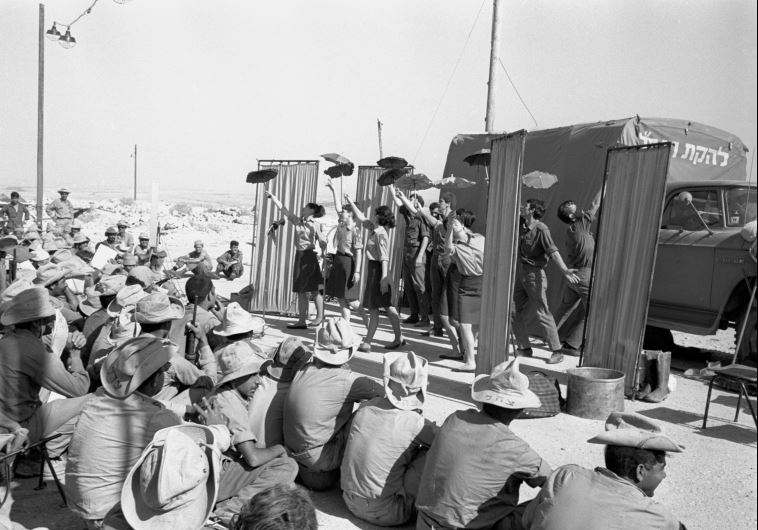 Moshe Dayan is given the floor for the first time. He said that, although there is no guarantee, the IDF can defeat the Egyptian Army in six days – exactly the same time it took to do it in the Sinai Campaign in 1956, when Dayan was chief of staff.He added that maybe extra days would be required to complete the task and conquer Sharm e-Sheikh, which overlooks the Straits.“What are we waiting for?” Dayan asked, and his words were echoed by Maj.-Gen. Mattityahu Peled, who after the war became one of the first promoters of the notion to grant the Palestinians in the West bank and Gaza a state of their own.Eshkol tried his best to calm the hot blooded attitude of Dayan and the generals. He turned to Sharon and said, “I was disgusted by what you said.”The prime minister continued to express concern that, despite the comforting words of Rabin that the Soviet Union most likely would not interfere in the war, he still did not know how the Soviets would react. 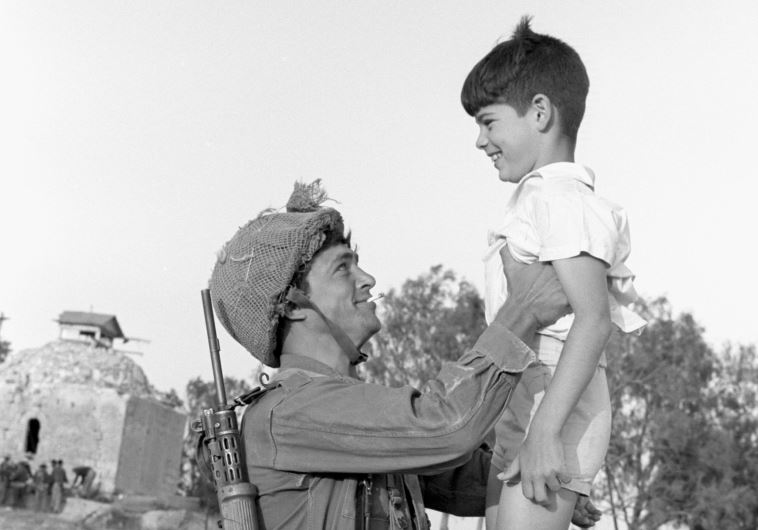 Eshkol explained that the waiting period was still important, because it helped to “engrave in [US president Lyndon] Johnson’s ears that we didn’t cheat him.”I truly hope that we will not need him in the middle of the war.” Eshkol concluded.The meeting dispersed after twoand- a-half hours with no decision. Two days later, Eshkol and the cabinet gave the IDF the order to launch Red Sheet, the code word for the preemptive strike against Egypt and a war that changed the course of Israel’s history.Photos: IDF Archives, Ministry of Defence