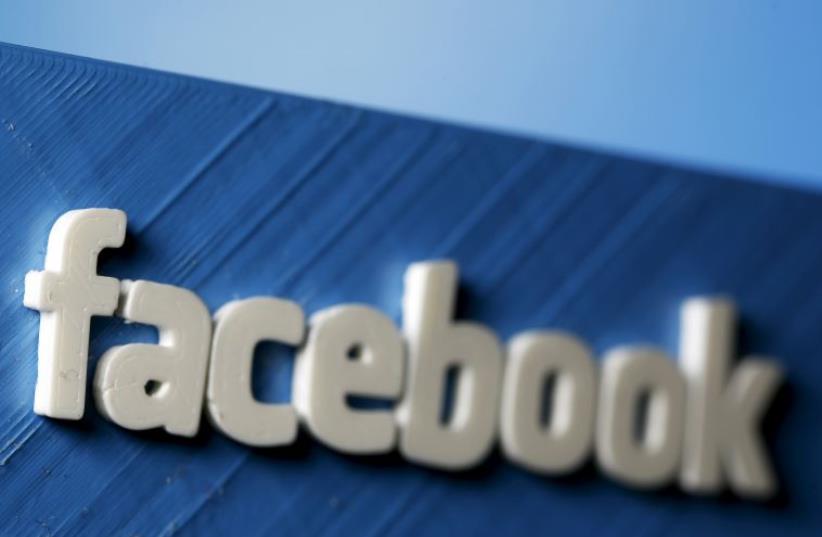 Facebook
(photo credit: FACEBOOK)
Advertisement
Facebook closed down the official page of Palestinian Authority President Mahmoud Abbas’s Fatah Party on Monday as part of an ongoing campaign the social media platform is carrying out against accounts that promote violence.Munir Jaghoub, a spokesman of Fatah’s Mobilization and Organization commissariat, told The Jerusalem Post that he believes Facebook closed the account because of an historic photo of former PA president Yasser Arafat grasping a rifle, while standing alongside Fatah Vice Chairman Mahmoud al-Aloul.“Facebook closed the account and then sent us a message of that photo,” Jaghoub said in a phone call, adding that Facebook had sent three warning messages with attachments of other photos over the past several months.
Kerry: Palestinian leaders must stop incitement
Jaghoub said that in his opinion, the photo of Arafat and the other material published on the Fatah account did not constitute incitement. Nonetheless, a review of the Fatah account’s history shows that it has published a number of posts and pictures that glorify violent acts against Israelis.For example, Fatah posted a page on August 2, 2016, bragging about the alleged number of Israelis Fatah has killed. “To those who argue, to the ignorant, and to those who do not know history…Fatah has killed 11,000 Israelis,” the post read.This incendiary post and tens of others, however, stand in sharp contrast to the message of Fatah chairman Abbas pertaining to violence.Abbas has consistently eschewed violence and ordered the PA security forces to arrest Palestinians who plan to carry out attacks against Israelis. In the past 20 months alone, the PA security forces have foiled more than 200 attacks against Israelis, according to PA General Intelligence Chief Majid Faraj.Jaghoub also said that Facebook blocked the pages of the account’s 12 administrators for 30 days. Facebook deleted a second official Fatah account that had garnered 200,000 followers, 18 months ago, according to Jaghoub.Monday’s deletion of the Fatah account comes as Facebook is undertaking a number of steps to crack down on incitement. Over the past eight months, Facebook has closed well more than a hundred accounts belonging to or supportive of Hamas, sparking outrage in the Islamist party’s ranks.Israeli leaders have pointed their fingers at Facebook over the past year for enabling inciters on its platform. Public Security Minister Gilad Erdan even accused Facebook founder Mark Zuckerburg of having “blood on his hands” in July 2016.Nonetheless, Israeli leaders have more recently said that their working relationship with Facebook is improving. “Cooperation today is much better than it was in the past,” Justice Minister Ayelet Shaked said in February.