Fatah official claims 'Israel has Auschwitz for Palestinians in each city'

Jibril Rajoub was responding to Prime Minister Benjamin Netanyahu's appearance at the Ministerial to Promote a Future of Peace and Security in the Middle East in Warsaw on Wednesday. 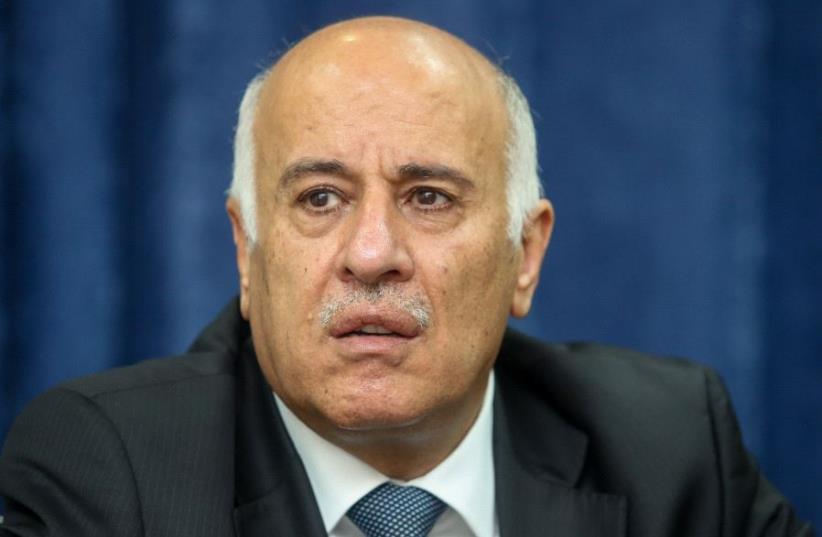 Jibril Rajoub
(photo credit: MARC ISRAEL SELLEM)
Advertisement
Fatah official Jibril Rajoub said on Wednesday that Israel was massacring Palestinians in every city, according to Palestinian media. "In every city in Palestine, from Rafah to Jenin, there is an Israeli Auschwitz to massacre Palestinians," Rajoub said.
This message is in response to Prime Minister Benjamin Netanyahu's visit to Warsaw to attend the Ministerial to Promote a Future of Peace and Security in the Middle East, a US-Poland sponsored event, which opened on Wednesday night."If there will be cocktail parties and toasts with Netanyahu and the Arabs, we will indeed view it as a mistake and a knife [in the back]," Rajoub, the Fatah Central Committee secretary, said. "They are welcoming Netanyahu in Warsaw in order to remind us of the Holocaust and Auschwitz."Rajoub is not the first to discredit the Warsaw conference. PLO Secretary-General Saeb Erekat said last week that it “is an attempt at bypassing the Arab Peace Initiative [from 2002] and destroying the Palestinian national project.”Fatah's spokesman Osama Qawasmeh, similarly to Rajoub, said that any Arab leader who meets with Netanyahu at the Warsaw conference is "stabbing Jerusalem and our Palestinian people."
The Palestinian Authority turned down an invitation to the attend the conference, and called on other Arab countries not to attend, arguing that the real goal of the parley is promote normalization between Israel and the Arab countries – something the PA opposes until an agreement is reached with Israel on the basis of a two-state solution along the 1967 lines, with east Jerusalem as the capital of a Palestinian state.

Of the 60 countries represented at the conference over 10 were Arab states, including Jordan, Bahrain, Saudi Arabia, Yemen, UAE, Oman Kuwait and Morocco.

Herb Keinon contributed to the report.