"It is not much consolation, we would have preferred [the] death [penalty] or life-sentencing," says mother of attack victim Adele Biton.

By JPOST.COM STAFF
JANUARY 29, 2016 03:01
Adele Biton
(photo credit: FACEBOOK)
Advertisement
Five Palestinian youth were sentenced on Thursday in the Samaria Military Court over a rock-throwing attack in 2013 that lead to the later death of four-year-old Israeli girl Adele Biton. The five were sentence to 15 years in prison, and were order to provide financial compensation to Biton's family, according to Channel 2. The girl's mother, Adva, told Channel 2 that the sentencing did not provide much solace for her bereaved family. "It is not much consolation, we would have preferred [the] death [penalty] or life-sentencing. The state did not properly tend to the matter and it didn't fully enforce the punishment to the fullest," she told the television channel. "This ruling is considered harsh punishment, but it's still very disappointing," she added. "In Florida, for example, a rock is considered a weapon. We put up with it daily and are murdered thus," she lamented. "We preferred to sign a plea bargain with all the sorrow that it entailed. The pain of burying a little girl who is four-years and eight-months-old lasts a lifetime." 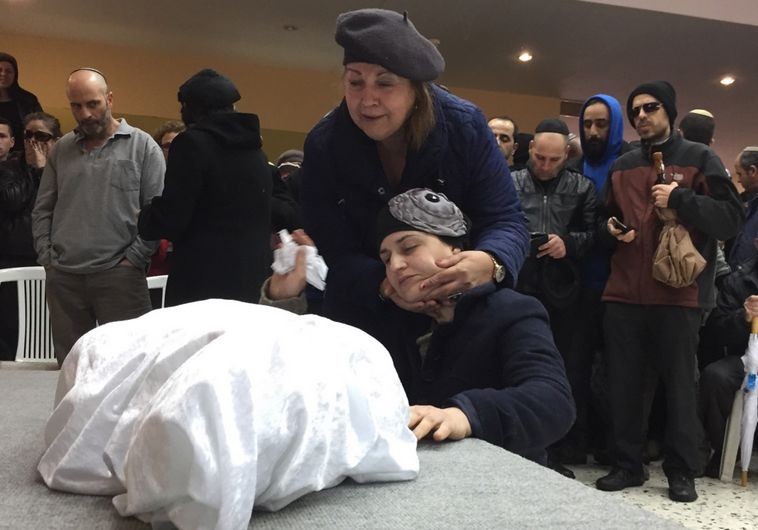 Biton was wounded when Palestinian assailants hurled rocks at the car traveling near the West Bank settlement of Ariel caused it to swerve and smash into a truck. Seven Israelis were hurt as a result, including the then three-year-old girl. Biton’s two sisters and mother were moderately wounded in the attack.In February 2015, the four-year-old girl from the Yakir settlement died at Schneider Children’s Hospital in Petah Tikva as a result of pneumonia.Adva Biton said before her daughter's death that she had no doubt that the severity of the pneumonia was a direct result of the wounds she suffered in the 2013 terrorist attack.In April 2013, five Palestinians were charged with throwing rocks at the highway that caused the crash that wounded Biton.