A sense of victory by both Hamas and Israel: A recipe for escalation in Gaza?

Seven tips for how Israel can improve its position amid turbulence on the Gaza border.

By AMOS YADLIN
APRIL 12, 2018 22:01
IDF summary of Gaza protests on Friday, April 6 (IDF Spokesperson's Unit)
Advertisement
Following the "March of Return" events led by Hamas on two turbulent Fridays at the border fence between Israel and the Gaza Strip, both sides declared victory.Hamas boasts a sense of victory and satisfaction given that in its view, the organization has reclaimed the leadership of the Palestinian struggle, found an effective strategy to challenge Israel without (at least, so far) igniting another round of fighting, positioned itself as the leader of an unarmed, non-violent civilian protest, shown Palestinian Authority leader Mahmoud Abbas to be irrelevant and limited his ability to increase the sanctions on Gaza, and sparked international criticism of Israel for ostensibly disproportionate use of military force in particular, and for the "blockade" of Gaza in general.At the same time, both security and political circles in Israel have expressed a sense of victory: a breach of the fence and a mass influx of Palestinians into Israeli territory were prevented, thus avoiding a serious threat to the Israeli communities along the border; serious friction between military forces and Palestinian demonstrators with large numbers of casualties did not occur; Israel displayed an effective and deterrent response to the attempt to challenge Israeli sovereignty by means of terror under the cover of "mass marches"; attempts to place explosives along the fence and across it were foiled; there were no Israeli deaths, either civilian or military; and the Israeli communities close to the Gaza perimeter celebrated Passover without disturbances.However, both sides have also paid a price: Hamas suffered numerous casualties among the demonstrators and the ranks of its military arm. Notwithstanding the organization's cynicism and cruelty, such losses will make it more difficult to maintain the size of the protest and the military and civilian friction around the fence. 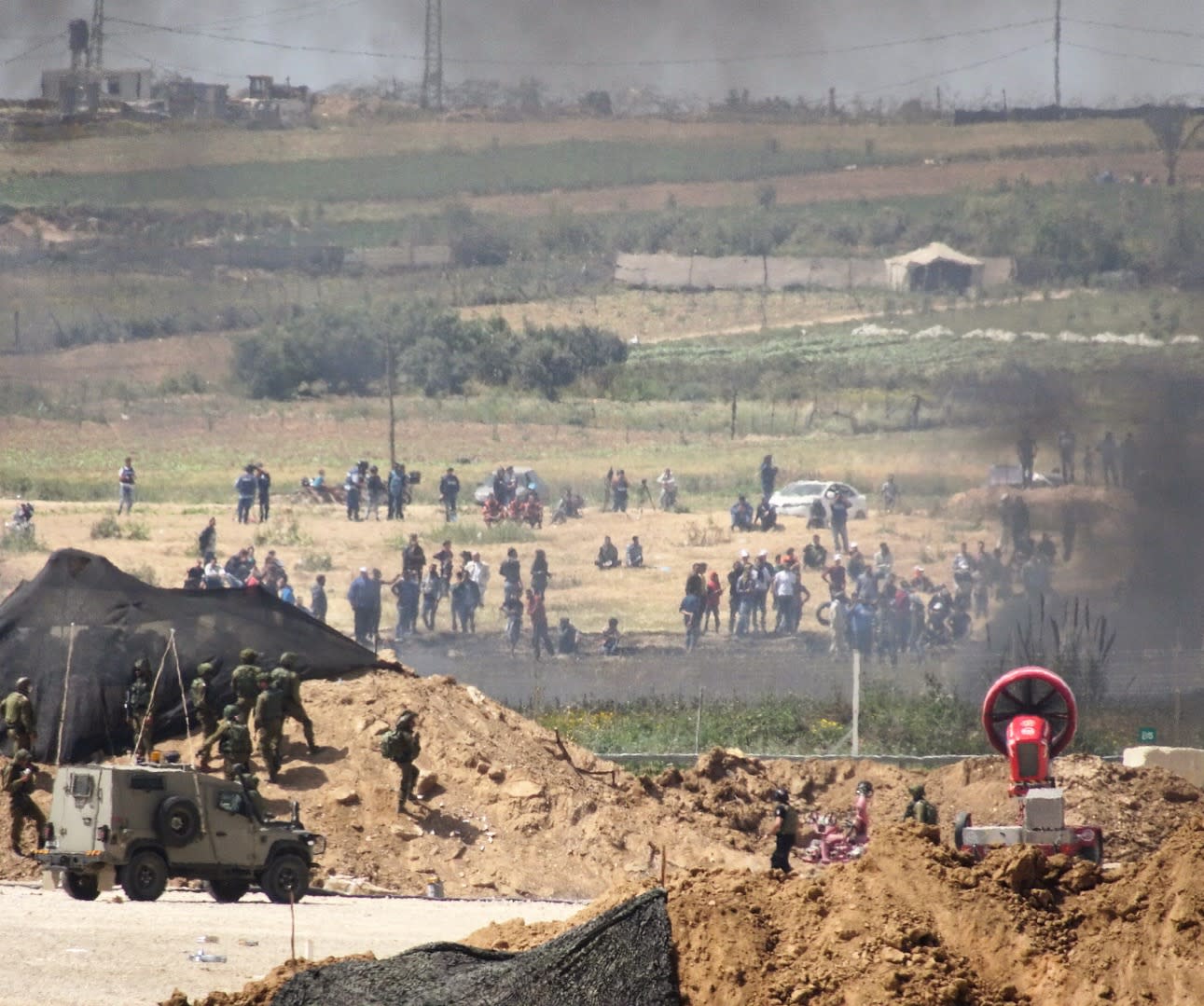 In operational terms, Hamas failed twice – it failed to create the impression of a non-violent protest, and the terror activities that it tried to launch under the cover of a "peaceful" demonstration also failed. Moreover, and without attempting to predict the events of future weeks, there was a decrease in the number of participants on the Palestinian side and in the number of Palestinian casualties due to IDF actions from the first Friday to the second. This decrease could be evidence of Israel's deterrent effect as well as of changes in the conduct of both sides.Israel paid a price in terms of the most severe international criticism it has faced for some time. The Palestinian issue returned, albeit temporarily, to the international agenda, and if the United States had not stood by Israel, a UN commission of inquiry would already have been formed to investigate the events. Once again, Israel's basic weakness and isolation in the UN theater was made clear, particularly in the context of the Palestinian issue. There was also domestic criticism, mainly doubts regarding the rules of engagement, legal and proportionate use of force, and justifiable means of stopping Palestinian demonstrators challenging Israeli sovereignty by trying to breach the border.In the case of such a blatantly asymmetric conflict between parties with opposing aims, both sides can indeed claim victory, precisely because they are conducting parallel maneuvers. Israel operates largely on a physical dimension (protecting its sovereign territory), while Hamas works mainly on the cognitive-political level. In a world of images, intensive information campaigns, and mass media (including fake news), a sense of victory on both sides could intensify the hostilities on the Gaza border and perhaps even beyond in the coming weeks. After all, both sides are facing the challenge of harnessing their achievements to date in order to promote their long term objectives. 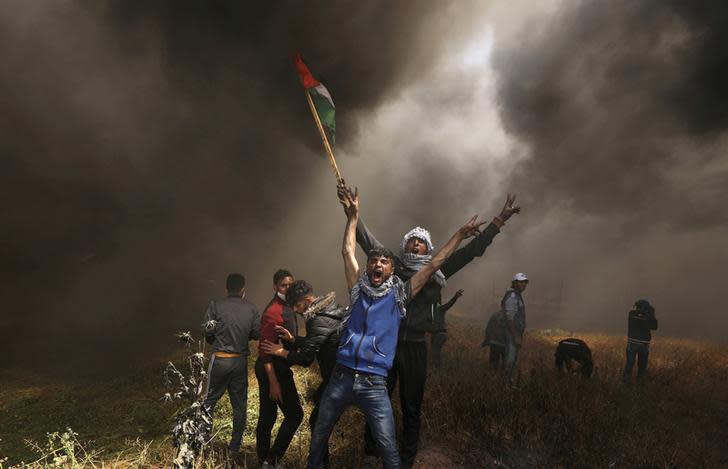 For Israel, the goals are to further weaken and isolate Hamas, and reduce its military buildup in the Gaza Strip. For Hamas, the goals are to relieve the distress in the Strip, and work toward seizing the Palestinian leadership as soon as Mahmoud Abbas departs the scene as head of the Palestinian Authority. By definition, Israel did not initiate the events around the fence, and therefore the ball is in Hamas’s court, which is trying to breach both physical and cognitive boundaries. Since it may believe it has a winning strategy, Hamas could well push to continue the demonstrations and increase friction that it can leverage into political and cognitive achievements.What should Israel do? Below are seven guidelines for Israel to improve how it deals with Hamas and the border challenges: 1. The situation must be framed as it emerges. Israel must continually stress the fact that it is the legitimate party, and it is defending a recognized international border – the 1967 border/Green Line, after withdrawing fully from every centimeter of the Gaza Strip and dismantling all its settlements there. Hamas’s waving the flag of the "March of Return" along Israeli territory, while a flag with a swastika is hoisted among the Palestinian flags carried by demonstrators, should help Israel show that the political aim of Hamas is to destroy Israel within any borders. This time Hamas’s method was a popular invasion into Israeli territory under the cover of an "unarmed mass demonstration," which was spearheaded by members of the Hamas military wing, i.e., terrorists. 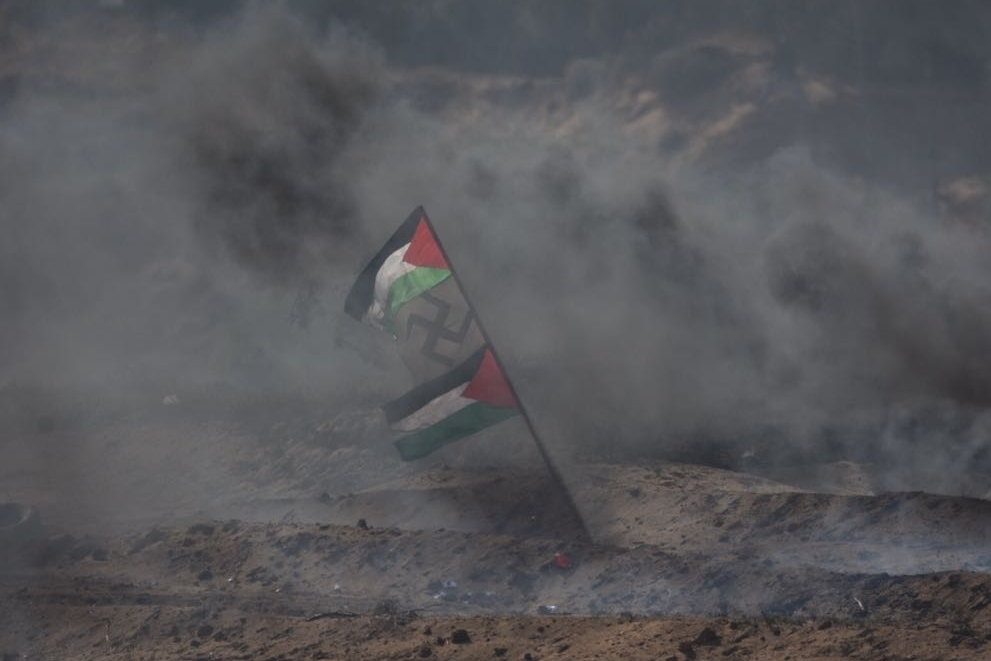 2. Israel must clarify the legality and proportionality of its use of live fire. It must stress that proportionality is measured against the task and the damage it seeks to avoid – defending the state's borders and sovereignty, and preventing terror, in face of the threat of a combined attack orchestrated by Hamas through the invasion of Israeli territory by Palestinian masses, with terrorists embedded among them. At the same time, Israel must carry out a professional and thorough investigation of the events, including those that appear to contradict the rules of engagement. Some of the explanations will probably point to difficulties due to the density and dynamics of the demonstration, the presence of terrorism operatives among the civilians, and the deliberate blurring of the two groups, as well as the restricted vision created by burning tires. Other lessons may suggest how to improve the use of force and adjust to the developing operational challenges, while minimizing the cost in human life and the achievements claimed by Hamas. There may also be specific cases of operational mistakes or even deviation from the rules of engagement that require handling by commanders. 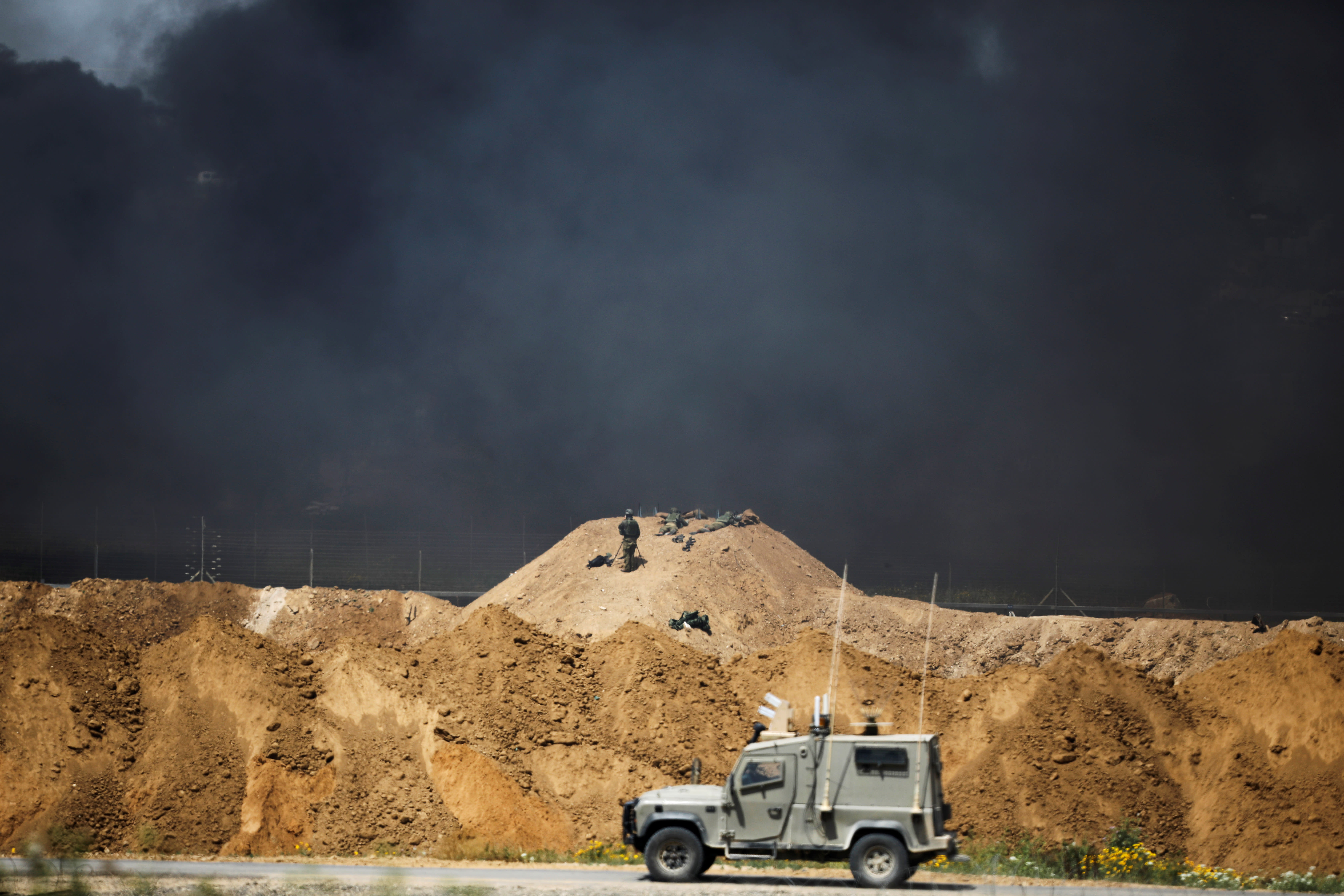 3. The IDF must expand and optimize its achievements in documenting its actions given the attempts to commit acts of terror – shooting, planting IEDs, damaging the border fence, and endangering the lives of soldiers. Too little visual evidence has been presented to the public, including international public opinion. A well composed and credible filmed summary for the media would be especially relevant: a picture is worth a thousand words, and a movie clip is worth a thousand pictures.

Over the past hour, rioters have attempted to damage & cross the security fence under the cover of smoke from their burning tires. They also attempted to carry out terror attacks & hurl of explosive devices & firebombs pic.twitter.com/g8fk9N4vcT
— IDF (@IDFSpokesperson) April 6, 2018


4. It is important to update Arab countries that have good relations with Israel – Egypt, Jordan, and Saudi Arabia – about the facts, and to balance the messages they receive in the Arab media that support Hamas. Israel must try to cultivate restraining pressure on Hamas among the pragmatic Sunni Arab world, to dissuade the organization from continuing to lead violent demonstrations and attempting to breach the border.5. Israel and Hamas are in a “learning competition.” The conflict in the first week was not like the conflict in the second round, and both sides acted differently. Preparations for the next round must be based on an analysis of the second Friday's events, in terms of achievements and costs, including improved use of weapons and force. It is also essential to gather intelligence as to Hamas's intentions, and the different types of action it may be planning for the coming Friday, as well as what is planned as the climax of the border events on May 15th. 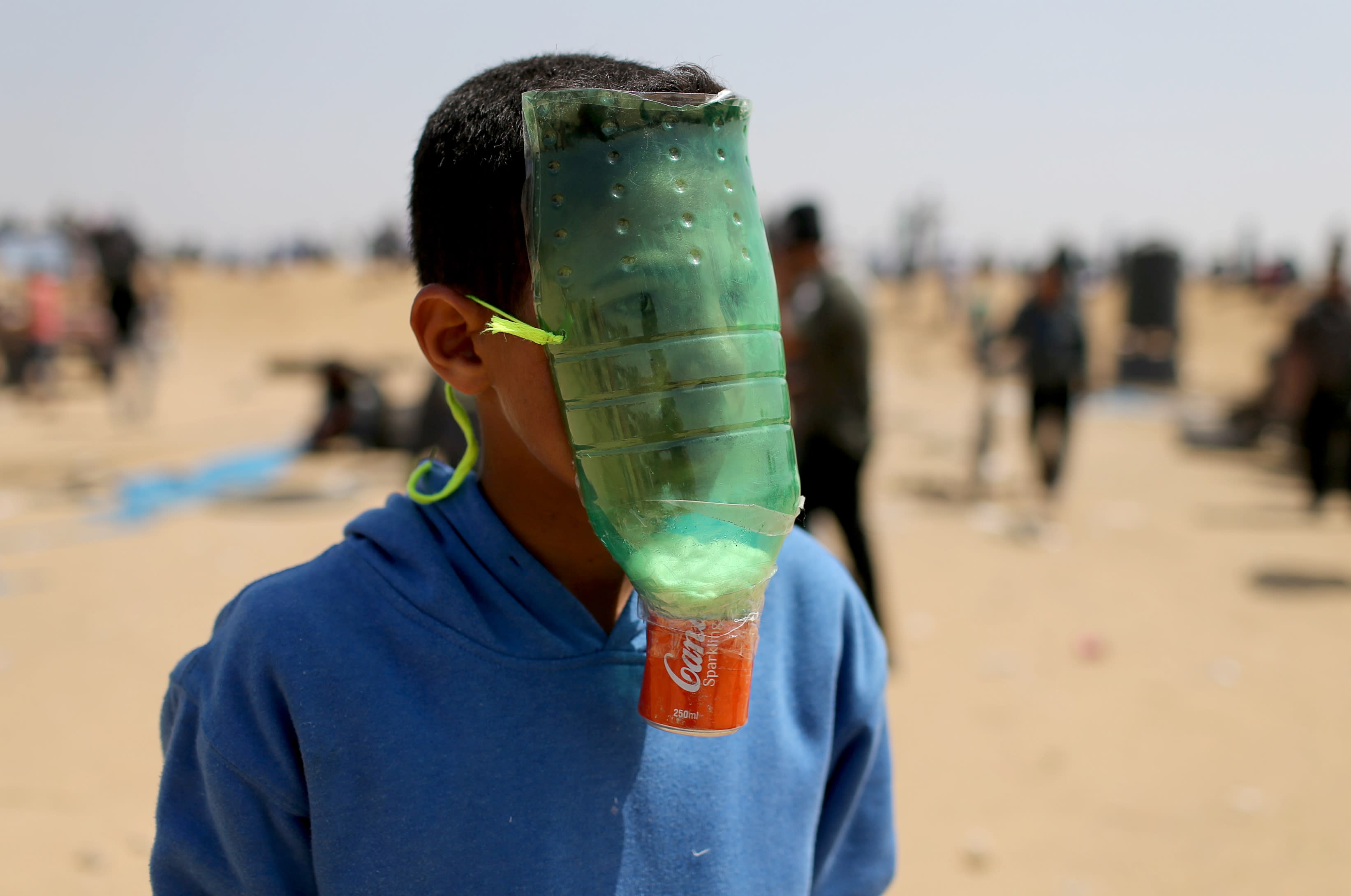 6. Israel must prepare for an escalation of the conflict along more violent lines, even for a further round of fighting in Gaza (following Operations Cast Lead, Pillar of Defense, and Protective Edge). Preparing for "last week's war" and focusing on the border fence could undermine alertness and readiness for a conflict of a completely different type and enable an operational surprise that Hamas may be planning. It is also important to be ready for the possibility that the disturbances could spread to areas controlled by the Palestinian Authority and even into Israel itself. 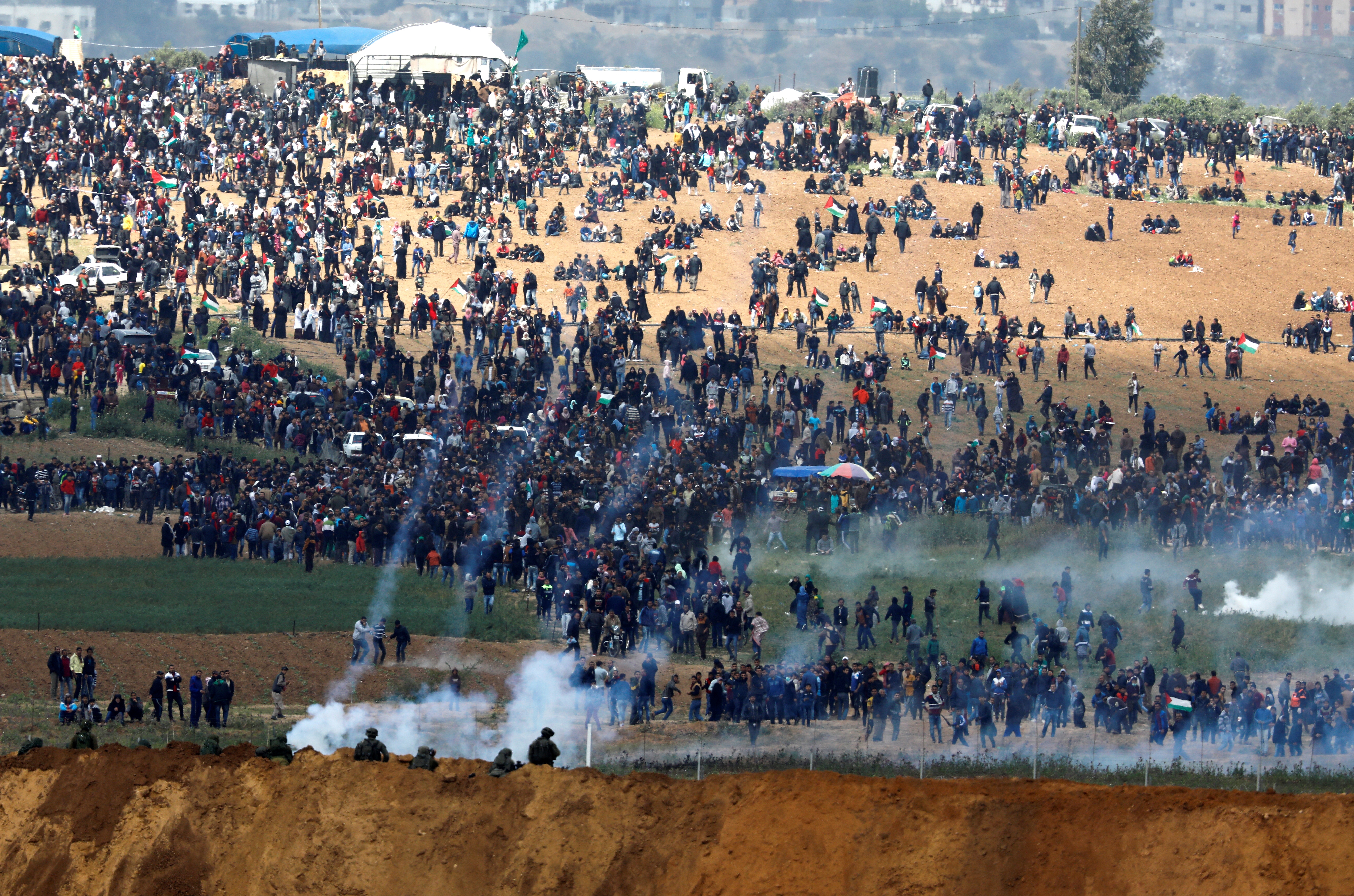 7. While focused on the immediate challenge of mass demonstrations on the Gaza border, Israel must continue to address the basic issue in this context: the growing distress in Gaza and the collapse of its infrastructures will make it hard for Israel to continue managing the situation with relatively low political, military, and financial costs. Mid-May will be followed by the month of Ramadan and another scorching summer. Temporary success in containing the challenge posed by Hamas and the plight in Gaza will not defuse the social-economic-military time bomb ticking in the Strip.The Author is the former head of the IDF’s Military Intelligence Directorate and the current head of the Institute for National Security Studies (INSS). This article first appeared in INSS Insight.