Although a new power line would likely be a reliable source of electricity, there is still concern that the power could be diverted by Hamas, Ben-Dahan said. 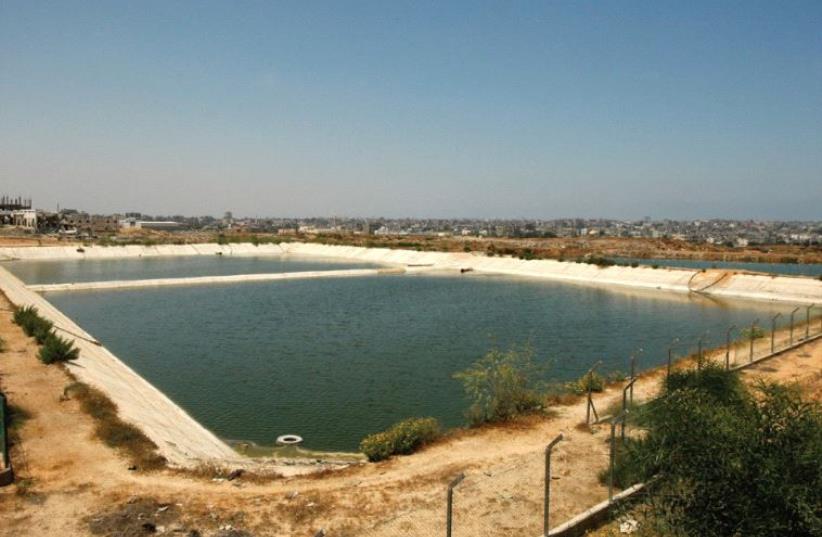 A GENERAL VIEW of the sewage treatment facility is seen in the northern Gaza Strip, in July 2008.
(photo credit: MOHAMMED SALEM)
Advertisement
Just a week after US congressmen pressed Israeli officials to provide sufficient electricity to Gaza’s sewage treatment plant, Deputy Defense Minister Eli Ben-Dahan said that the country is committed to meeting the facility’s increasing needs.The treatment facility in question is the Northern Gaza Emergency Sewage Treatment (NGEST) Project, a World Bank plant in the strip’s Beit Lahiya area, which has been largely inoperative due to electricity shortages. In response to a question posed by MK Merav Michaeli (Zionist Union) in the Knesset plenum on Wednesday, Ben-Dahan said that the government has approved three different solutions that could fulfill the electricity needs of the wastewater treatment plant.Last week, a bipartisan group of congressmen sent a letter to Defense Minister Avigdor Liberman and National Infrastructure, Energy and Water Minister Yuval Steinitz, demanding that Israel provide a solution to the electricity supply problem that the future plant faces, Globes first reported.The congressmen wrote the letter in response to a recent government decision to increase the power supply to Gaza by 6 MW. Although the congressmen praised Israel’s decision to sell additional electricity as “an emergency means to power NGEST operations,” they argued that this amount “cannot sustainably power NGEST over the life of the project.”“As you consider the long-term viability of sewage treatment operations, particularly increases in operations to address growing sewage treatment needs, the sustainable provision of energy is critical,” the congressmen wrote.Signatories of the letter included Reps. Earl Blumenauer (D-Oregon), Ted Poe (R-Texas), Gerald E. Connolly (D-Virginia), Charles W. Dent (R-Pennsylvania), William R. Keating (D-Massachusetts), Tom Marino (R-Pennsylvania), Grace Meng (D-New York), Steve Chabot (R-Ohio), Brian Higgins (D-New York), Paul Cook (R-California), Jim McDermott (D-Washington), Chris Gibson (R-New York), Jan Schakowsky (D-Illinois) and Blake Farenthold (R-Texas).As renovations of the NGEST plant continue to occur, Ben-Dahan stressed that Israel will be prepared to meet the facility’s electricity needs, and that the approved solutions are currently being examined by the Palestinian Authority and the international community.Completion of the facility’s construction is set to occur only in 2019, but the first stage enabling the plant’s operation should conclude already in 2017 – necessitating 3-5 MW of added power, according to Ben-Dahan.The first option Israel has proposed is a boost of 6 MW using existing power lines, which would require three months’ worth of infrastructural preparation at a cost of about NIS 1 million, he said. While the infrastructure would be built at the expense of the World Bank, fears remain that the electricity could be diverted to areas other than the intended destination, Ben-Dahan said.A second alternative that has received the government’s approval involves the construction of a solar field, which could generate 5-6 MW of power for the sewage plant, he explained. Although the panels have been approved, the PA has yet to purchase them, according to Ben-Dahan.The third and final option would be the establishment of a new power line dedicated to supplying electricity to the treatment plant, the minister continued. However, due to the need for parallel infrastructure on the Gazan side of the border, this option requires a technical examination by the PA, Ben-Dahan explained. In addition, such a project would cost about NIS 21 million - NIS 23 million and take about a year-and-a half to complete, he added.Although such a line would likely be a reliable source of electricity, there is still concern that the power could be diverted by Hamas, Ben-Dahan said.