By ANNA AHRONHEIM
Hamas targets struck by the IDF in the Gaza Strip, June 18, 2018 (IDF Spokesperson's Unit)
Advertisement
One Palestinian was killed and four others wounded after trying to infiltrate into southern Israel from the Saja’iyya neighborhood in Hamas-run Gaza Strip, on Monday.The IDF said in statement that the group was injured when a "security infrastructure exploded," while they tried to cross the security fence border, but would not clarify what the exact source of the explosion was.According to the Gaza Health Ministry 24 year-old Sabri Ahmed Abu Khader was killed by the explosion.The incident came several hours after Israeli jets struck nine Hamas targets in response to the dozens of incendiary aerial devices launched on Sunday.Defense Minister Avigdor Liberman warned Monday that the IDF will not allow Palestinians to continue launching incendiary kites towards southern Israel as they have been doing in recent months, causing millions of dollars in damage, but no casualties. His statement came just hours after Israeli jets struck nine Hamas targets in response to the dozens of incendiary aerial devices launched on Sunday. "If anyone thinks we can carry on with daily (incendiary) kites and fires, he is mistaken,” Liberman said while visiting an Israel Aerospace Industries factory to mark the signing of a close to $1 billion dollar agreement with the German Defense Ministry.In response to the Israeli airstrike, Palestinians fired three rockets at southern Israel from the Strip, sending residents to bomb shelters for the first time after two weeks of relative calm.Several rounds of red alert incoming rocket sirens were heard in the Hof Ashkelon Regional Council, the Ashkelon industrial zone, Kibbutz Yad Mordechai and Netiv Ha'asara. According to a statement by the IDF’s Spokesperson’s Unit two of the projectiles landed inside Israel while the third landed in the northern part of the coastal enclave.No injuries were reported on either side from the projectiles which were the first to be fired towards Israel in two weeks, the second salvo since a fragile ceasefire was agreed upon following a significant flareup in May which saw over 100 mortars and rockets launched towards Israeli communities by the Iranian-funded Islamic Jihad and Hamas.Shortly before the rocket attacks Israeli jets struck two Hamas military compounds in Beit Lahia and the Al-Shati refugee camp and one weapons manufacturing plant in Gaza City in response to the launching of incendiary kites and explosive devices burning over 10,000 dunam of Israeli territory.

In addition, this is an illustrative map depicting the military targets that were struck within the Gaza Strip pic.twitter.com/UkXmdy9GVz

"These are terror attacks that endanger the residents of southern Israel," the IDF said in a statement.The strikes were the most significant strikes in the fight against the incendiary kites and explosive balloons and signify a change of policy by the IDF which until now sufficed to fire warning shots to prevent the launches of the devices.On Sunday, the Israeli military carried out three rounds of airstrikes against targets in the Strip, including one which targeted the empty vehicle of one of the leaders responsible for sending incendiary kites and balloons from the northern Gaza Strip. Israeli aircraft later fired shots towards a group of Palestinians near the southern Gaza city of Khan Younis who had launched incendiary balloons.  Another Israeli aircraft later fired warning shots towards another group of Palestinians launching more balloons into southern Israel and shortly after that struck the area where the group was launching the devices as well as a car which brought them to the location."In recent days, the IDF warned and carried out several attacks near the cells responsible for the arson and destruction of lands in Israel as well as infrastructure used by these cells," read the statement released by the IDF on Monday morning. 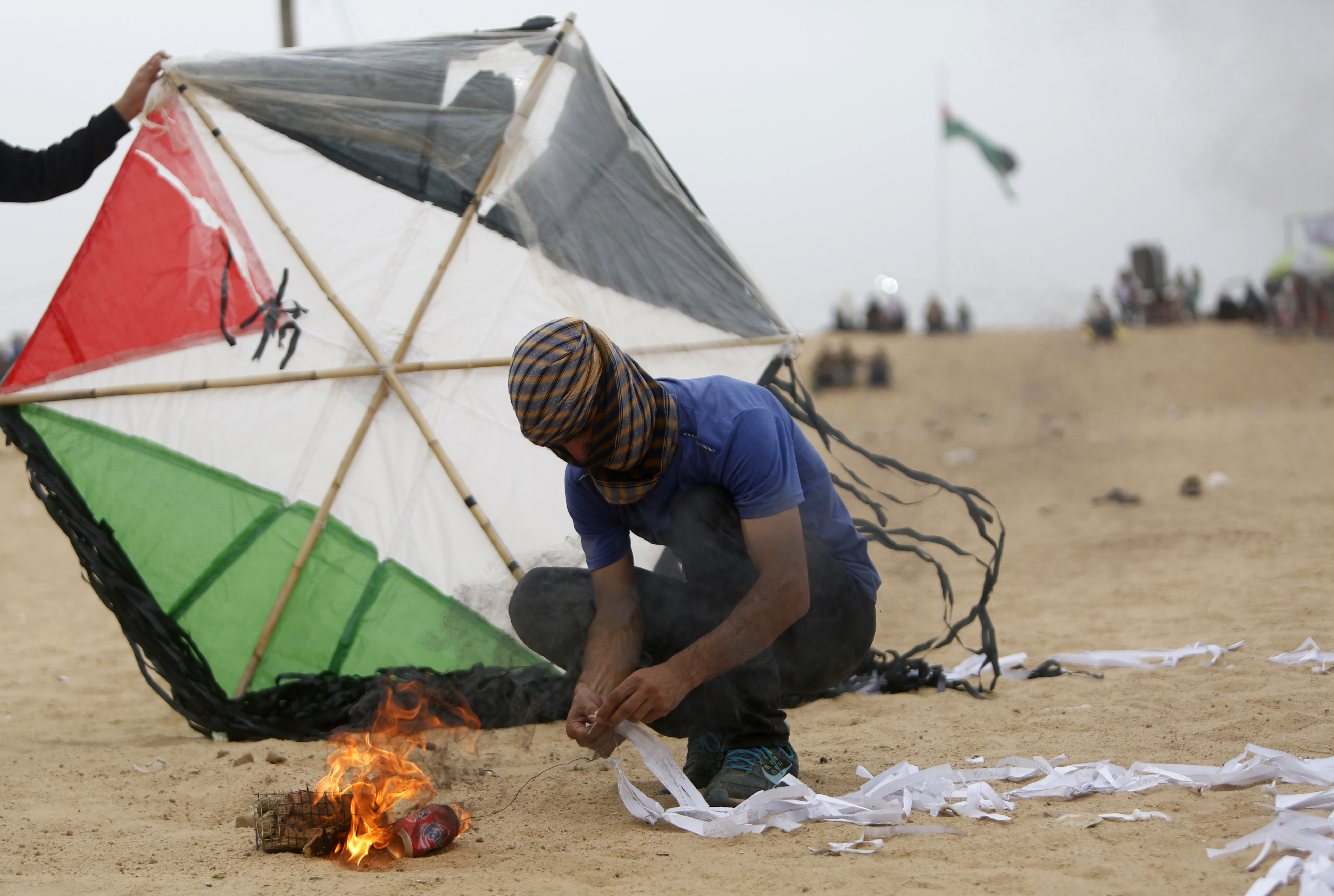 "The IDF has intelligence information and the operational ability to further increase these strikes, and they will grow in strength as required. The IDF is determined to continue acting with increasing force against these terror activities for as long as it takes and with a variety of tools, until they stop," it went on to say."The Hamas terror organization is responsible for everything that happens in and from the Gaza Strip, and it will suffer the consequences," the statement concluded.Amid the ongoing launching of incendiary aerial devices from Gaza and high temperatures, more than 20 fires broke out across the South on Sunday.