The incident occurred as soldiers were chasing Palestinians who had thrown stones and Molotov cocktails at cars on Route 443. 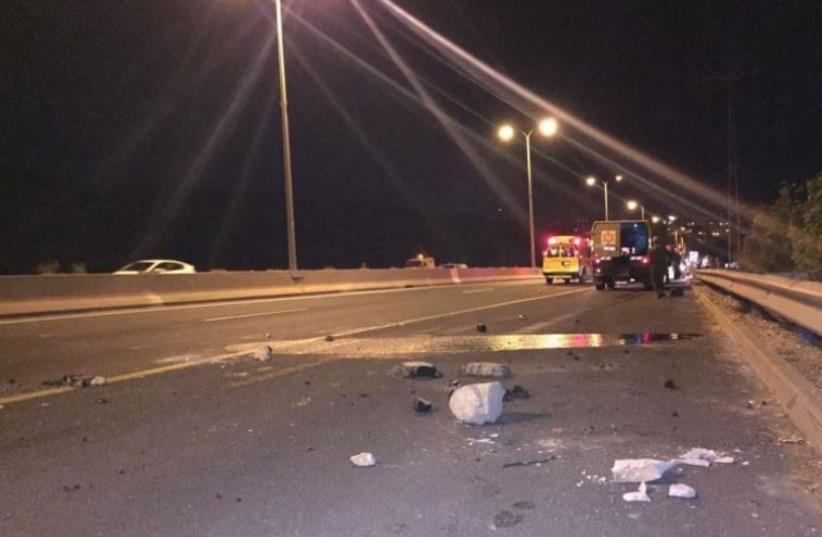 Route 443 north of Jerusalem
(photo credit: IDF SPOKESMAN’S UNIT)
Advertisement
The IDF is investigating the shooting death of a 15-yearold and the wounding of four other Palestinians teens, who were driving near a violent stone-throwing incident early Tuesday.Six teens and their driver, all cousins, were on their way home from a late-night swim at a pool in the Palestinian village of Beit Sira, not far from their home town of Beit Ur al-Tahta, located in the West Bank, five km. east of Modi’in.The car had gone on a Palestinian road heading under Route 443, just as soldiers were shooting at what they believed to be suspects who had thrown stones and Molotov cocktails at cars on the Israeli road, which is a main artery between Jerusalem and Tel Aviv.“A preliminary investigation showed that they were close to the scene but were not involved in the violence,” an IDF spokeswoman said Tuesday morning. 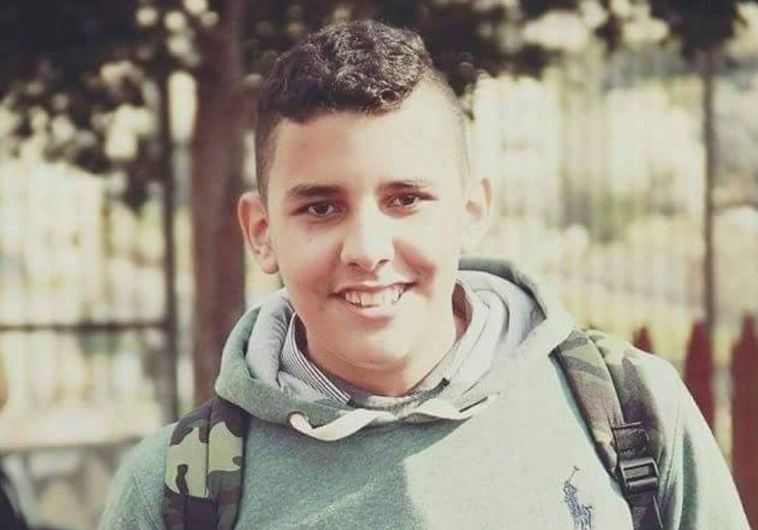 She added that oil had also been spilled on Route 443 and that three Israelis had been wounded by the Palestinian violence.But the teenagers knew nothing of the violence and were listening to music when soldiers shot at their blue seven-seater car.One of the teens, Majad al-Shami, 16, said that at first they thought something had exploded or gone wrong with the car, which drew to a halt just as it was about to go into the under pass.“The boys began to scream and everyone jumped out of the car,” said Shami.The only one who stayed in the car, was Mahmoud Bardan, 15, who was killed instantly.Sitting in the living room of the Bardan home later that night, Shami recalled how he and another teen had gone back into the vehicle to search for him, when he saw that Bardan was not on the street with the other boys.“He was sitting motionless. I tried to wake him,” recalled Shami. But when he touched him, he understood that he had died.Four of the wounded from the scene, three of the boys and the driver, were taken to hospital.Three of the wounded were transferred to a Ramallah hospital and one was taken to Hadassah University Medical Center, in Jerusalem’s Ein Kerem.Shami and another one of his friends were detained by the IDF.He showed The Jerusalem Post the marks on his wrist, which had been tied behind his back during questioning. Eventually they released him.As he spoke, Shami stopped to look at the photographs on his cellphone that had been taken at the pool, showing the boys in the water.He had arrived in the village only the day before for a summer visit from Qatar.“It was hard to imagine that Mahmoud had died.”After he spoke, he walked outside into the small patio and burst into tears.Women, many with head scarves and traditional dress, came to comfort the family. They sat under the clear starry night sky on plastic chairs.The village itself is located on a hilltop in Area C, overlooking Route 443.The Palestinian Foreign Ministry issued a statement condemning the “execution” of the teen.The ministry said that the incident came “while the extremist right government of [Prime Minister] Benjamin Netanyahu continues to reject and foil all regional and international peace initiatives.”“The crimes carried out by Netanyahu’s government against the Palestinian people are proof of the intentions of this government and its racist policy against Palestinians, neglecting any negotiating channel to end the Israeli-Palestinian conflict in a peaceful way.“The killing of Badran proves again that Netanyahu’s government is a government of extremists and settlers who engage daily in the worst expressions of state-sponsored terrorism against the Palestinian people.”The ministry demanded that regional and international humanitarian organizations “quickly document the circumstances of this crime in order to hand it over to international tribunes and put the people who committed it on trial.”The ministry called on the international community to break its silence over the actions carried out by Israel and “condemn this crime.”Foreign Ministry spokesman Emmanuel Nahshon dismissed the Palestinian charges as “cynical slander,” saying that were it not for the difficult security situation that is entirely the fault of Palestinian incitement and terrorism, “Israel would not have to use force to protect its citizens.”Unfortunately, Nahshon said, “the list of Israelis killed by rocks thrown by Palestinians on the roads is a long list, and every injured Israeli proves the need to use security measures against this phenomenon.”Nahshon referred specifically to four-year-old Adele Biton, who died last year after being critically wounded in a rock attack near Ariel in 2013.The incident is part of an eightmonth period of violent Palestinian attacks against Israelis.The last deadly violent incident occurred on June 8 when two Palestinian gunmen shot dead four Israelis at a cafe in Tel Aviv.Over the past eight months, Palestinian attacks have killed 34 people, including two American citizens.Israeli forces have shot dead at least 197 Palestinians, 134 of whom Israel has said were assailants. Others were killed in clashes and protests.•