The left claims rapid expansion while the right claims a freeze. 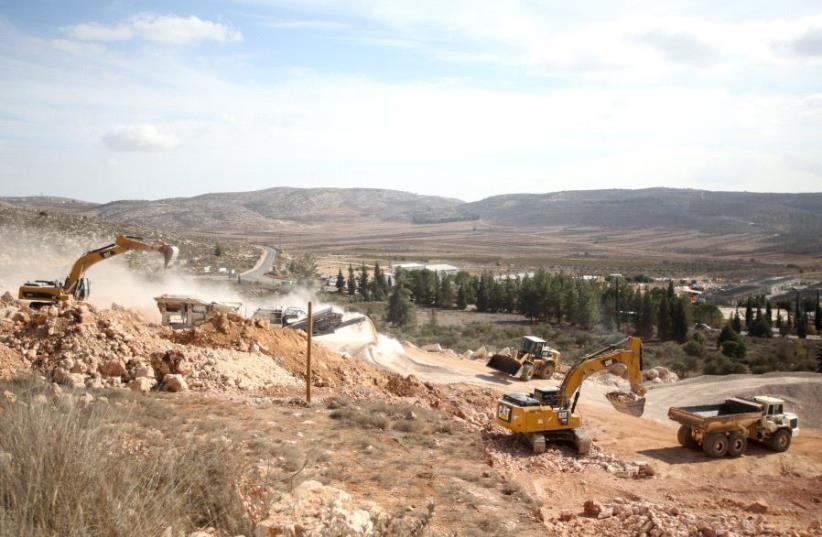 Construction in Shiloh.
(photo credit: MARC ISRAEL SELLEM/THE JERUSALEM POST)
Advertisement
Settler activity almost tripled this year as Israel advanced and approved plans for 7,721 new homes in Jewish communities in the West Bank, the left-wing NGO Peace Now said in a move to debunk right-wing claims that such construction was ‘frozen.’It is likely that more settlement planning will occur before the end of 2017, based on statements made by Prime Minister Benjamin Netanyahu and Defense Minister Avigdor Liberman.The spike in settler housing was initially a compensatory move by Netanyahu to assuage right-wing anger over the demolition of the Amona outpost in February.
Youth evicted from Amona flee evacuation bus‏
Israeli security forces moved against the small community of 40 families in February after the High Court of Justice ruled that the homes were illegally built on private Palestinian property and the government was unable to find a way to legalize the homes. 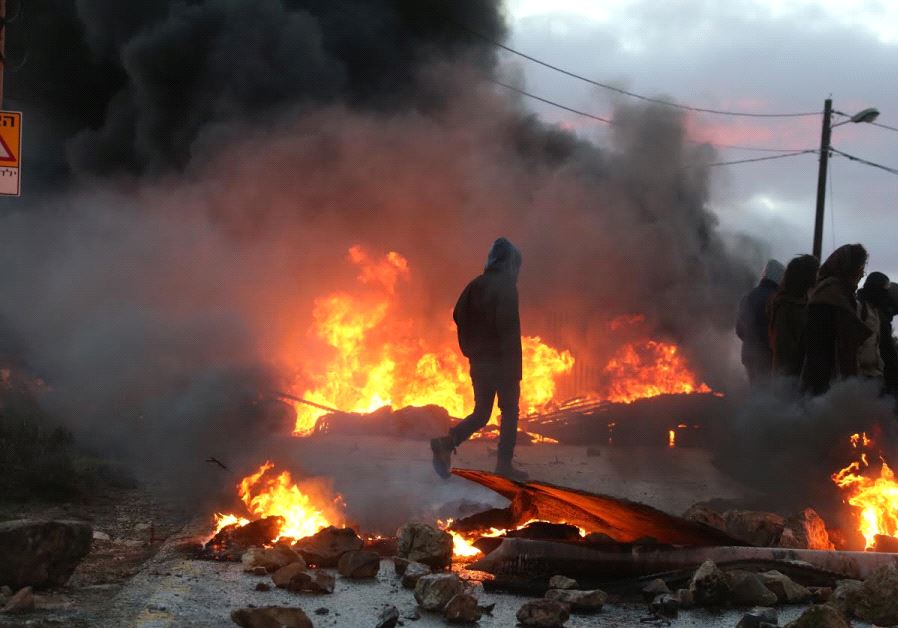 Activists burning tires at entrance to Amona outpost. (Marc Israel Sellem)
Right-wing politicians have complained that the authorizations have fallen far short of what the 130 West Bank settlements need and still constitute a de-facto freeze.The plans and approvals only dealt with 34 settlements, leaving the remaining 96 communities without any new building activity for this year.Netanyahu has insisted that there is no freeze. He said he has supported and continues to support new building in West Bank settlements. This includes the creation of a new settlement Amihai for the Amona families.In the last six months, the Higher Planning Council for Judea and Samaria has advanced or authorized plans for 4,909 new homes in West Bank settlements, Peace Now said in a report it published on its website on Thursday.Out of those, 3,178 were advanced or approved this week alone by the Higher Planning Council for Judea and Samaria, the group said.Additionally, in 2017, the government published tenders for 2,812 new homes, which is the last bureaucratic step needed before tractors can begin to work in the field.
Ariel (Marc Israel Sellem)
It’s the largest number of tenders to be published for settler homes in the last 15 years, according to Peace Now data.In the year 2014, 2,359 tenders were published and 2,071 in the year 2003. In most other years, some 1,000 tenders or less were published, according to Peace Now data.Last year only 42 tenders were approved, Peace Now said, adding however, that not all building projects require tenders.The 2,657 settlers homes that were advanced or approved in the year 2016 was similarly low compared with this year.But the Higher Planning Council for Judea and Samaria activity for 2017 is still less than what took place in 2013, during the Israeli-Palestinian talks, when 8,625 new settler homes were advanced or approved.None of the tenders issued in 2017 were for isolated settlements located outside of the route of the security barrier, according to Peace Now data.Construction in Ma'aleh Adumim (Reuters)The following settlements received tenders: 552 for Givat Ze’ev, 90 for Ma’aleh Adumim, 776 for Alfei Menashe, 3 for Ariel, 709 for Beitar Illit, 630 for Beit Aryeh and 52 for Karnei Shomron.Only 29% of approved or advanced plans for new settler homes in 2017 were located in isolated settlements, according to Peace Now data.The 2,030 settler homes that were approved in 2017 included: 839 in Ariel. 343 in Talmon and 220 in Beit El,142 in Oranit, 120 in Givat Ze’ev, 98 in Shiloh, 70 in Beitar Illit, 60 in Ofra, 34 in Efrat, 24 in Kiryat Araba, 12 Beit Aryeh 6 in Kfar Tapuach, and 1 in Reviva Plans for 1,002 homes were advanced in the Ma’aleh Adumim settlement, but only 25 new homes in that city have actually been authorized this year.