“The accused resented the declaration and decided to carry out a stabbing attack, to murder Jews in Jerusalem. This, he claimed, was to defend Jerusalem and the al-Aksa mosque,'charge sheet noted.

By UDI SHAHAM
DECEMBER 28, 2017 11:58
Footage of the suspected Jerusalem Bus Station stabbing being led away by police. (Credit: ISRAEL POLICE)
Advertisement
Palestinian Yasin Abu al-Qur’a, 24, was indicted on Thursday on charges of terrorist activity, attempted murder and illegally entering Israel as a result of stabbing and critically wounding security guard Asher Elmaliach outside the Jerusalem Central Bus Station on December 10.The indictment ties Abu al-Qur’a’s actions to US President Donald Trump’s recent declaration recognizing Jerusalem as the capital of Israel.“The accused [Abu al-Qur’a] heard about Trump’s declaration via Facebook,” the document reads. “The accused resented the declaration and decided to carry out a stabbing attack, to murder Jews in Jerusalem. This, he claimed, was to defend Jerusalem and the Aksa Mosque. The accused planned to stab as many Jews as possible until he [himself] was killed and thus become a shahid [martyr].”The night before the attack, Abu al-Qur’a posted on Facebook a phrase he remembered from his school years: “For God we have risen, wishing to wave our flag, to restore our religion to its might, to restore al-Aksa to its might, that our blood will be spilled. Our blood is cheap for our homeland and for al-Aksa.”The indictment goes into the details of Abu al-Qur’a’s route on the day of the attack: After saying goodbye to his friends and family, he went to the village of Barta’a in the northern West Bank, just over the Green Line to buy a knife with an 11 centimeter blade. He then went to the central bus station in Hadera, and took a direct taxi to Jerusalem – which cost him NIS 500 ($120). 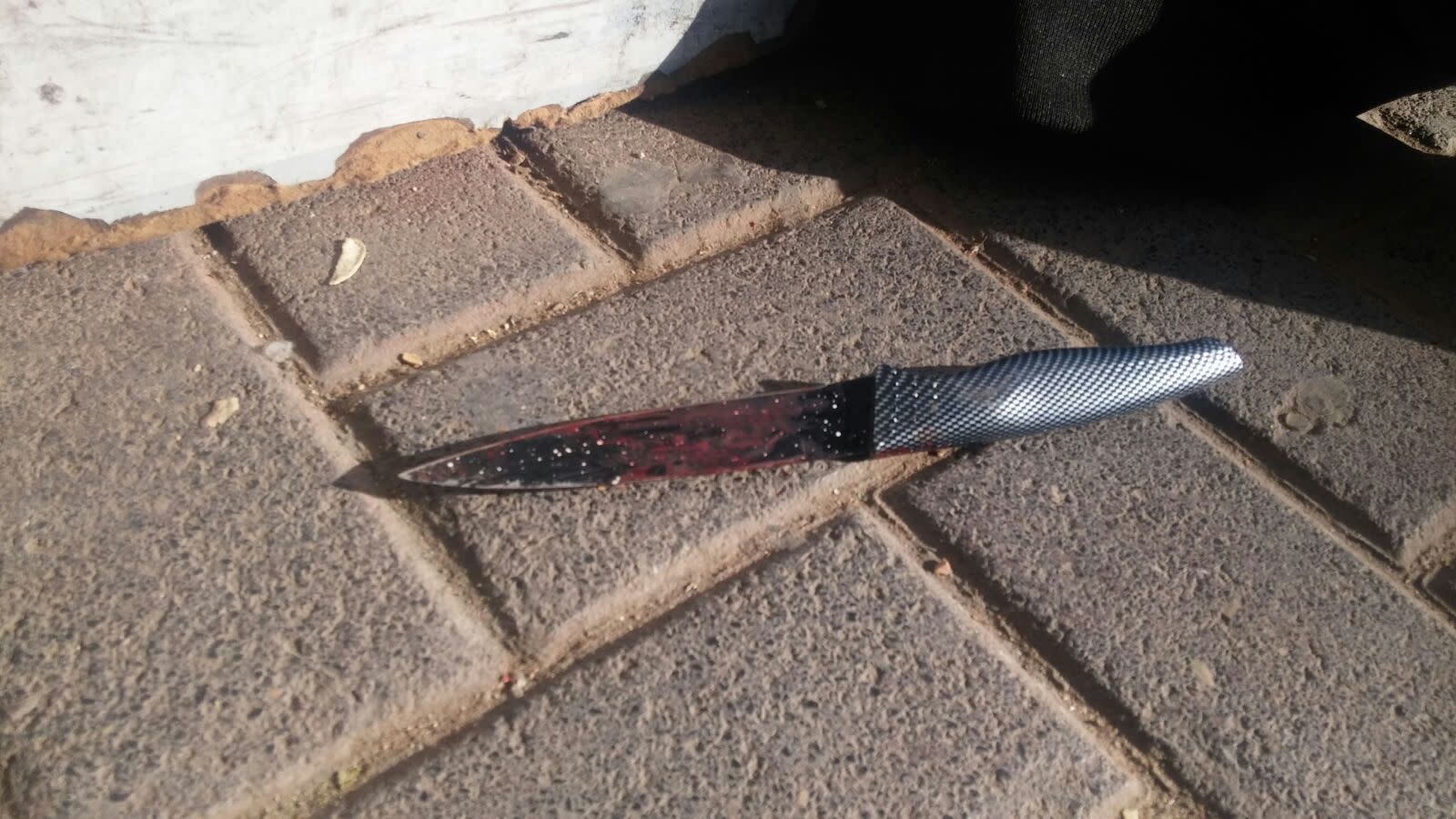 The knife used in the stabbing attack at Jerusalem Central Bus Station, December 10, 2017At the bus station, he was asked to go through the metal detector. When he saw that Elmaliach – the guard who checked him – was Jewish, he pulled the knife from his jacket and stabbed him.A will that he had drafted was found on his phone. It reads: “Brother O brother, look after mother and father. And sister, don’t worry about me. For my homeland I sacrificed my blood, anything for you, O Palestine.”The Jerusalem District Prosecutor asked the court to extend Abu al-Qur’a’s remand until the end of his legal proceedings.The Shin Bet (Israel Security Agency) addressed the fact that Abu al-Qur’a used quotes in his will that appear in Palestinian Authority school textbooks, and said: “This attack highlights the extreme incitement that the Palestinians in the West Bank are exposed to, and the influence of their curriculums. They are a factor that inspires and pushes them to carry out terrorist attacks against Israel.”On Sunday, a spokeswoman for Shaare Zedek Medical Center said in a press release that Elmaliach’s condition is improving.Elmaliach was disconnected from life support during the weekend but is still in critical condition; he is still in a coma and is connected to a respiratory assistance device in the hospital’s intensive care unit, the release said.Last week, the spokeswoman told The Jerusalem Post that Elmaliach is no longer considered in imminent mortal danger.