The IDF Spokesman’s Office declined to respond to the report. 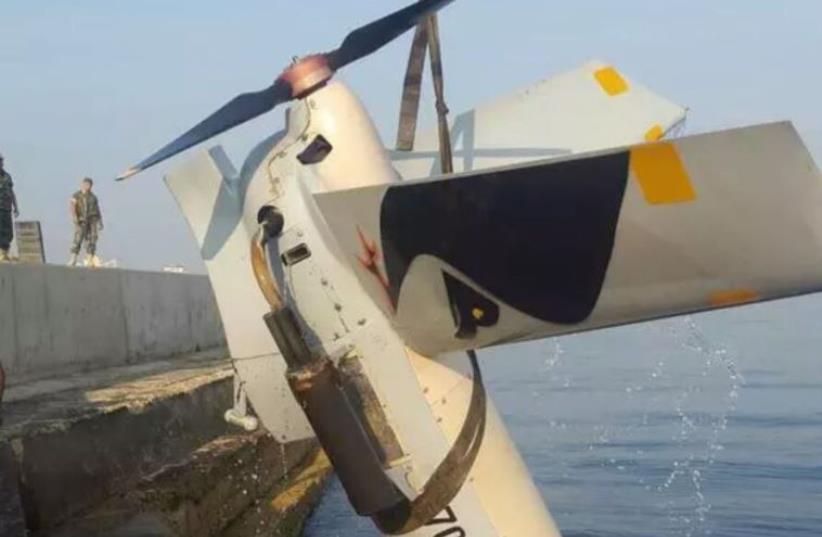 Israeli drone crashes near port of Tripoli
(photo credit: LEBANESE MEDIA)
Advertisement
The Lebanese Army said an Israeli drone crashed into the sea off the port city of Tripoli on Saturday.
Lebanese Army claims retrieval of crashed Israeli drone
Lebanese media reported that the drone plunged into the sea around 8:30 in the morning, and has been retrieved by the Lebanese army for inspection.The IDF Spokesman’s Office declined to respond to the report, saying the army does not “comment on foreign reports.” Last month, an Israel Air Force drone crashed in Lebanon’s Bekaa Valley, according to Lebanese media reports. An Israeli aircraft then fired on it and destroyed the downed unmanned platform, the reports said.A blast heard in a remote area in western Lebanon was the sound of the strike targeting the drone, according to Hezbollah’s Al-Manar television station, based in Beirut.According to the report, IAF jets struck in the mountainous areas near the town of Saghbine.A Lebanese security source told Reuters that the cause of the blast “is still not 100 percent clear, but most probably it was an Israeli air strike to destroy their drone.”International media outlets have attributed attacks carried out on the Syria-Lebanon border to Israel on a number of occasions during the ongoing Syrian civil war.While Israel’s policy is to refrain from responding to foreign reports, senior officials have said repeatedly that Israel would not allow the Syrian regime to transfer “game-changing” weapons to Hezbollah in Lebanon.Observers and Lebanese residents have sometimes seen surveillance planes over Lebanon before such strikes.