No Israelis were injured in the incident. 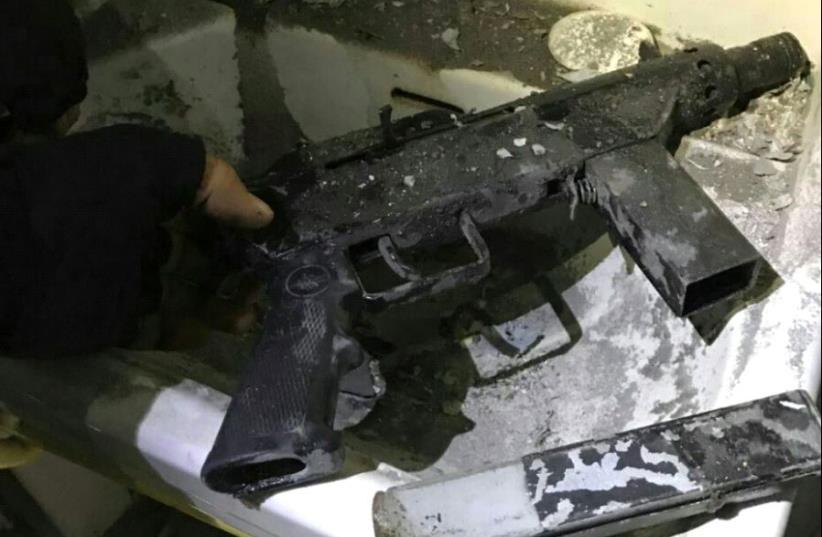 A weapon recovered in a raid in the Ramallah, March 6
(photo credit: ISRAEL POLICE)
Advertisement
Palestinian who was suspected of planning terrorist attacks in Ramallah, in a late Sunday night raid that sparked a street battle, leaving two Palestinians wounded.
IDF and Border Police counter-terrorism raid in Ramallah, West Bank overnight Sunday, killing Basil Al-Araj (Credit: Israel Police)
The raid involved the IDF and the Border Police’s counterterrorism unit, who surrounded an apartment building where the suspect, 31-year-old Basel Al-Araj, was staying.Video footage released by the IDF shows security forces entering an apartment and finding the suspect hiding in a small hallway storage space above a doorway.Police spokesmen charged that when Araj saw them, he opened fire with a Carlo submachine gun. Security forces fired back, killing Araj, a pharmacist from the village of al-Walaja near Bethlehem.Palestinian reports said that Araj, who is a well known activist against Israel’s military rule, and the security forces clashed in a two-hour gun battle.According to the reports, Araj ran out of ammunition and the security forces subsequently shot him dead.An M16 rifle was also found in his home, according to the police spokesmen.The spokesmen also said Araj “was the head of a terrorist cell that planned to carry out [attacks] against Israeli targets” and that he had purchased the weapons. 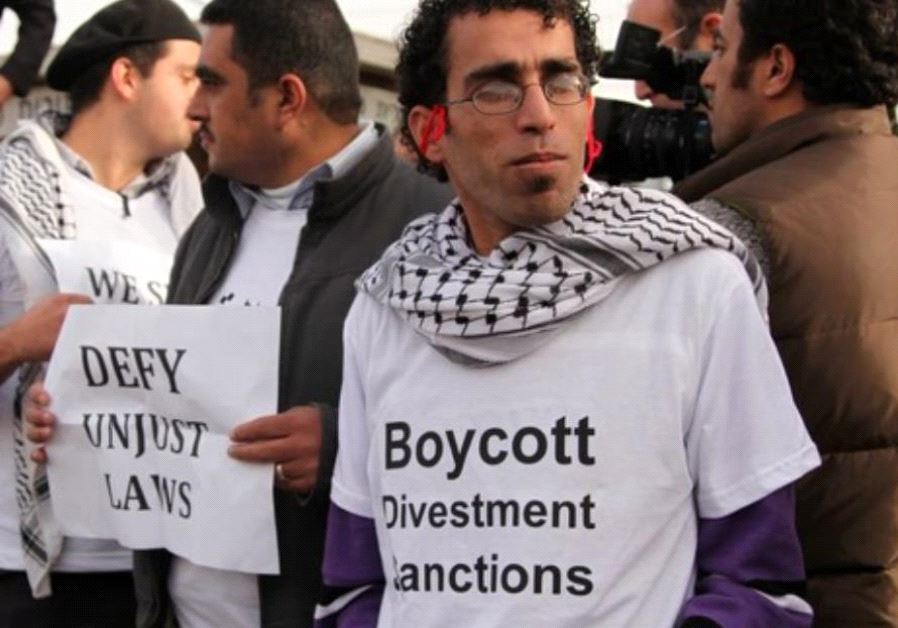 In response to the incident, nearby Palestinians threw stones at the security forces, who responded with gunfire, wounding two Palestinians.Video footage showed the street fight, which included tear gas and stun grenades. According to Palestinian reports, the fighting continued for two hours.One Ramallah resident, Sam Bahour, wrote on his Facebook page, “It’s 2 a.m.Heavy IDF presence all around house last 20 minutes. Every five minutes loud explosions heard. About six Israeli soldiers parked their jeep at large trash canister with lights off and are standing in neighbors driveway. Another few jeeps are on side street in front of our home. With the jeeps is a larger armored vehicle.”Fatah spokesman Ziad Khalil Abu Zayyad warned that “the repeated Israeli incursions into Palestinian areas will lead to the deterioration of the security situation.”Hamas praised Araj as an example for other Palestinians to follow.“The martyr Basil al-Araj, who rose up after an armed clash with the occupation in Ramallah, is an example of the conscious resistor, who called for resistance in his words and implemented it with his deeds,” Hamas wrote on its official Twitter page.Last year, Araj was one of a number of Palestinians detained by PA security forces for allegedly planing attacks against Israelis.Before their detention, Araj, along with Haytham Siaj and Muhammad Harb, ditched their identity cards and cellphones in Ramallah and fled to the surrounding hills.Ten days later, PA Intelligence forces located the fugitives and arrested them.According to PA security sources, they were found armed with a makeshift gun and hand grenades.PA authorities subsequently placed Araj, Siaj and Harb under administrative detention, in addition to three others, for their suspected involvement in planning terrorist attacks.On September 3, the families of the six administrative detainees protested the incarceration of their family members, who they said were “kidnapped by the PA,” in front of the Mukata, the PA presidential headquarters.Five days later, a Palestinian Authority court ordered their release.Araj was known for his participation in a nonviolent civil disobedience demonstration in 2011, termed the Freedom Ride. Along with five other Palestinians, Araj attempted to ride an Egged bus into Jerusalem, in an event styled after the African American freedom riders of the 1960s. He was also an active participant in demonstrations against Israel’s security barrier in the Bethlehem area.Videos posted on Twitter and Facebook show Araj leading tours near his village and other parts of the West Bank, explaining the history of the settlements and armed confrontation with Israel.