Sources close to the case said the politician's comments forced federal authorities to wrap up their inquiries and rush out public statements and court papers on the case earlier than planned. 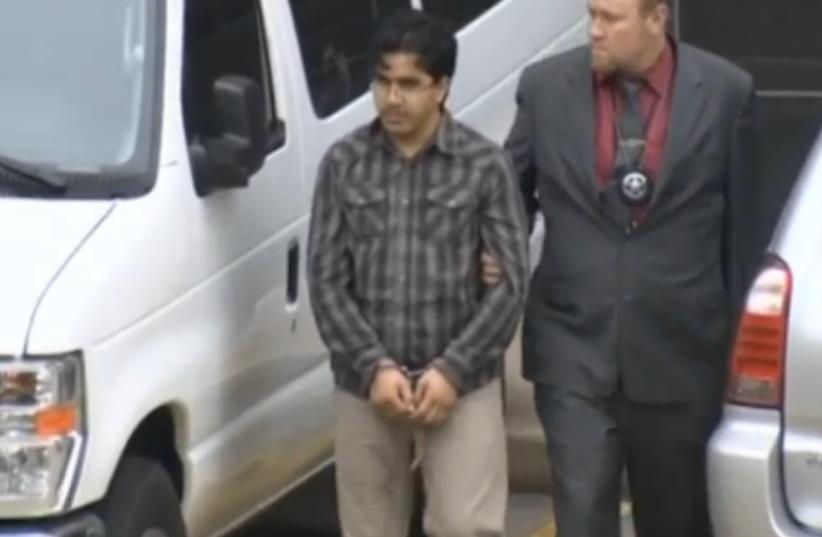 Houston, Texas terror suspect
(photo credit: REUTERS)
Advertisement
Two Texas politicians made public details of an investigation into a terrorism suspect while it was still in progress, potentially jeopardizing the inquiry, three sources familiar with the matter said on Friday.Texas Governor Greg Abbott and Lieutenant Governor Dan Patrick released details on Thursday night contained in documents that were still under court seal, the sources said. Spokesmen for Abbott and Patrick declined to comment on Friday.The suspect, Omar Faraj Saeed al-Hardan, 24, appeared in court on Friday accused of providing material support to Islamic State overseas. He entered the United States as an Iraqi refugee in November 2009 and lived in Houston, according to a court document.Abbott and Patrick are both Republicans and their party strongly opposes Democratic President Barack Obama's plan to allow 10,000 Syrian refugees into the country, arguing that they pose a security risk to the United States. The Obama administration has rejected that assertion.In his statement on Thursday, Abbott urged Obama to halt the resettlement program so that all refugees could be properly vetted to ensure they "do not compromise the safety of Americans and Texans."Abbott's spokesman, Sam Taylor, said he had released the statement in response to media inquiries.The sources said the politicians' comments forced federal authorities to wrap up their inquiries and rush out public statements and court papers on the case earlier than planned.The Department of Justice released a statement about two hours after Abbott’s statement was released. The clerk of the District Court in the Southern District of Texas said Hardan’s indictment was only formally unsealed on Friday morning.Hardan was in custody at the time of Abbott's statement, but interviews of potential witnesses were still being conducted, the sources said.The U.S. Justice Department also unveiled federal charges against another Iraqi refugee on Thursday, accusing Sacramento resident Aws Mohammed Younis al-Jayab of traveling overseas to fight alongside terrorist organizations and lying to U.S. authorities about it.Hardan, granted legal permanent residency status in the United States in 2011, did not enter a plea when he appeared in court on Friday. He is charged with aiding Islamic State by offering his services and material support,"He was prepared to take whatever action on his own behalf to assist the organization," Kenneth Magidson, U.S. attorney for the Southern District of Texas, said after the hearing.More than 75 U.S. residents allegedly radicalized by Muslim militants have been arrested since 2014.Wearing glasses and a gray plaid shirt, Hardan told the judge that he made it through 11th grade at a school in Jordan. He said he was married and had one child.He also faces two charges about providing false information to U.S. officials concerning his ties to Islamic State and being provided weapons training, it said.