Rivlin: The release of Mengistu is a humanitarian issue, we expect Hamas to let him go

Ashkelon Mayor Shimoni visits Mengistu family, says the municipality has been accompanying them since the first moment that he went missing. 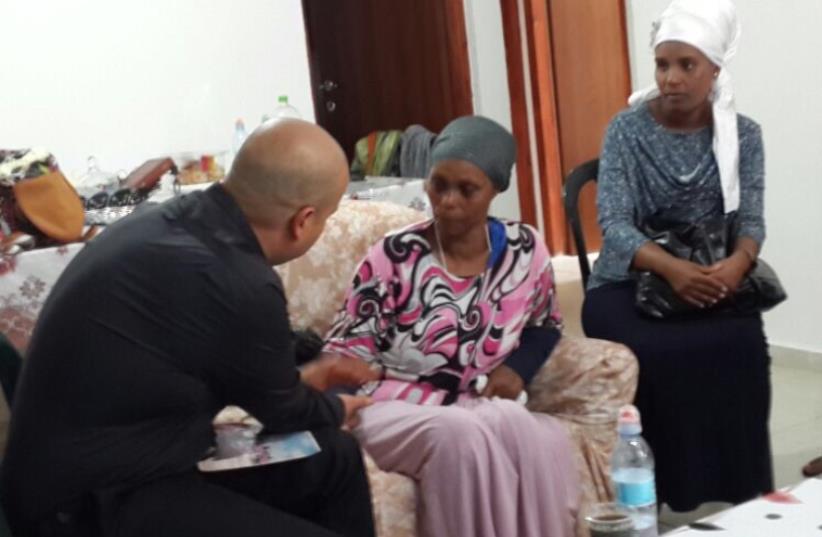 Journalist talking to family of Avera Mengistu
(photo credit: ASHKELON MUNICIPALITY)
Advertisement
President Reuven Rivlin said Thursday that he was in contact with the family of Avera Mengistu, the Israeli who crossed the border into Gaza in September and is believed to be in the hands of Hamas.Rivlin said that all of the relevant authorities "are working on the case and have been following events since the moment that Avraham [Mengistu] crossed the fence."
Security analyst Yossi Melman discusses missing Israelis in Gaza
The president said that the release of Mengistu was a humanitarian issue "and we expect those holding him to act accordingly and release him while his condition is stable."Rivlin said that the information in Israel's hands suggests that Mengistu is being held by Hamas in Gaza. "We will continue to make every effort to bring the incident to a close as soon as possible."Ashkelon Mayor Itamar Shimoni visited the Mengistu family at their home in the southern city on Thursday after news of the incident was cleared for publication."The family is going through a very difficult time, after the double tragedy that they endured," Shimoni said. "Askelon Municipality's social services department has been accompanying them since the first moment.""We embrace the family and send them strength and hope that Avraham will be back with his family quickly," Shimoni added.