The IDF foils a Hamas terror cell in the West Bank, June 2018(IDF Spokesperson's Unit)
Advertisement
Twenty Hamas members from the West Bank city of Nablus who planned lethal attacks across the country – including a suicide bombing in Jerusalem – have been arrested, the Shin Bet (Israel Security Agency) said in a statement on Sunday.“In recent months, the Shin Bet, Israel Defense Forces and Israel Police uncovered a Hamas terror cell, extraordinary in its size and level of activity, which operated in the Nablus area,” the statement said.According to the Shin Bet, the joint operation took place from October 2017 until the end of April, when the arrests were made.The cell was led by 35-year-old Mu’tazem Muhammad Salem and 33-year-old Faras Kamel Zavidi, both from Nablus, and included more than 20 operatives. Most of the operatives were affiliated with Hamas; some had a long history of terrorist activity that included the manufacture of explosives and explosive devices.Salem and Zavidi were allegedly responsible for building explosive charges as well as planning the attacks, which included a suicide bombing in Jerusalem; a bombing in Tel Aviv and in the West Bank settlement of Itamar; and shooting attacks across the northern West Bank.These attacks were thwarted, some at the last minute, due to the arrest of the cell members. In addition to the main cell, other Hamas cells that were planning terrorist attacks were discovered and their attacks foiled, the Shin Bet said.During the investigation into the cell, Israeli security authorities found several explosive devices. One contained a large explosive charge of 10 kg. that could be remotely detonated by a cellphone. Other explosives were discovered that weighed approximately 15 kg. in total. Raw materials for the production of explosives, weapons and instructions for the manufacture of bombs and explosive materials were also discovered by security forces. 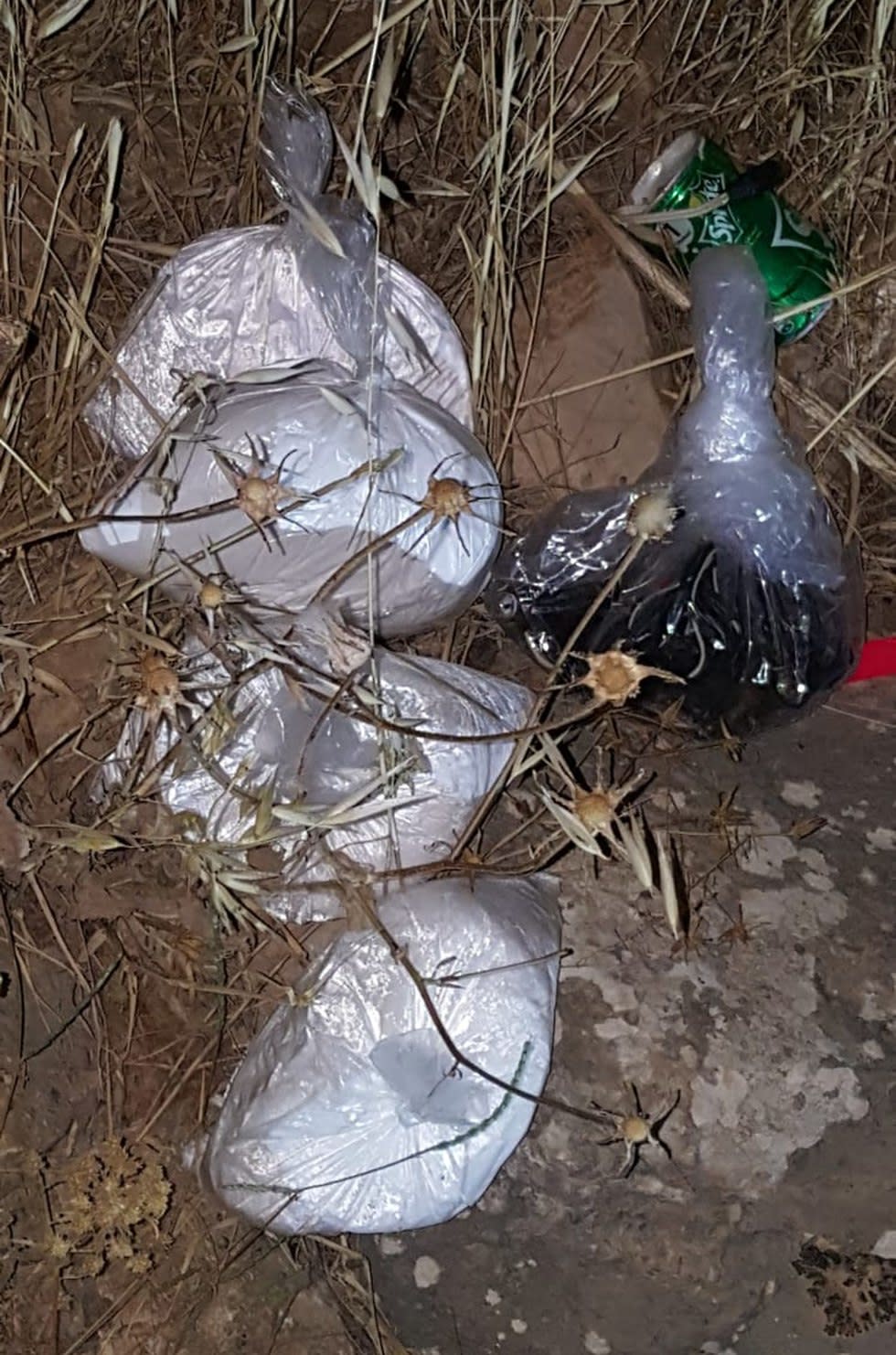 IEDs that were found near Nablus, IDF Spokesperson's UnitSome of the explosives were detonated on site in a controlled explosion by the IDF.Salem and Zavidi were indicted in a military court on Sunday and detained until the end of court procedures.While the Shin Bet identified the cell as being part of the Hamas terror group, according to Salem’s indictment the idea to carry out the attacks began after Zavidi spoke to a member of the Al-Nusra Front in Syria, now known as Tahrir al-Sham, by using the Telegram messenger service.Weapons belonging to a Hamas terror cell foiled by Israel in June, 2018 (Shin Bet)The militant in Syria is believed to have offered Salem $100,000 to manufacture a bomb and detonate it next to Israelis or IDF facilities. He was charged with attempted manslaughter, illegally creating and transporting an explosive, belonging to a terrorist group, contact with an enemy agent, conspiracy to commit a shooting, bringing terrorist funds into the West Bank and obstruction of justice.The other cell members are expected to be indicted in the near future.“This case again shows the desire and efforts that Hamas is investing in building terrorist infrastructures in Judea and Samaria in order to carry out severe attacks in Israel, said a senior Shin Bet officer, adding that “This case also indicates Hamas’ desire to carry out attacks against Israeli targets while undermining the current relative quiet.“Severe attacks and loss of life have been prevented. We, along with our partners in the IDF and Israel Police, will continue to take determined action to thwart Hamas’s murderous intentions. Infrastructure members will be dealt with to the fullest extent of the law,” he continued.Prime Minister Benjamin Netanyahu issued a statement saying that the arrest of the cell members illustrated Israel’s need to maintain security control throughout the West Bank.“The Shin Bet, the IDF and the Israel Police thwarted a Hamas terror cell which tried to carry out explosive attacks in Jerusalem and Tel Aviv from Nablus from inside Judea and Samaria,” he said, adding that “Hamas is trying to harm us both from Gaza and from Judea and Samaria. That is the reason that we will continue to maintain security control over the entire area west of the Jordan.”Nablus was considered the central hotbed of terrorism in the West Bank during the Second Intifada from September 2000 to mid-2005, which saw close to 1,000 Israelis killed and thousands more injured.Since the beginning of the latest wave of violence to hit Israel and the West Bank that began in September 2015, numerous Hamas attacks have been thwarted by security forces. During Hanukka, Hamas members from the village of Tel near Nablus planned to kidnap hostages and use them as bargaining chips to negotiate the release of Palestinians held in Israeli jails.In January, security forces broke up a 17-member Hamas cell in the southern West Bank whose members had been active in promoting terrorist attacks under the guidanceof a Hamas activist in the Gaza Strip.