State wants to issue Sussiya opinion only after US elections

The state initially asked for a two-day delay. Then on Thursday it stated that it wanted to wait three months. 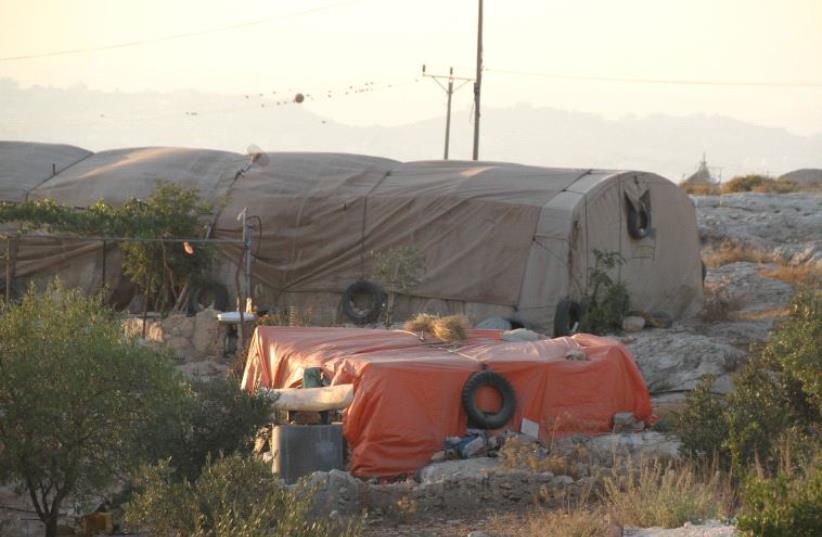 Sussiya
(photo credit: TOVAH LAZAROFF)
Advertisement
The state wants to wait until November 15, one week after the US presidential elections, before answering a request by the High Court of Justice for its opinion on whether to raze the unauthorized Palestinian herding village of Sussiya. The court has not yet responded to the request.The High Court had ordered Defense Minister Avigdor Liberman to issue his opinion on the matter by August 15, but the state initially asked for a two-day delay. Then on Thursday, it said it wanted to wait three months so Prime Minister Benjamin Netanyahu can weigh the question further.Liberman and Netanyahu are under pressure both from right-wing politicians who want to see the village demolished and from the international community, which wants Israel to legalize it.The small encampment of some 100 tents and shacks, home to 300 people, lacks a paved road and has no utilities, save for solar power panels.It, nevertheless, has been the subject of a growing international campaign by left-wing activists and Western governments that want to save the village. US and European Union diplomats who have spoken with Israeli officials on the matter.Regavim, a right-wing NGO promoting Jewish control of land and a party to the case, told the High Court that it opposed the request.It's the direct result of "international pressure that has been exerted on the prime minister," Regavim's attorney Boaz Artzi told the court."This is unacceptable international intervention in Israel's internal affairs," Artzi wrote to the court, asking that a delay of just one month be granted to the state to issue its opinion.Attorney Avital Sharon, who represents the villagers, said the delay was acceptable as long none of the structures were demolished in the interim.In its statement to the court, the state said it would not move against the village during the legal proceedings, but cautioned that its guarantee to hold off on demotions was not applicable to structures that were erected after February 24, 2014, when mutually agreed upon legal injections forbade such construction.Sharon asked the court to protect these structures, as well, requesting that the state be forced to prove that this was new construction as she noted that at issue was housing for 100 people. In past documents relating to the case, that number has been set at about 30 structures.The High Court on Thursday did not respond to the state's request for a delay, instead opening a discussion regarding the 30 structures and asking the state if it would provide the villagers with advance notice before any demolitions. No deadline was given for a response.The court case is the tail end of a decades-long dispute between the state and the village of Sussiya with regard to housing on their agricultural lands. The Palestinians want a master plan for the area that would allow them to legally place structures there.The state had wanted to relocate them to an alternative location and provide them with housing there.The two sides had been close to an agreement that would have allowed them to remain at their current site or near enough to their current site to satisfy them, but talks were put on hold in June when Liberman replaced Moshe Ya'alon as defense minister.