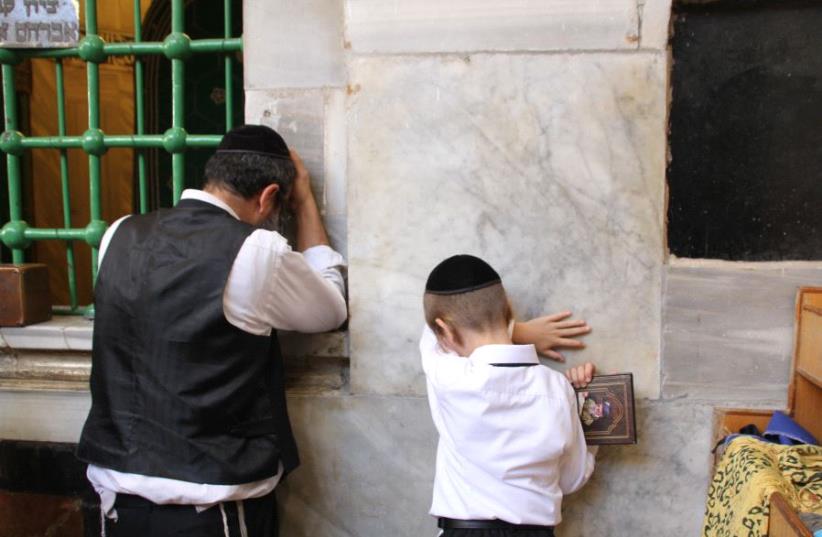 Praying inside the cave
(photo credit: TOVAH LAZAROFF)
Advertisement
Within a space of a few hours on Friday, the text inscribing Hebron as a Palestinian world heritage site dramatically shifted from one that advised rejecting the proposal to one that accepted it.The two texts, each drew from the same report by the International Council of Monuments and Sites, an independent body of experts that evaluates property for inscription on the World Heritage List and the World Heritage in Danger list.Yet the first text quoted ICOMOS as indicating that: “The comparative analysis has not so far justified consideration of the property for the World Heritage List.”The second text, which was approved, said, “the nominated property, unquestionably justified criteria (II), (IV) and (VI) as well as conditions integrity and authenticity.
UNESCO declares the Cave of the Patriarchs as Palestinian, angering Israel (Reuters) 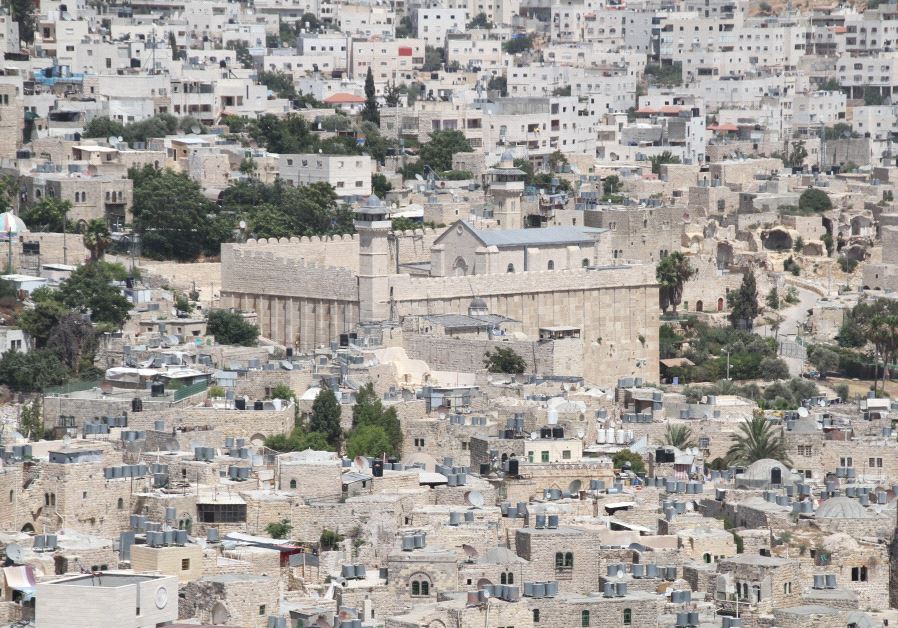 Aerial shot, the Tomb and the surrounding old town (photo: TOVAH LAZAROFF)ICOMOS in the body of its report said that the Palestinian Authority’s submission for Hebron/Al-Khalil’s Old Town and the Tomb of the Patriarchs had failed to provide enough documentary evidence to meet three requirements for inscription, but felt that it could do so at a later date.Category II: The argument that Hebron’s Old Town was “a multi-cultural City,” “a pilgrimage city” and consideration of “the architectural sedimentation in Al-Ibrahimi Mosque/The Tomb of Patriarchs.Category IV: The city’s “urban structure and layout” as well as it’s “architectural typology.”Category VI: Hebron as “a Holy city and pilgrimage centre” as well as its “association with spiritual values and beliefs of outstanding universal significance.”It noted in particular that the PA’s decision to focus on the city’s Muslim history starting from the Mamluk period in 1250, excluded a significant element of Hebron’s unique 3,000 year history that tied it to three monotheistic religions; Judaism, Christianity and Islam.Despite its rather strong wording within the body of the report, its summary was inconclusive. It failed to recommend the site, but did not reject it either. ICOMOS also took Israel to task for barring it from making a field visit, noting that this made it impossible to evaluate whether the site met the criteria for including on the endangered list.An initial draft text attached to the report had four brief paragraphs that explained the request for inclusion and said that ICOMOS had been barred from making a field visit.Israel’s Ambassador to UNESCO then complained to the secretariat of the World Heritage Committee asking that the text reflect the ICOMOS recommendations.The text was then amended to include a paragraph 5 that stated: “Also acknowledging that in its evaluation report ICOMOS indicates that: a) “The comparative analysis has not so far justified consideration of the property for the World Heritage List”, b) The three criteria proposed (ii, iv and vi) have not so far been demonstrated or justified, c) a strong potential for Outstanding Universal Value could be demonstrated for an enlarged property that includes Tel Rumeida (the site of Biblical Hebron), the three areas of the old Town, and other sites of religious associations in order to reflect the heritage values of Judaism, Christianity and Islam.”When the World Heritage Committee opened its meeting on Hebron on Friday morning Lebanon and Cuba objected to the modification of the text and argued that its amendment was a breach of procedure. That text was then rejected. Lebanon, Cuba and Kuwait put forward an alternative text to what the secretariat had proposed which stated that the site did meet the criteria for inclusion.It stated: 6. Consider that the nominated property unquestionably justified criteria (II), (IV) and (VI) as well s conditions of integrity and authenticity.7. Also considers that the property is faced with serious threats which could have deleterious effects on its inherent characters and for which an immediate action by the World Heritage Committee is needed.8. Inscribed Hebron/Al Khalil Old town on the World Heritage List on the basis of criteria (II) (IV) and (VI) 9. Also inscribes Hebron/Al Khalil Old town on the World Heritage list in danger.”It passed by secret ballot with 12 approvals, three rejections and six abstentions.Click here for the full text of both resolutions.