A national security adviser said the administration had successfully brokered a ceasefire agreement by cooperating with Moscow and "with Israel, with Jordan involved." 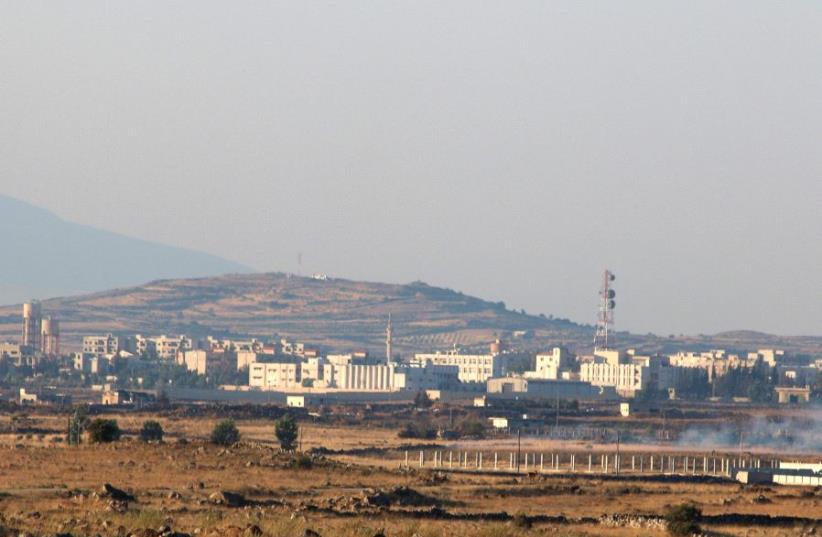 A general view shows Baath city, bordering the Israeli Golan Heights, Syria June 24, 2017.
(photo credit: REUTERS)
Advertisement
WASHINGTON – Israel was involved in negotiations over the cease-fire currently holding in southwest Syria alongside Russia, Jordan and the United States, a White House aide said on Thursday.Speaking with CNN’s Jake Tapper, Sebastian Gorka, a national security adviser to US President Donald Trump, said the administration had successfully brokered a cease-fire agreement by cooperating with Moscow and “Israel, with Jordan involved.”After the interview, an administration official clarified to The Jerusalem Post that the Israelis were “not a party to it, but were consulted.” Areas under the agreement’s jurisdiction are close to the Golan border.Hours before the cease-fire was announced, Prime Minister Benjamin Netanyahu and Russian President Vladimir Putin discussed the matter by phone “in the context of joint efforts against international terrorism,” the Kremlin said in a statement. The cease-fire took effect on Sunday and has largely held, according to US officials.The US administration is “encouraged by the recently agreed cease-fire in southwest Syria, approved by President Trump and President Putin just last week,” Brett McGurk, special presidential envoy for the global coalition to counter ISIS, told reporters on Thursday.“This initiative was painstakingly negotiated by Jordan, the United States and Russia.It’s one of many to de-escalate the underlying war, maintain the territorial integrity of Syria, and set the conditions for a Syrian- led political settlement.”“We call on all sides in this terrible conflict to ensure that adherence to the ceasefire arrangement holds, as it is defined by a very carefully drawn line of contact,” McGurk said.