Researchers concluded that the accelerated corrosion is a threat to preserving archaeological metal objects in the ground.

A Roman bowl dating back to the Roman period between 43-410 AD was excavated in the county of Kent in southeast England, where researchers discovered that pesticides can accelerate the bowl's corrosion.

Corrosion is "the deterioration of a material as a result of its interaction with its surroundings," as described by ScienceDirect.

The peer-reviewed study was published in the journal Scientific Reports on Thursday, where researchers noticed that both the interior and exterior of the bowl "had areas of deterioration containing green and brown-colored corrosion."

The discovery of the ancient Roman bowl actually took place nearly six years prior to the study's publication by a metal detectorist at a depth of 40 cm in clay soil with chalk inclusions.

What were the results of this study?

The researchers concluded that the accelerated corrosion is a threat to preserving archaeological metal objects in the ground. 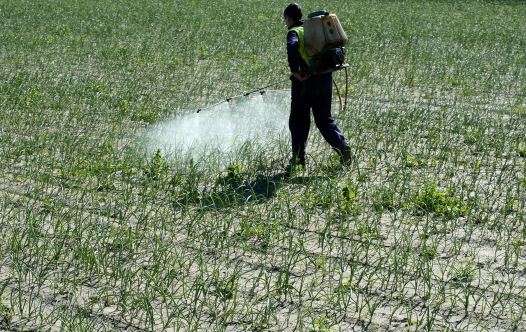 They identified chlorobenzenes in the green corrosion, which are "soil contaminants in rural areas from the use of pesticides." Chlorobenzenes, however, are no longer used in the UK.

In the brown-colored corrosion, researchers found a modern compound that is still used in insect repellents known as diethyltoluamide (or DEET).