The temple of the discovery was dedicated to Osiris, who was worshipped by Greek leaders in Egypt around its construction between 280 and 270 BC.

An underground tunnel that was recently discovered may lead to the long-lost tomb of the Egyptian Queen Cleopatra, according to a Saturday report by Ancient Origins, citing the Egyptian Tourism and Antiquities Ministry.

The newly-discovered tunnel, which stretches over 1,300 meters, was found 13 meters below the Taposiris Magna Temple, west of Alexandria in Egypt. Since its discovery, the tunnel has been under investigation in the search for the tomb.

The temple of the discovery was dedicated to Osiris, who was worshipped by Hellenic leaders in Egypt around its construction between 280 and 270 BC.

The tunnel was discovered by Dr. Kathleen Martinez, who heads the Egyptian-Dominican archaeological mission of the University of San Domingo.

More information on the discovery

Amongst other findings made by the archaeological mission include ceramic vessels and pots, as well as two alabaster heads, one of which dates back to the Ptolemaic period. 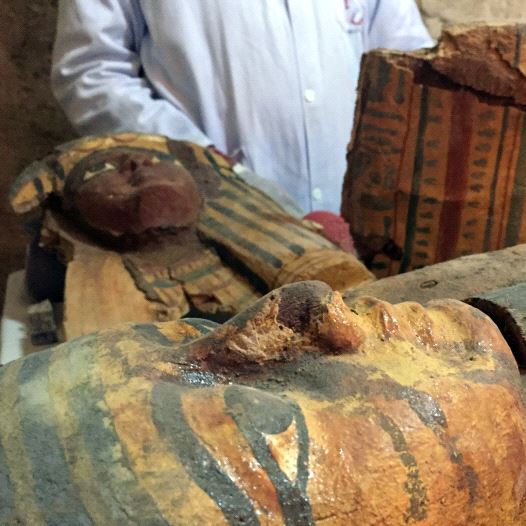 An Egyptian archaeologist documents the content of the tomb of Userhat, a judge from the New Kingdom at the Dra Abu-el Naga necropolis near the Nile city of Luxor, south of Cairo. (credit: REUTERS)

Part of the tunnel was found submerged underwater, according to the Ancient Origins report, and the research team believes that the Taposiris Magna Temple's foundations are also underwater, caused by multiple earthquakes that hit the Egpytian coast between 320 and 1303 AD.

Martinez, as the head of excavations at the temple, states that all the discoveries made by her have made her more certain that she is close to the Egyptian queen's tomb, as well as that of the ruler's husband Mark Antony.