How did the idol of an Egyptian goddess end up in a Spanish settlement?

It remains a mystery how the artifact of Hathor ended up in Spain but the research team has some theories.

A Spanish flag flutters in the air as the capital of Spain is seen from the observatory deck of Madrid's city hall August 7, 2013.
(photo credit: REUTERS/SERGIO PEREZ)
Advertisement

A fragment of an idol of the ancient Egyptian goddess Hathor was found at a Spanish settlement dating back 2,700 years by archaeologists in Salamanca, Spain, Heritage Daily reported on Sunday.

Hathor was worshiped as a consort for the gods Horus and Ra. 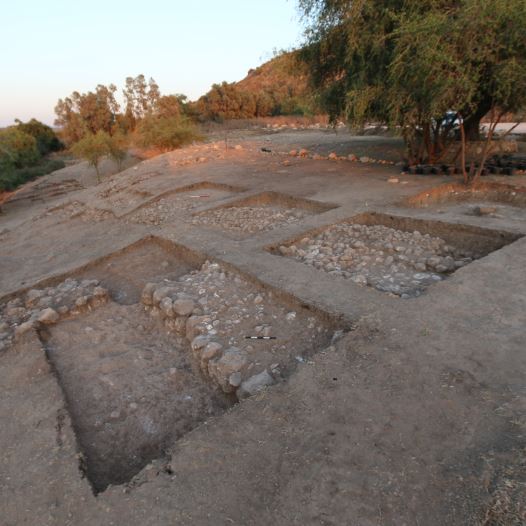 The archaeologists, Antonio Blanco and Juan Jesús Padilla, are researchers from the University of Salamanca, the report said. The two also uncovered amulets and painted ceramics.

The excavation took place on the Cerro de San Vicente, a settlement which researchers have already explored over 1,000 square meters in thirty years.

The ceramics themselves depict the Egyptian goddess, and the fragment is around five centimeters long.

How did a depiction of Hathor find its way to an Iron Age site in Spain?

It remains a mystery how the artifact ended up in Spain.

The team inferred that a Phoenician delegation may have brought the fragment as a gift or to trade, however, there is also the possibility that the inhabitants of the settlements had adopted the communication symbols of far reaching eastern Mediterranean cultures.

Both theories are backed up by an excavation last year in which the team uncovered a blue amulet that also depicts Hathor.