This ancient tomb was able to perfectly register the solar cycle, researchers say.

A tomb in Egypt’s necropolis of Qubbet el-Hawa (Aswan) has been found to be precisely oriented to the winter solstice in such a way that the sun’s rays bathed with its light the place that was intended to house the statue of a governor of the city of Elephantine who lived at the end of the XII Dynasty around 1830 BCE.

The architectural design of these tombs differed greatly from that of the Old Kingdom with elongated spaces around these axes in relation to the solar cycle. As architecture, was excavated from the landscape itself, the presence of the sun was decisive in letting light in through the single doorway, which acted as a transitional threshold to project the sunlight indoors. 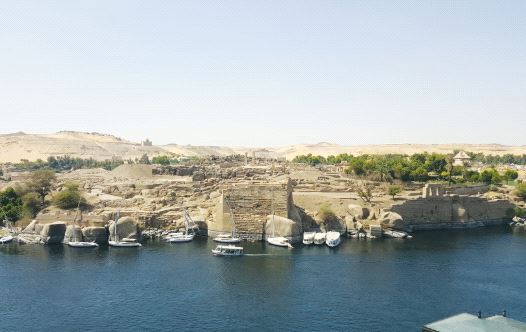 In their research, recently published in the prestigious scientific journal Mediterranean Archaeology and Archaeometry under the title “Solar geometry and the organization of the annual cycle through architecture and the funerary landscape in Qubbet el Hawa,” they wrote that to achieve perfection in the orientation nearly 4,000 years ago, the Egyptian architect simply used a two-cubit pole around one meter long, a square and some robes with which he was able to perfectly calculate the orientation of the funerary chapel and the location of the statue of the governor.

They explained that the Egyptian architect not only achieved the perfect orientation but also designed its volume with great precision, as determined in a previous paper published by the UJA in 2020 that the volume of the tomb was perfectly calculated to avoid being coincident with any previous tomb.

The tomb of this governor, cataloged with No. 33 and possibly built by Governor Heqaib-ankh, was excavated by the UJA between 2008 and 2018. From that time on, it has been architecturally studied by different specialists, among them, the Professor of Architecture at UMA, Lola Joyanes, who has been participating in this project since 2015, working on her own line of research since 2019.

The work this researcher of the UMA has performed in the necropolis involves everything related to architecture and landscape, particularly, their study through drawing and photogrammetry.

“This study demonstrates that Egyptians were capable of calculating the position of the sun and the orientation of its rays to design their monuments. Although the tomb No. 33 of Qubbet el-Hawa is the oldest example ever found, certainly it is not the only one,” the researchers added. say the scientists.