The buried dogs, 87% of which were puppies, are thought to have died as a result of flooding, according to archaeologists. 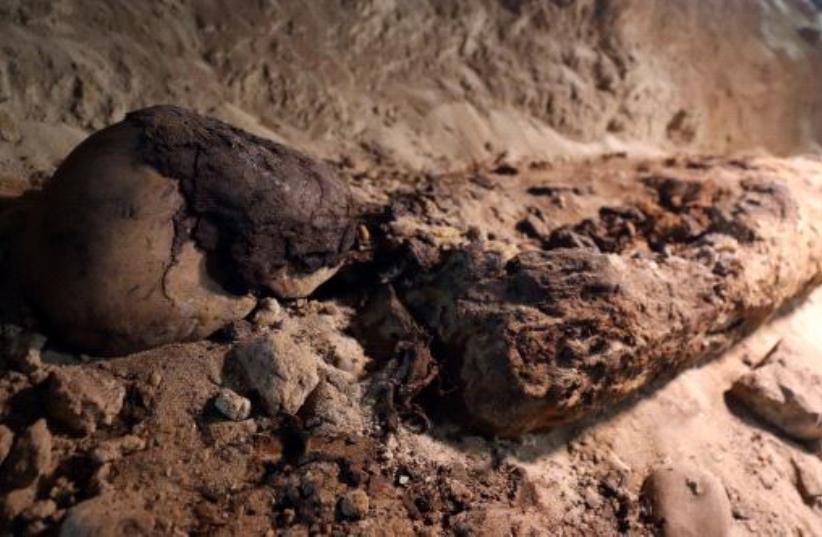 Archaeologists from the Center for Egyptological Research of the Russian Academy of Sciences have discovered the body of an eight-year-old child and 142 dogs buried together in Egypt.

The discovery, made near Cairo, was dated between 1st century BCE and 1st century CE. During this time, the Romans assumed control over Egypt.

The buried dogs, 87% of which were puppies, are thought to have died as a result of flooding. The Archaeologists were able to assess that they died simultaneously, with no violence involved. They also found blue clay on the dogs, which was found in reservoirs during that period, supporting the theory that the dogs had drowned.

Despite ancient Egyptians worshipping numerous animals, dogs were not generally believed to be sacred. They were used as pets and for labor. However, some dogs were mummified and buried with their owners. The ancient Egyptians believed that the dog-headed gods Anubis and Upuat were with the souls of the dead in the afterlife. Some dogs were sacrificed to play the role of an amulet in a burial.

The only case to which similarities can be drawn is the discovery of a child's body with 12 dogs in a cemetery in Hierakonpolis.

It is unknown why the boy was buried there. The researchers' working theory is that the boy died while caring for the dogs and was buried with them.

It is unlikely that the boy and his dogs were executed. According to Egypt Today, children in ancient Egypt were treated well with access to education and were forbidden to learn a trade.

The average life span in ancient Egypt, according to the American Society of Research Overseas, is 22.5-25 years for men and 35-37 years for women.